SME DAILY's sportswriter Peter Fukatsch has a bone to pick with Slovak Olympic athletes, despite the fact that they brought home six medals - two gold, two silver and two bronze. The Slovak Spectator took time out to find out what lies behind Fukatsch's ingratitude.
The Slovak Spectator (TSS): Summarise, if you will, the performance of Slovak athletes at the 2004 Olympic games in Athens, Greece. What value do our countrymen's achievements have in the sports world at large? 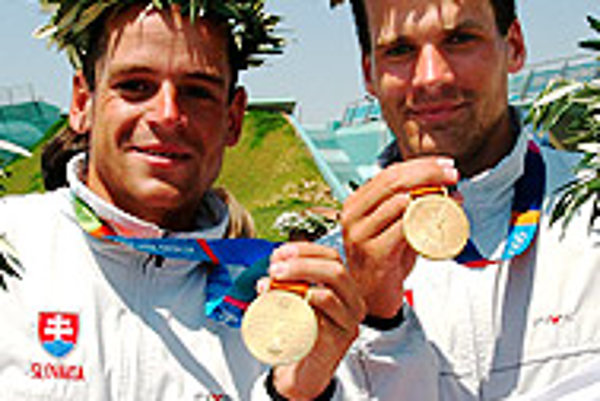 Font size:A-|A+0
SME DAILY's sportswriter Peter Fukatsch has a bone to pick with Slovak Olympic athletes, despite the fact that they brought home six medals - two gold, two silver and two bronze. The Slovak Spectator took time out to find out what lies behind Fukatsch's ingratitude.

The Slovak Spectator (TSS): Summarise, if you will, the performance of Slovak athletes at the 2004 Olympic games in Athens, Greece. What value do our countrymen's achievements have in the sports world at large?

Peter Fukatsch (PF):The Slovak Olympic Team brought home three medals in water slalom (two gold and a silver), a silver medal in judo, and two bronze medals in shooting and speed canoeing - more than expected. In fact, Slovakia won more medals in these Summer Games than any other Olympic competition, even if you count the period before independence. However, the statistics are misleading.

With all due respect to the Slovak gold medallists, water slalom is not a globally significant sport. This is what I mean when I say the statistics are misleading. Let me give you an example. Argentina, which is ranked below Slovakia in terms of Olympic chances, won six medals too. But the Argentines won in football, and above all, the men's basketball tournament. These are significant sporting achievements because the majority of sports fans appreciate these sports. This goes for the Slovak fan as well.

I guess what I'm saying is that while a gold medal is no small achievement, not all gold medals are equal. Slovakia's biggest Olympic failure happened before the torch was lit, in the Olympic qualifiers. Not one of our athletes qualified for those events that capture our hearts and imaginations week after week such as football and basketball.

TSS: From Slovakia's point of view, were there any surprises or disappointments in Athens?

PF: The silver medal won by Jozef Krnáč in judo was a pleasant surprise, as was Marcela Erbanová's fifth-place performance in women's kayaking. The remaining successes went according to expectation, although I suppose I should stress that meeting expectations is no easy feat, especially in the Olympics! Still, more could have been achieved in the four-man kayak race. The fact that we had been undefeated champions for the past three years [in the men's K4 1000] added to the disappointment of third place. Even though the bronze medal is valuable, we did slip from first.

TSS: How did Slovakia fare in Athens in comparison with neighbouring countries?

PF: In this regard especially, the relativity of the medal balance comes into play. The Czech Republic's medal collection was worse than Slovakia's even though they earned two more medals than us [one gold, three silver, four bronze]. This is because our western neighbours placed more frequently in the top ten. And the decathlon gold-medal winner Roman Šebrle from the Czech Republic is very significant because decathlon winners are often considered the best athletes in the world. One thing is for sure, however, the Czech Republic is not content with its medal balance.

Hungary, which is a traditionally strong contender, fared poorly because two of its golden athletes were disqualified on drug charges. Personally I think this is not a violation of sports rules but a fraud [on the part of the Olympic committee overseeing such abuses]. But what can you do? It is the way things are right now. A Slovak athlete was also disqualified after drug testing. I am withholding judgement on his case, too. The detection of an illegal substance could have been caused by a serious illness, for example.

Germany, Poland and Ukraine are sports superpowers, large countries with an extensive Olympic history that Slovakia just cannot compare with.

TSS: How does Slovakia's performance in Athens compare with previous Summer Olympic Games?

PF: The statistics indicate that this was an exceptional Olympics for Slovakia. If our Slovak athletes had performed to the best of their abilities in all events for which they qualified, the team would have brought home four or five gold medals and two or three silver and bronze medals. As you can see, with two gold, two silver and two bronze, our team competed at nearly 100 percent of their ability. That in itself is a great thing.

TSS: How was the Slovak Olympic Team received in Athens?

PF: Very favourably. Michal Martikán, who conceded first place to Frenchman Estaguent in water slalom after a referee mistake, deserves special recognition for his ambassadorship. Martikán reacted in a very sportsman-like manner, admitting that such failures [referee errors] belong to the sport. He congratulated Estaguent and appeared sincerely happy about second place. In fact, Martikan's reaction sparked such respect that he was considered for the Pierre de Coubertin medal, an Olympic honour granted for exceptional demonstration of fair play and Olympic values.