Doing business with a Canadian accent

JOHN T Novak has been in business in central and eastern Europe for more than 17 years. He says no other country has made more effort than Slovakia in opening its markets to foreign investors. In an interview with The Slovak Spectator, the newly appointed president of The Slovak-Canadian Chamber of Commerce expanded on his views. 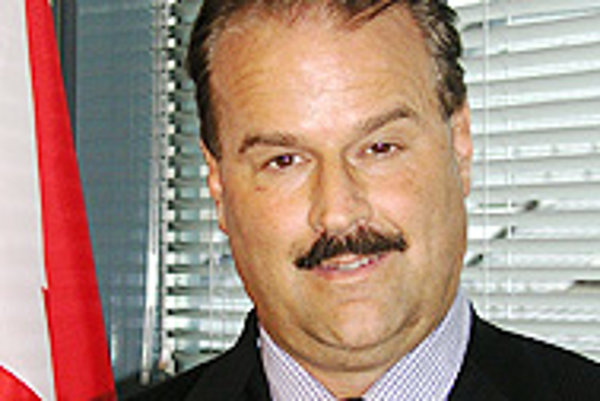 Font size:A-|A+  Comments disabled
JOHN T Novak has been in business in central and eastern Europe for more than 17 years. He says no other country has made more effort than Slovakia in opening its markets to foreign investors. In an interview with The Slovak Spectator, the newly appointed president of The Slovak-Canadian Chamber of Commerce expanded on his views.

The Slovak Spectator (TSS): What are the main areas of interest for Canadian investors in Slovakia? And have the spheres of interest changed over the past year?

John T Novak (JTN): In my opinion, the main interest of Canadian investors in Slovakia is the manufacturing sector. The highly skilled labour force that exists here, together with an ideal geographical location, is an important reason for this interest.

Slovakia's entry into the EU has bolstered this interest to include other areas like development and construction. Further to this, the Slovak-Canadian Chamber, in cooperation with our Canadian Embassy, hosted the signing of a Protocol of Cooperation (MOU) between the Export Development Canada (EDC) and the Exim Bank in Slovakia. This we feel will assist the process of developing business between Slovakia and Canada.

TSS: Has the country's EU membership changed conditions for Canadian businessmen to invest in Slovakia? Are there any new challenges?

JTN: Yes, I believe that EU accession has had a profound and positive impact on the Canadian business community for investing in Slovakia. EU membership means that there are distinct advantages for Canadians including a favourable tax structure and very safe legal structure that both protects and encourages more investments into Slovakia.

This will definitely have Canadians to learn more about Slovakia and the benefits they can enjoy by doing business here.

It also gives them the opportunity to utilise the positive business environment created here by the Slovak government and to use the country as a "gateway" into the rest of the EU markets.

We at the Slovak-Canadian Chamber aim to create an awareness of Slovakia. We encourage business development between Slovakia and Canada. The fact that Slovakia is now a member of the EU certainly makes our challenge easier to attain.

TSS: Do you feel that the Slovak government has been doing a good job in reshaping its business environment and making it investment friendly?

JTN: Yes. The government here has created an extremely comfortable business environment evident over the past year. Canadian companies want to come here and invest. This is proof that the government here are doing their job well and we hope it continues.

TSS: Slovak entrepreneurs still have a hard time succeeding in the demanding Canadian market. Do you think that the situation might change in the near future?

JTN: This is true. But I believe if more of the "awareness" I mentioned earlier can be created in Canada on behalf of Slovak companies wishing to do business in Canada, it will get better. We are working very closely with our counterparts in Canada, the Canadian government, and our Embassy here in Slovakia in order to achieve this goal.

TSS: What are the Canadian or joint Slovak-Canadian ventures, which in your opinion, deserve a mention?

JTN: The most notable is the partnership between Trizak Chan, a Canadian development company, and TriGranit, which together has built a world class shopping and business centre (Polus) here in Bratislava.

Another more recent example is the construction of the PSA Peugeot Citroen plant in Trnava by the Canadian developer and engineering firm SNC Lavalin.

There are several other examples in the automotive and agricultural sector as well, particularly in manufacturing auto components. Several other small and medium-sized enterprises are up and running and other business developments which are under negotiation, of which I am not at liberty to mention. All in all, a very upbeat and positive improvement from last year.

TSS: Are there any legislative or administrative barriers in Slovakia that you think complicate business cooperation with Slovak enterprises?

JTN: Following Slovakia's entry into the EU the barriers are, in general, no different than anywhere else in the Union, but because of the business-friendly atmosphere here in Slovakia, there is actually an advantage for the entrepreneur to choose Slovakia over other EU countries.

TSS: What are the main issues that interest Canadians living or running businesses in Slovakia?

JTN: Well, I think the Canadians living here enjoy their stay very much. Actually the goods and services have greatly improved over the last couple of years. From what I have heard, the Canadian business people living here are very satisfied with Slovakia, given that the living standards have improved. We also enjoy the natural beauty of the country, especially Slovenský raj, which is very much like parts of Canada.

TSS: Slovakia recently reformed its tax system and introduced a 19 percent flat income tax rate. There are some voices from Germany, Sweden, and France calling for the harmonisation of taxes in the EU, describing the low taxes as tax dumping. What is your opinion on the issue?

JTN:I think that the advent of the 19 percent flat tax is very clever. This opinion is echoed by business people, not only in Canada but throughout the US and Europe too.

The fact that the other EU countries may not be happy about it does not make sense to me because they will also benefit from this, albeit indirectly, due to the influx of business interests from countries like North America.

The proof of this, in my opinion, is the investments made by the Fortune 500 companies, like KIA and PSA Peugeot Citroen, to name a few.

The trickle-down effect is beneficial to all. I sincerely hope that this does not harm the relations between the established EU15 countries and Slovakia.

I believe that they must give the new members, including Slovakia, a realistic chance to strengthen their economies, grow, and compete with other EU and world markets.