MOST Slovaks are quick and competent learners of foreign languages, but under the former teaching regime an emphasis on grammar usage meant that less attention was given to communication skills.
However, with the advent of more modern pedagogical methods we should begin to see an improvement in the proficiency of students' communication, claims Henry Silva, the director of Canadian Bilingual Institute and vice-president of the Canadian Chamber of Commerce in Slovakia. 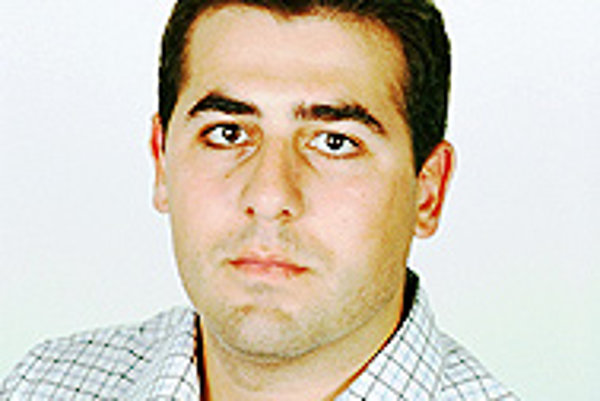 Font size:A-|A+  Comments disabled
MOST Slovaks are quick and competent learners of foreign languages, but under the former teaching regime an emphasis on grammar usage meant that less attention was given to communication skills.

However, with the advent of more modern pedagogical methods we should begin to see an improvement in the proficiency of students' communication, claims Henry Silva, the director of Canadian Bilingual Institute and vice-president of the Canadian Chamber of Commerce in Slovakia.

The Slovak Spectator put the following questions to him:

The Slovak Spectator (TSS): How long has the Canadian Bilingual Institute been operating in Slovakia, and why was it established here?

Henry Silva (HS): We have been in Bratislava for three-and-half years. I first came here about six years ago to teach English, and even then I saw a very high demand for North American English in the country, and that many companies actually wanted to have a North American teacher. When I started working with the Canadian Bilingual Institute I spent four to five months doing market research, preparing forecasts and my business plan, before I started the whole process of establishing the Institute in Slovakia with the assistance of my wife.

And it is a trend which seems to be growing, for whatever reason, perhaps because of a preference for the accent, slang, or overriding cultural reasons.

TSS: About a year ago you expressed an intention to expand to Košice. What happened to that idea?

HS: After doing my market research and assessments, we came to a decision not to expand to Košice. Although we have not yet realised our objective it is still our plan. I first want to secure our operation here in Bratislava before starting any further developments. However, we have established contacts and are ready to provide English teaching in Košice and Banská Bystrica, with teachers who comply with the methods and style of the Canadian Institute.

TSS: You said that the Canadian Bilingual Institute uses North American methods of teaching. What exactly does this mean?

TSS: What do you think is the current level of foreign language competency in Slovakia?

HS: I think English is improving here. Also the high schools and elementary schools are getting better. Possibly in 10 years there might be fewer language schools with fewer students. Slovak people are quite fast learners, I would say.

TSS: Currently, there is a discussion about the inferior quality of language teachers in state schools. Poor pay means that teaching is not seen as a good career option, with some trained teachers even leaving the profession to use their skills more profitably elsewhere. Given this situation do you think high schools can compete with language schools?

HS: I think conditions and salaries are improving, but not to a standard comparable with foreign teachers. But because these foreign teachers come to Slovakia as much for the experience as for the money, the quality of teaching can be almost equal. Maybe the private environment offers a little more flexibility, without the rules you have in state schools. But the state sector is becoming more innovative and open to change.

TSS: Do you think people in Slovakia realise the importance of learning a foreign language?

HS: Yes. I have often heard Slovak people say they must learn at least two international languages, such as German or English, which is not the case in Canada. Many Canadians speak French but the need to learn a second language in Canada is not as strong as it is with Slovaks. Given that Slovak is a minority language, in international terms, there is a feeling of necessity to acquire a more global language. Because of the spread of English its native speakers are priviledged in that they are not so motivated to learn other languages.

TSS: How would you characterise the position of the Canadian Bilingual Institute in the marketplace?

HS: I would say that we are growing. Our workload is at least double what it was last year, so we have reached a point where we have over 50 teachers on our books. Increasingly we are attracting more students and the rate of their return is really noticeable.

However, because of the economic situation many people are unable to spend as much money on lessons as they used to. Consequently we are offering students who are facing financial difficulties the opportunity to pay for their lessons on a monthly basis, instead of paying for the whole course in advance.

We try to look at the issue from the position of the Slovak student and not merely as a business venture. We also offer a flexible programme, where a student can register every month.

The age range of our students is anywhere from 16 to 60, who want to learn English for a variety of reasons, such as managers who began their careers with only Russian as their second language.

TSS: How strong is the Canadian community in Slovakia?

HS: Actually there is quite a large Canadian community here, probably at least a hundred Canadians and Canadian Slovaks. In my case, I would classify myself as a Canadian Slovak, but there are many Canadians in Slovakia without Slovak roots who are working here in law firms, insurance companies, etc.

It provides them with experience, gives them an understanding of a different culture in a new country, from which they feel that they can grow as individuals.