THE INTERNATIONAL Bratislava Music Festival (BHS) turns 40 this week. To mark the anniversary of this most prestigious event in the classical music calendar, the organisers have invited along a host of acclaimed artists to turn the festival into a fiesta of stars.
"Briefly, the programme offers six orchestras from abroad and two from Slovakia; two choirs, several chamber ensembles, and 10 renowned conductors," said the chairman of the festival committee, Miloš Jurkovič. 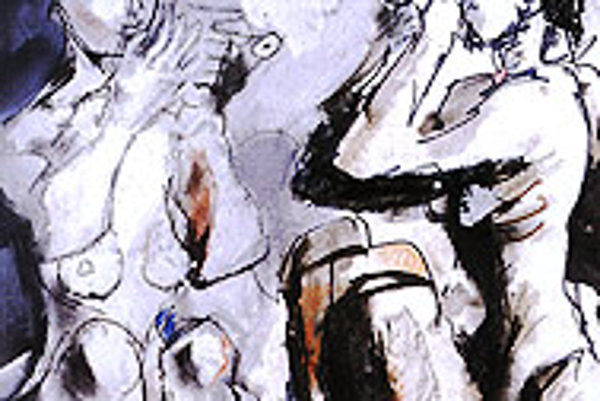 Font size:A-|A+0
THE INTERNATIONAL Bratislava Music Festival (BHS) turns 40 this week. To mark the anniversary of this most prestigious event in the classical music calendar, the organisers have invited along a host of acclaimed artists to turn the festival into a fiesta of stars.

Despite Jurkovič's obvious enthusiasm for the project, he admits that the status of the festival has decreased in recent years, becoming less popular among Slovaks, who are concerned with more pressing economic issues, and other distractions. Yet without a flourishing culture, he contests, a nation becomes impoverished.

The emphasis on this year's programme centres on the works of Czech musicians and performers of Russian origin who are claimed to be among the world's "creme de la creme".

Officially the festival opens on September 24 however, the organisers have scheduled an additional concert on September 19, when the orchestra and choir of the Slovak Philharmonic will perform works by Bohuslav Martinů and Antonín Dvořák, conducted by Jiří Bělohlávek, to celebrate the Year of Czech Music declared by the UNESCO organisation.

Then it is the turn of the veteran Slovak Radio Symphony Orchestra, which turns 75 this year, to start the music marathon on September 24, at 19:30, with Beethoven's Missa Solemnis.

Among the highlights of the jubilee festival will be the recitals of violin virtuoso Maxim Vengerov, whose concerts abroad are hugely popular, particularly among young listeners, who can expand his repertoire based on their personal requests. A master of the Stradivarius, Vengerov will hold his Voyage du Violin concert on October 6.

Another star to look out for is the Russian pianist Boris Berezovsky, who will play pieces by Rachmaninoff and Chopin on September 26, described by one critic as "an extraordinary promising artist with dazzling virtuosity and immense power." The Czech opera diva, Eva Urbanová, will also make an appearance to sing pieces by Dvořák, Janáček and Martinů on October 2. The opera section of the festival will offer the most successful pieces from the previous season, including Verdi's Macbeth and Puccini's La Bohéme.

The festival will be the stage for a number of excellent conductors. Yury Simonov and the Moscow Philharmonic will play Tchaikovsky, Shostakovich and Rimsky-Korsakov on September 29, and Iván Fischer will conduct the Budapest Festival Orchestra, performing works by Bartók and Stravinsky on September 30. On October 5 Bernhard Klee with the Bruckner Orchester Linz will premiere work by Slovak composer Juraj Beneš, with a piece that was especially commissioned for the festival by its committee.

Unfortunately, Beneš will not be present to hear his work, Concert for Piano and Orchestra, No 2, being performed as he succumbed to a fatal disease a few weeks ago. On October 1, the opera ensemble of the Slovak National Theatre will introduce his opera The Players, inspired by Shakespeare's tragedy Hamlet.

Another superlative concert in the programme will be given by the Czech Philharmonic under the baton of Zdeněk Mácal, who will conduct one of the best violoncello players in the world, Mischa Maisky, on September 27.

To close the festival the acclaimed conductor Patrick Fournillier will orchestrate Stravinsky's The Rite of Spring along with Janáček's symphony to be performed by the Slovak Philharmonic Orchestra on October 8.

Something of a novelty within the festival is a collaboration called PianoMania, when three exceptional European pianists - Belgian Frederik Croene, Hungarian Gábor Csalog, and Slovak Mikuláš Škuta - will each give a one-hour recital on September 28.

In keeping with tradition, young musicians aspiring to be future stars, will have the chance to showcase their talents at the Tribune of Young Interpreters contest. The chosen eight semi-finalists, from eight different countries, will compete on October 2. The concerts will be broadcast live on Slovak Radio.

Meanwhile Slovak jazz pianist Ján Hajnal will play his own particular brand of music during the traditional jazz evening on October 7.

In total, the two-week festival will feature musicians from 22 countries, taking in 23 concerts and 11 opera and ballet performances.

The Bratislava Music Festival runs daily from September 24 to October 8. Tickets for the concerts are on sale at the Music Centre at Michalská 10, and the Slovak Philharmonic at Palackého 2, Bratislava; and for operas and ballets at the Slovak National Theatre at Komenského námestie. Online purchase at on www.eventim.sk. The tickets cost between Sk100 and Sk800.