Migrating between two homes across continents

FOR MANY people, life under the communist regime was unbearable. The harshness and rigidity of the system was so stifling that it drove some to desperate measures. When the opportunity arose they abandoned everything in search of freedom, leaving behind their family, friends, and careers. Whereas some crossed "the wire" and remained in Europe, others fled to a totally new continent. 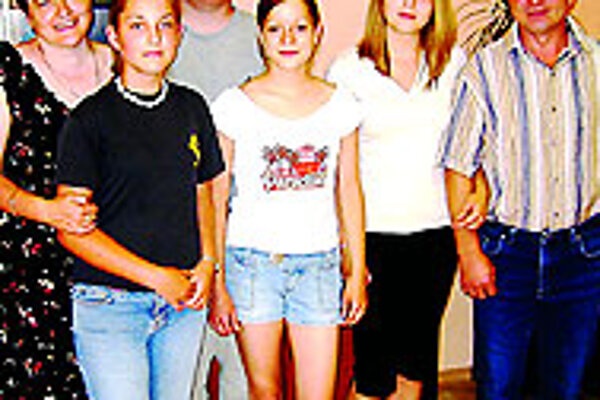 Font size:A-|A+0
FOR MANY people, life under the communist regime was unbearable. The harshness and rigidity of the system was so stifling that it drove some to desperate measures. When the opportunity arose they abandoned everything in search of freedom, leaving behind their family, friends, and careers. Whereas some crossed "the wire" and remained in Europe, others fled to a totally new continent.

Anežka and Štefan Lednický were two such people who left their small village of Ďurčiná, near Rajec, in central Slovakia, for a better life in Canada. After trekking through the former Yugoslavia they eventually made a new home for themselves, thousands of miles away, in Edmonton, in the Canadian province of Alberta, where they have lived since 1984.

With the demise of communism they occasionally return to Slovakia to visit relatives, and on a recent visit the six-member family were introduced to the regional newspaper Žilinské noviny. On behalf of The Slovak Spectator Anežka and Štefan Lednický provided the following interview. It was their fourth trip back to their homeland since the borders reopened.

Žilinské noviny - The Slovak Spectator (ŽN-TSS): When did you decide to leave your home country?

Štefan Lednický (ŠL): When I was in the ninth grade of elementary school my older brother emigrated to Canada. Because of that, our family was closely monitored by the former regime. And even though I was a good student, I was in a position where I barely made it through high school. Eventually I became an electrician.

Anežka Lednická (AL):My husband wanted to move long ago, but I resisted. We had conflicting reports about the West. The official propaganda advocated something completely different to what the illegal radio stations were broadcasting. We sensed the truth lay somewhere in the middle.

ŽN-TSS: Who knew about your intentions?

AL: Almost the whole family. We told them at the last minute. They were worried. When we bade farewell, we all cried.

ŠL: In 1984 we had been married for three years. We lived in Ďurčiná with our parents. We didn't have much but we had a three-year old son, Števko. I was 26, my wife 23. We set out for Yugoslavia on the premise of a vacation.

ŽN-TSS: Why did they allow you to go abroad when you had an emigrant in the family?

AL: With what little money we had we were not able to get far. However, we made an agreement with my husband's brother [who by this time had been living in Edmonton for 10 years]. He came to Yugoslavia and helped us to arrange things.

ŽN-TSS: How did you manage with so little English?

AL: It was impossible to study English before in order not to raise the suspicions of the communist officials. So early on it was hard. We had a teach-yourself textbook and everywhere we went we would carry a dictionary. But people there were very nice to us. They understood us, because by and large most Canadians are immigrants.

There are many Slovaks there, some even from the Rajecká dolina valley. We still speak Slovak in our house, we read Slovak books and papers on the internet. We cook Slovak food, and we meet with the Slovak community in church and various events. Our daughters study in Slovak schools. Today we speak English quite well, but the accent will probably stay forever.

ŠL: They know [Slovaks] also enjoy hockey as much as the Canadians, which is very popular in Edmonton. But when Canada plays against Slovakia, we always support Slovakia.

ŽN-TSS: How did you remain in touch with your homeland?

AL: The first years we only wrote to each other. We missed them a lot. We could talk to our countrymen abroad, but we lost our relatives - we sacrificed too much for our freedom. But the experience did strengthen the relationship with my husband because we shared everything alone. It was hard. I cried that first Christmas. We still keep the Christmas and St Nicholas traditions here as we used to do [in Slovakia] except that none of our remaining family comes over to visit.

ŠL: All the time we watched what was happening in the former Czechoslovakia. We kept track of events but didn't even think the political situation might change so quickly. Television showed a lot about the huge political changes taking place in Slovakia in 1989. To us it meant we could look forward to seeing our relatives again.

ŽN-TSS: When did you return to Slovakia?

AL: We had to wait until Christmas 1991, because our daughter Veronika was really too small to travel and we wanted all of us to go together. We had been gone from Slovakia for only seven years, but we missed that part of our lives. In the meantime some relatives had died, children were born, others had grown up, and some we didn't even recognise when we met them.

ŠL: In the four times we have since returned we can compare the changes. People have become more individualistic, more inventive. Technical products are comparable with the west. For instance, you have many more mobile phones than people back home in Canada. Over there people don't feel that much of a need to communicate between themselves in this way. They are more relaxed and mobile phones would only disturb their lives.

Also the fashion trends seem to happen here before they do in Canada. Something, though, should be done to improve the highways over here, they are important.

ŽN-TSS: Have you ever thought about moving back to Slovakia for good?

AL: We were never sorry about leaving Slovakia. And we are happy now in Canada. However, we still feel good in Slovakia. There are mountains we don't have in our part of Canada. Our children are thrilled about the castles. Before they thought they only existed in fairytales.

ŠL:Although it is always hard to leave Slovakia, we feel we actually have two homes. But we don't want to move back to Slovakia. We lack the energy to start resettling all over again. There are only so many times you can do it in life.

Miloš Skalický is a journalist with the Žilinské noviny newspaper