CAPITAL market globalisation has brought new and unexpected risks to economies. Which is why finance managers must learn how to comprehend the vagaries of world capital movements. The unification of accounting and financial reporting standards should help make capital flows more transparent and predictable.
The Slovak Spectator talked to Ivan Bošela, president of the Slovak Chamber of Auditors, to find out what progress Slovakia is making in its efforts to adopt global rules. 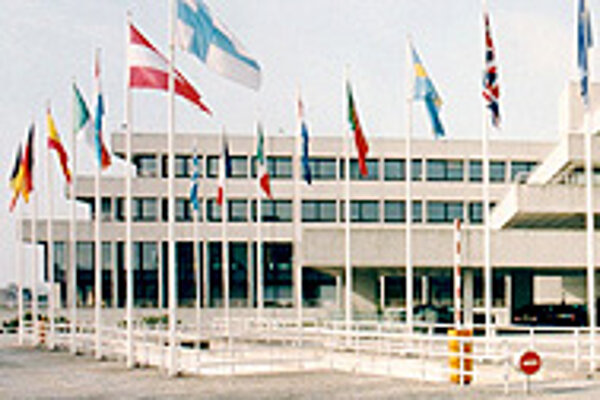 Font size:A-|A+  Comments disabled
CAPITAL market globalisation has brought new and unexpected risks to economies. Which is why finance managers must learn how to comprehend the vagaries of world capital movements. The unification of accounting and financial reporting standards should help make capital flows more transparent and predictable.

The Slovak Spectator talked to Ivan Bošela, president of the Slovak Chamber of Auditors, to find out what progress Slovakia is making in its efforts to adopt global rules.

The Slovak Spectator (TSS): The Slovak Chamber of Auditors claims that the current globalisation of capital markets requires new approaches to accessing and standardising financial information. Can you explain what this means?

Ivan Bošela (IB): Financial markets are changing rapidly. Vast amounts of money flow through banks across the European Union, and with EU enlargement accelerating investment, potential risks in the market are growing.

Currently the movement of capital flows back and forth between Europe and America, and so we must be aware of the costs and complications connected with the movement of capital. We know from experience that unexpected situations can bring severe problems. One has only to recollect the big crises in the international financial markets in the 1990s, which prompted the World Bank and the International Monetary Fund (IMF) to investigate damage limitation by anticipating market trends.

It is an issue that now concerns the accounting and auditing professions as well, where the solution should be the same: the provision of valid information to anticipate financial pitfalls.

TSS: What institutions and organisations should be interested in global standardisation of financial information? One might get the impression it is only accounting or auditing firms.

IB:It is a mistake to think it only applies to auditing firms. Initial information about financial capital comes from accountancy databases. The point is that those reports should provide information to enable managers to make the right decisions. While they do not need to be expert accountants they need to properly read the data if they are to act on it. This is where the issue of standardisation comes in. Presently there is no unity between America and Europe.

Global players like the World Bank, the IMF, and the European Investment Bank need unified outputs. And if we want to properly understand financial flows globally we must have unified information according to fixed criteria. This is why International Accounting Standards (IAS) was created and evolved into International Financial Reporting Standards (IFRS).

TSS: You mention the difference between EU and American standards. But is there any connection between them?

IB: There is a great deal of disorder throughout. The US, which is the biggest player in financial markets, has its own standards of reporting through GAAP (Generally Accepted Accounting Principles). Whereas the EU has its own directives pertaining to accounting standards.

Then there is the London-based private group International Accounting Standards Board (IASB). They have been working on globally unified financial reporting for many years, issuing voluntary world standards in financial reporting.

The EU found out very quickly that standards created by this private group are widely accepted around the world. Being unable to match this level of reporting the EU decided to accept the IASB model of international financial reporting. And so the vast process of adopting IASB's international standards into EU legislation started.

TSS: Has the process been accomplished or is it still ongoing?

IB: The process is not finished. It is particularly complex and lengthy. The IASB will invite any country or institution to proffer comments and recommendations during creation of its standard. But once their standard is adopted, it must be adhered to. The whole process is further complicated by the fact that every EU member state has the right to comment. After all the comments are assessed by London, the IASB issues the standard, which is finally ratified by the European Parliament.

Thus it is not merely a Slovak task. Larger member states such as Germany, France and Great Britain will also encounter problems before these new accounting standard are fully adopted.

The EU claims that from 2005 all organisations that want to be listed on the capital markets of Europe (the stock exchanges) will have to report their consolidated financial statements according to these standards.

It is estimated that there are approximately 7,000-9,000 organisations in the EU who already are, or want to be listed, and currently only 200-300 organisations use the IASB standard. This gives you an idea of the size of the task.

TSS: What do you think are the biggest problems in adopting such standards in Slovakia?

IB: In Slovakia we had a great advantage in that our government was able to anticipate this development in the field of financial reporting and was able to react very quickly. In 2000 the vast reforms in the fields of accounting and auditing started. Slovakia was also the first country in central Europe to obtain a World Bank grant for accounting and auditing. It means we have foreign advisors here and we are able to progress very quickly. However, it is not only the ministry that is trying to implement these standards. There are significant initiatives also being made by big players in the Slovak economy, like the Slovenská sporiteľňa bank, US Steel, Volkswagen, and Slovenská poisťovňa - Allianz among others. In fact Slovakia is further advanced in the process than other developed European countries. But we still have a long way to go.

One may ask why we cannot simply translate the standards and put them into the legislation as a package, so that small and medium-sized businesses would be able to use them as well. Well, it is not possible. Current international standards are costly and unsuitable for small and middle-sized businesses.

A "simplified version" would be needed for this group of companies.

TSS: How do you educate companies to become familiar with international standards and use them correctly?

IB: The Finance Ministry is an important initiator of the whole process, and works very closely with the Slovak Chamber of Auditors. The chamber has huge professional resources that the ministry uses.

However, the chamber still has a lot of work to do to become fluent in using international standards, and has other internal tasks to fulfil. We arrange professional seminars, and prepare educational programmes for universities. We are actively involved with the University of Economics in Bratislava and University of Matej Bell in Banská Bystrica.

TSS: What are the latest changes in Slovak legislation that have influenced the new approach to international accounting standards?