AS part of the government's sweeping tax reforms, most notably the introduction of the flat income tax rate at 19 percent, the Finance Ministry is trying to simplify the administration of taxes and improve communication between tax offices and taxpayers.
With minor changes in some tax law, through the amendment to a series of Acts on institutions of state administration, tax and payment administration and value added tax, they hope to achieve their objectives. 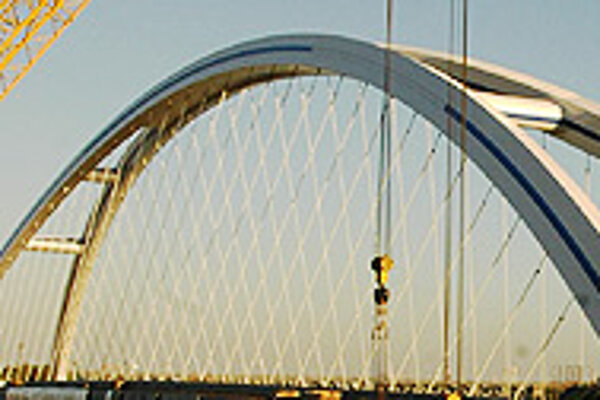 Font size:A-|A+  Comments disabled
AS part of the government's sweeping tax reforms, most notably the introduction of the flat income tax rate at 19 percent, the Finance Ministry is trying to simplify the administration of taxes and improve communication between tax offices and taxpayers.

With minor changes in some tax law, through the amendment to a series of Acts on institutions of state administration, tax and payment administration and value added tax, they hope to achieve their objectives.

Although some experts believe these amendments will not significantly impact on the business environment, as they are essentially procedural, the ministry insists they are necessary to accomplish the reformation of the whole tax system and related institutions.

"These proposals should lead to more effective tax administration, better services for taxpayers and simplified obligations and procedures for paying taxes. They [the changes] will also fulfil the commitments relating to European Union directives," Finance Minister Ivan Mikloš told the press.

The ministry also expects the changes to improve voluntary tax collection, so that taxes are collected in full and on time, whilst minimising mistakes in tax returns.

"Today the rate of efficient collection [of voluntary tax collection] is 84 percent. We would like to reach 92 percent, which is the level common in developed countries," added Mikloš.

One proposal to speed up the process is to dispense with paper documentation and allow the taxpayer to send his documents to tax offices via electronic mail. However, it is not yet clear how the issue of providing a secure electronic signature can be solved.

"Tax offices and taxpayers would have to agree on the documents they want to send by e-mail. It could be various announcements, statements, and tax returns," said Mikloš.

The Finance Ministry also has its sights set on overhauling tax office infrastructure. Presently Slovakia has 101 tax offices and tax directorates. The ministry intends to reduce this to nine, one of which will be dedicated to serving mostly large companies.

It also intends to increase the number of subsidiary branches to assist taxpayers, and will establish headquarters in regional centres. However, none of these measures will greatly affect the average taxpayer.

"The actual number of contact places will stay the same. But savings will be made through management restructuring, and the reclassification of staff," the minister said.

Subsidiary branches will largely issue information to taxpayers and deal with tax returns. According to the ministry, tax offices will be run more professionally than today, and provide consistent explanations on tax laws.

The current Office of Tax Investigation, whose function is to expose tax law violations, will be abolished and all its powers transferred to the police.

The Tax Directorate will also publish a list of registered VAT payers so that companies will be able to quickly check the status of potential business partners. To obtain this information previously entailed a lengthy process, where firms had to make a written request for each separate business entity

Tax offices will also have the right to assign outstanding tax receipts from companies to private debt collectors, dependent upon certain conditions.

According to these proposed changes in the tax laws, the government will have the right to forego sanctions against parties who fail to fulfil their tax duties. Decisions will not be made in individual cases but upon an agreed set of governmental principles.

The ministry's proposals are currently under discussion in other related ministries and institutions, and to come into effect they must be approved by the government and by parliament.