Marginalised art goes to the masses

APPROXIMATELY 3,000 professional artists in Slovakia make their living by selling their work. But for investors the contemporary market here is decidedly under-exposed.
With no regular platform to showcase progressive art, the would-be buyer is denied the opportunity to track developments in Slovak modern art. 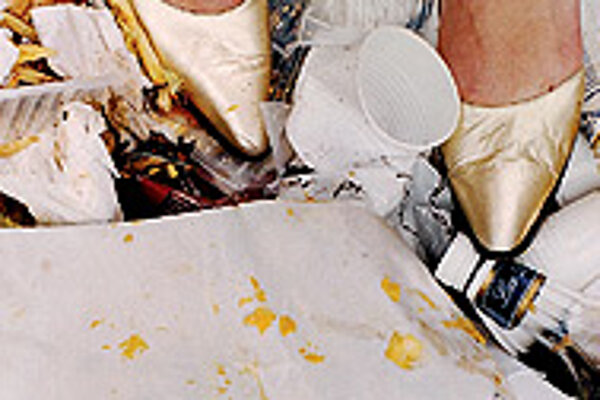 Font size:A-|A+0
APPROXIMATELY 3,000 professional artists in Slovakia make their living by selling their work. But for investors the contemporary market here is decidedly under-exposed.

With no regular platform to showcase progressive art, the would-be buyer is denied the opportunity to track developments in Slovak modern art. Consequently purchases are mostly conducted through individual sales, outside galleries.

Bratislava's auction house SOGA is only too aware of this limitation.

"The money to buy these paintings is definitely out there," said executive director of SOGA Ján Abelovský, who is keen to see the combined efforts of SOGA and the foundation pay dividends.

"In an established art market it is necessary to give comprehensive coverage to competing artists, as a matter of integrity. And in this respect we have made significant progress," Abelovský continued, admitting that in the past SOGA auctions concentrated primarily on earlier art movements.

"A distinguished artist once told me that the knowledge of an average Slovak art patron ends somewhere around fauvism [a style made popular before World War I]. In the meantime we have managed to move on a bit further, to around the period of our modern artists of the 1960s. But everything after that, which is younger and more modern, remains marginalised and carries a risk factor for the potential buyer."

SOGA's present exhibition begins with the 1960s and follows succeeding generations of artists who work in a range of mediums, from traditional painting to graphic works, through installations and video art. Before the auction opens on September 30, there will be a public showing at SOGA's showrooms.

"It is basically an attempt to show people what is being created in Slovakia, what types of art are being developed alongside each other," said Jana Oravcová, one of the collection's curators. "It highlights the artists worth displaying so that people can be exposed to their work."

The scope of the exhibition also gives younger artists the opportunity to present their creation. As the SOGA director pointed out, many significant modern artists created their best work before 35, when some were students.

One amusing anecdote concerned several students, or fresh graduates, who were setting the value for their work at higher prices than their professors because they had seen success abroad.

Among this younger school of artists are the laureates of the Oskár Čepan Prize, including Michal Moravčík, Peter Maukš Voda, Tomáš Agat Blonski, and Erik Binder.

Last year's prize winner, Moravčík, creates furniture installations with witty socialistic themes. One of the items for sale, an environmental piece called Flowers, has featured in several exhibitions at home and abroad.

"I envisage some representative from a state organisation or foundation being interested in the work. It is hardly the kind of piece someone would buy for their home. However, individual collectors with a more progressive outlook do exist," said Nina Gažovičová from SOGA.

The organiser's main problem was putting a figure on the video art works. To solve this dilema, Gažovičová sought guidance abroad, where the medium is more prolific.

Last year the auction prepared 115 works, generating Sk700,000 (€17,000) in sales. The money was used to support further contemporary art projects throughout the foundation, and provide grants for young artists.

But being a profit-oriented institution, SOGA's charitable role cannot be sustained indefinitely.

"Our aim is to gradually turn the auction into a commercial activity," said Abelovský.