Documentaries to dupe for

IMAGINE the scene: A massive new hypermarket advertises its grand opening, promising huge discounts to attract customers. The advertisements even proclaim the store to be disingenuous, but thousands of people, intent on frenzied shopping, ignore the disclaimers. Instead they form a queue outside the building, excitedly waiting for the doors to open. When the ribbon is cut the crowd surges forward, only to find on that they have been well and truly conned. 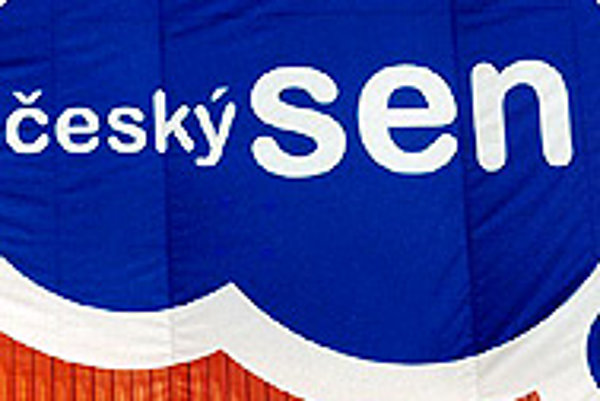 Font size:A-|A+0
IMAGINE the scene: A massive new hypermarket advertises its grand opening, promising huge discounts to attract customers. The advertisements even proclaim the store to be disingenuous, but thousands of people, intent on frenzied shopping, ignore the disclaimers. Instead they form a queue outside the building, excitedly waiting for the doors to open. When the ribbon is cut the crowd surges forward, only to find on that they have been well and truly conned. The building is nothing more than a film set, and these unwitting folk are the guinea pigs in a documentary. There are no products to buy only cameras to gape at. This is a scene from a fictive-reality documentary called Czech Dream.

Set in Prague, this piece of cinematic duplicity has divided public reaction, with supporters advocating its inventiveness, while others see it as simply playing on people's naiveté. Whatever the reactions, however, the filmmakers have achieved their intentions by arresting public awareness.

Showing at the Three Days of Documentary festival in Bratislava, Czech Dream shares a programme with other films of similar intent, made by independent production teams, who are simply following the latest trend in movie making.

"These films have a small chance to reach a large audience in Slovakia, because they do not get general distribution," said Peter Kerekes, a young and successful director who leads the three-day programme with his colleagues Robert Kirchhoff, Marko Škop, and Jaro Vojtek.

Bringing together the best of central European documentary production (all with English subtitles) to Slovakia's capital from September 29 to October 1, the programme also provides a discussion forum for film directors and independent producers.

And they all are aware that it is a festival with a difference.

"First of all, we want to present film," said Kerekes. Other [documentary] festivals focus on certain themes - minorities, human rights, or art in film - but we are only interested in good films produced in the [primarily central European] region. The only criteria are quality and unusual themes."

Apart from Czech Dream, which will have its Slovak premiere, the festival's other highlight is Across the Border, a work by five directors from those countries that share borders and comply with the Schengen Agreement. Kerekes is one of the directors.

"It's a film about borders, but borders not only in their political sense but about borders in general," he explained. "It's interesting that all the directors had a free hand in this project. The only thing that bound us was the theme of 'borders'. I chose to film the border guards, their situation since the fall of socialism."

The festival also shows Czech Woodstock, a film that traces the famous Trutnov Open Air Music Festival from its underground beginnings in 1987 up to the present day. Slovakia's contribution will be an offering by Zuzana Piussi, called Bezbožná krajina (Graceless Country). Altogether up to 40 films will be screened.

In cooperation with the International Documentary Film Festival Amsterdam (IDFA), one of the largest and most prestigious documentary festivals in the world, the organisers have prepared Europe.doc - IDFA: Focus on Europe. From the nine films being screened within this subdivision, Kerekes recommends the 2003 Polish production A Bar at Victoria Station by Leszek David.

The festival's international workshop will discuss the opportunities open to independent documentary film producers within the European Union. Led by the European Documentary Network director, Tue Steen Muller, it will take place at the Czech Centre on October 1.

"Recently, documentary film has experienced a large boom thanks to reality productions [such as Czech Dream, and Fahrenheit 9/11 by Michael Moore]. The discussion will analyse the different production approaches used to stir up public interest in documentary film," Kerekes concluded.

The Three Days of Document festival will run at the Mladosť cinema (around Sk30) and the Czech Centre (free entry). The screening will be held daily from September 29 to October 1, from 15:30 to midnight at Mladosť cinema and from 16:00 to 20:00 at the Czech Centre. All documentary films are with English subtitles.