MUNICIPALITIES in Slovakia will start operating under new budget laws following parliament passage of the so-called fiscal decentralization on September 23.
Parliament has ratified four laws that replace state funding for municipal budgets with a direct share of personal income taxes, local taxes and a local fee.
Although individual municipalities cannot anticipate how they will profit or suffer under the new system, they backed the Finance Ministry's fiscal reform. 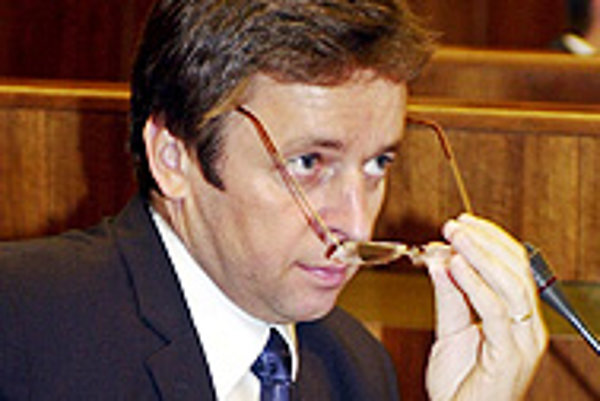 Parliament has ratified four laws that replace state funding for municipal budgets with a direct share of personal income taxes, local taxes and a local fee.

Although individual municipalities cannot anticipate how they will profit or suffer under the new system, they backed the Finance Ministry's fiscal reform. Decentralisation gives them control over their budgets, and the chance to fill the coffers when the economy is strong.

The Finance Ministry expects that revenues from personal income tax, and local taxes and fees will grow faster than municipal expenditures. However, for 2005, the Finance Ministry has guaranteed municipalities Sk33 billion (€820 million), even if new sources of funding do not generate that amount.

Under the fiscal reform, 70.3 percent of income and local taxes and fees will go to municipalities, 23.5 percent will go to higher territorial units, and 6.2 percent will remain with the state.

The deputy chairman of the Association of Slovak Towns and Cities (ZMOS), Vladimír Bajan, who is also the mayor of Petržalka in Bratislava, said he is pleased that the state is removed from the process.

All eight new taxes are facultative, meaning that the Finance Ministry did not set any maximum limits, leaving municipalities free to charge what they will. Of course, municipalities can also decide against levying any of them.

Higher territorial units, which oversee several municipalities, are also entitled to levy vehicle tax under the fiscal reform. This tax will replace the current road tax.

Big cities will profit from a so-called quantitative coefficient. As centres of employment, education, and entertainment, cities will receive more funds to offset its higher infrastructure costs, such as extensive public transportation services.

Parliament members were largely in agreement, saying that the reform was approved in a form they wanted.

The cabinet plenipotentiary for decentralisation, Viktor Nižňanský, said, "All municipalities should profit from the system within three years."

Fiscal decentralisation is a continuation of the public administration reform in which the central government transferred many of its decision-making rights and responsibilities to the municipal governments.

Municipalities complained that they had not received sufficient funds to take on the transferred responsibilities. With fiscal decentralisation approved and their hands free in setting taxes, they are expected to be able to manage their duties.

The consequence of the new laws is that some towns and cities may raise local tax rates. Such hikes are expected mainly in Slovakia's biggest cities, such as Bratislava and Košice.

"Some municipalities will not be able to avoid rate increases," said the head of the Association of Slovak Towns and Cities, Michal Sýkora, following a September 22 meeting.

He noted, however, that individual municipal leaders should be sensitive that fees do not fall too hard on its regional inhabitants.