THE RESIDENTIAL market in Bratislava is one of the most competitive of the Visegrad Four countries. Proximity to Vienna and a thirsty demand for apartments make the city much sought after by foreign investors. The Slovak Spectator asked Laurie Farmer, managing director of Home Direct, founded by the Spiller Farmer real estate agency, for his assessment of the Slovak residential property market. 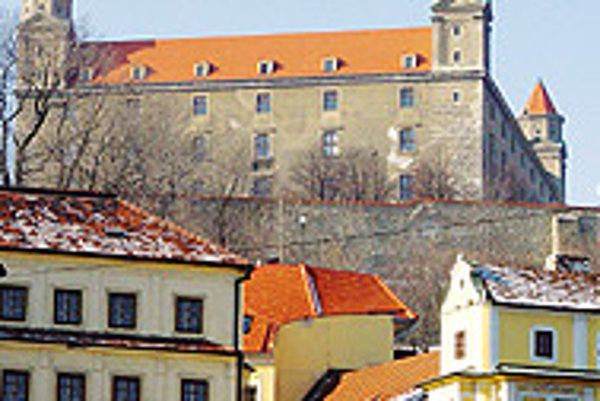 Font size:A-|A+  Comments disabled
THE RESIDENTIAL market in Bratislava is one of the most competitive of the Visegrad Four countries. Proximity to Vienna and a thirsty demand for apartments make the city much sought after by foreign investors. The Slovak Spectator asked Laurie Farmer, managing director of Home Direct, founded by the Spiller Farmer real estate agency, for his assessment of the Slovak residential property market.

The Slovak Spectator (TSS): Before Slovakia entered the European Union there was a prevailing opinion that foreigners would overrun the country's residential property market, consequently forcing up prices - at least in Bratislava. It seems, however, that prices and activity on the Slovak real estate market are stagnating. In your opinion, what changes and challenges has EU accession brought to the Slovak property market?

Laurie Farmer (LF): First of all, we do not agree that the market is stagnating and that prices have not increased on the apartment market in Bratislava. There is one factor that has principally changed the situation, almost at the same time we joined the EU, which was increased value added tax at 19 percent.

I am not saying that prices have gone up by 19 percent but, developers are making less net income from sales and consequently apartments are costing more money.

The second factor is also important. Home Direct believes that in Bratislava there will be demand for at least 45,000 apartments over the next five years. It is generally considered by big investors who understand the real estate market that our estimate of 45,000 apartments is probably conservative. It means, every year you would have to build about 9,000 apartments, which is physically almost impossible. Last year only about 900 apartments were completed.

Bratislava has only 3 percent unemployment. More people will come to the capital and they will want to buy their apartments. Prices will rise again.

TSS: Has the Slovak residential market reached the point where it is attractive for foreign investors?

LF: Foreigners who invest in residential property are generally individuals who have money but do not want to invest in the stock market. Instead they buy apartments to obtain rental income and capital gain.

But we think that situation will change in coming months and we will see a lot more transactions occurring for individual external investors, who will not necessarily live in Bratislava, but buy apartments for leasing.

TSS: What would you recommend to a foreigner who would like to come to Slovakia and invest on the Slovak real estate market?

LF: That investor needs to be quite careful in what he is being told. He should look at the facts, he should have the right research information. He should get somebody to underwrite the values that they are physically there to make sure that what he is buying is not going to be uncompetitive in the future.

TSS: Could you compare the Slovak residential market with the other Visegrad Four countries (Hungary, Poland, the Czech Republic). It seems Slovakia usually lags behind the processes of change that go on in neighbouring countries. Is it the same with real estate?

LF: In the Czech Republic there has been a proper residential market for the last three or four years. Slovak people, this is my opinion, when they buy property they like to live in it. That is OK, but it is not necessarily good from a business point of view.

If you want to maintain a foothold on the property ladder, the best thing to do is that when the market is growing, continually move. For example, you bought an apartment and it cost you €100,000. Suddenly its value goes up. You should sell your apartment quickly to get a better value, and return on your investment, and buy something in a smart way, to move you up to the next rung on the property ladder.

This way you grow your portfolio. But you should buy only after thorough research, to get to know which market will grow next. That is something some people in Bratislava seem not to understand, because they have no experience of it. But in Great Britain, and Germany, where the market is growing, it is very common for people to move sometimes within six months. That creates the market itself.

There is no reason not to believe that more Austrians will want to live in Bratislava because this is where companies will be based in the future. They will be not based in Vienna because it is incredibly expensive to have their business there.

Once that happens prices will go up again. We have this huge strategic advantage that we have a very wealthy neighbour who will always push the value of property up. The question is whether it gets to the same level as in Vienna or not. Nobody, in my opinion, is going to pay €15,000 a square metre for an apartment in Bratislava. But people said to me a year ago that nobody would ever pay €3,000 a square metre and we are now selling apartments for this price.

The market in Bratislava is very competitive. There is here one of the biggest demands for apartments in the cities of the V4 countries, and that will attract big investments.

TSS: You said the residential market in Bratislava has great potential, also for foreign investors. What about the rest of Slovakia?

LF: A real estate market develops around industrial areas. There you have two groups of people wanting to get apartments. First there is management and expatriates, then there are people working in industry.

At the management level it is likely that the market will be absorbed by local investors because it is a small market and local investors have enough money to sustain it.

As for working people, local authorities will just have to start building apartments for rent. The reason is that these [lower paid] people will not have enough money to get a mortgage over the next few years. You will not find international developers investing in these markets because they are not profitable.

I would like to make another remark about the non-Bratislava regions. It is not true that apartments in other places of Slovakia do not cost the same as they do in Bratislava. If you go to the High Tatras you will pay as much for a nice apartment there as you would in good location, maybe €1,000 a square metre. But, is there a market for foreign investors elsewhere in Slovakia? Probably not. It is a very small market.

You also have to understand that people in Slovakia very often build their own houses with the help of their friends, and this is difficult for the market as well. That always happens when their time is less expensive than employing a builder to do it. But hopefully in 10 years' time the market will change, when you should end up with a situation where proper houses are being built by local or international contractors.