RICH in folk rhythms and flowing melodies, Spartacus is a ballet that should pack an emotional punch. Its plot involves an ultimately unsuccessful uprising against injustice, and its choreography bursts with alternating visual and sensual dances highlighting the virtuosity of the male corps de ballet. 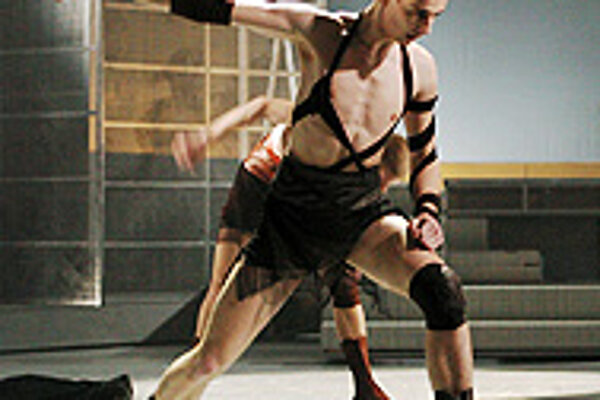 RICH in folk rhythms and flowing melodies, Spartacus is a ballet that should pack an emotional punch. Its plot involves an ultimately unsuccessful uprising against injustice, and its choreography bursts with alternating visual and sensual dances highlighting the virtuosity of the male corps de ballet.

After all, Aram Khachaturian, the composer of Spartacus' dramatic score, once said that the art of dance reflects "the struggle of nations and the spiritual suffering of the human soul".

Unfortunately, The National Theatre's production of Spartacus on Saturday night lacked the composer's dedication to the work's passionate core. The choreography left ample opportunity for the dancers to display their dramatic and technical abilities, but it was conceived on a primarily intellectual view of Spartacus, as a story about "a man unmistakably driven by what he wants to achieve". This may have confused the dancers, who often failed to imbue the visually impressive and technically demanding choreography with the appropriate level of emotional content.

Jozef Dolinský (Spartacus) is a muscular dancer with a presence befitting the title role. His strength and agility showed through, especially in the folk dance parts of Act I, but his dancing lacked refinement and emotional expression. His technique was also sometimes weak, such as when he fell out of a single tour en l'air.

When the performance was dramatic, it was because of Andrej Kremz (Crassus). His impressive confidence added much-needed intensity, and clearly inspired Klaudia Bittererová (Frygia) to take more artistic risks. She and Kremz appeared extremely comfortable together during their Act I pas de deux, and their elegance and precision provided the performance with one of its shining moments. Viktória Šimončíková (Aigina) was appropriately sly in her portrayal of Crassus's loyal wife, and her technique was sound, with beautiful port de bras.

The orchestra, led by conductor Martin Mázik, brought out the best in the music. Its tempo and consistency provided just the support necessary for the cast to demonstrate their impressive musicality. This synergism was most evident in scene 7, when the timpani section and male corps de ballet truly fell into synch, causing a palpable rise in the dramatic tension.

But Dolinský's acting was anti-climactic in scene 5, when Spartacus is forced to kill his best friend Harmodius. A poignant, dramatically pivotal moment busting with emotional potential, Dolinský should have truly poured his heart into the dance.

The scenery, by Boris Kudlička, was uneven. In scene 2, a pool of water and a hanging mirror were innovative tools for accentuating Frygia's loneliness, but later the images of windmills projected onto large orange screens were simply puzzling.

Each moment of grace and artistry would have been magnified had the dancers been more connected to the symbolism and emotion of the work.