The allure of rural Slovakia

EVER since the industrial revolution, people all over the world have been fleeing villages in search of better jobs and a better life in the big city. In many cases they leave behind sturdy houses, strips of cultivated land, and gardens with fruit trees. And while the siren song of the city lures the masses into its centres, a few hardy souls buck the trend: They abandon desk jobs for hard work on farms and in fields. 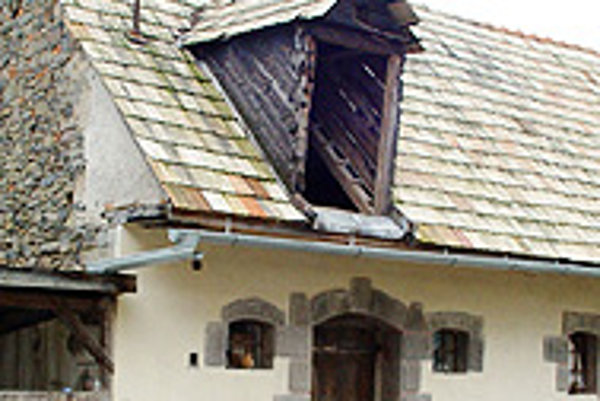 Font size:A-|A+0
EVER since the industrial revolution, people all over the world have been fleeing villages in search of better jobs and a better life in the big city. In many cases they leave behind sturdy houses, strips of cultivated land, and gardens with fruit trees. And while the siren song of the city lures the masses into its centres, a few hardy souls buck the trend: They abandon desk jobs for hard work on farms and in fields.

Zaježová, tucked in the mountains southeast of Zvolen, has become a magnet for such city dwellers seeking an alternative lifestyle. A small, rural settlement in the heart of Slovakia, Zaježová today is much like it was in the 19th century.

Just after the 1989 revolution, Zaježová was virtually empty. Houses stood vacant, and the structures themselves outnumbered the population, which was mostly elderly.

When a small group of people, calling themselves traditionalists, started holding summer and weekend classes in Zaježová, things changed. The group taught traditional handicrafts - pottery and weaving, as well as herb collecting and gardening - that started attracting young people disenchanted with city living. Over time, several of those who visited Zaježová regularly decided to call it home.

"We wanted to live closer to nature, lead a healthy lifestyle," explains Hanka Kašiaková, 29, while arranging a nosegay of wild flowers on her table.

Hanka, who is pregnant with her second child, and her husband, 33-year-old Mirec, bought a house in Častobrezie, near Zaježová, in 2000. With a large, wood-burning stove, hand-hewn wooden furniture and the scent of dried herbs in the air, Hanka and Mirec's home exudes the cosy atmosphere of a mountain hut.

Since the early days of the traditionalists, more than 40 young people have moved to Zaježová and the surrounding region. While the lives they lead are different, their motivations for moving are the same: to lead modest, self-sufficient lives far removed from urban consumerists society.

Many of the newcomers meet regularly and discuss projects to help support the community's development and growth. Activities still include weekend and summer courses where traditional skills are taught, although these are now taught in neighbouring Polomy. The site of the original classes, known as Sekier, was purchased in 1994 by the Society for Harmonious Living, which now acts as an organisational base for those eager to try naturalist living.

The Sekier project provides room and board to visitors in exchange for their help on several projects, including recycling, construction, and environmental education. Sekier guests work 30 hours a week at tasks such as collecting and cutting wood, picking and drying forest fruits and herbs, cultivating fields, and cooking lunch.

During "free time", Sekier inhabitants can tend to their small gardens with carrots, onions, potatoes, garlic, tomatoes, and pumpkins. The Sekier project is part of a mutual food bank with neighbouring villages, and participates in a moneyless Local Exchange Trading System.

Despite a mutual goal for a simpler way of life, the families scattered around Zaježová's mountain settlements lead their own lives. Some live closer to nature than others, growing their own food and resisting modern conveniences. Others earn incomes at part-time jobs in nearby towns, or make extra money by selling homemade products. Some are there to practice religion.

Hanka puts it this way: "We do not live as modestly as our neighbours. For example, we have a computer and mobile phone. But what we are all after is a simpler way of life, apart from the consumer lifestyle."

Hanka and Mirec's computer, connected to the Internet via mobile phone, links the family with the outside world. It also links them to those who are passing through. As Hanka discoursed on her life in rural Slovakia, Nicole, an American spending her summer in Sekier, asked if she could use the computer to check her email.

Nicole is a 21-year-old film student from New Jersey. She first came to Zaježová with her Slovak boyfriend, Peter, to try an alternative way of life. Also a student in New Jersey, Peter was a regular visitor to Zaježová before introducing Nicole to the place.

At Sekier Nicole learned traditional skills, working in the fields and gardens, collecting wood and herbs, and cooking her own meals.

"I'm comfortable and secure here. I am from the densest state in the US - New Jersey - and I don't feel safe there," says Nicole.

After completing film school, Nicole and Peter plan to start a similar, self-sufficient life, though perhaps a bit closer to civilisation. "I am not afraid at all to live this way. I am more than prepared to grow my own food, cut grass, and milk cattle."

So, what does an ordinary day at Sekier look like?

"There's no such a thing as an ordinary day," says Nicole, who admitted that she asked people the same question for the documentary she is shooting on Zaježová.

Apart from Nicole, Zaježová is home to Italian, French, and Czech inhabitants, all of whom had experienced similar self-sustaining projects in their home countries.

"One does not need to leave the village to meet interesting people from all over the world, for they come here," says Mirec.

Not all visitors to Zaježová abandon their city lives to start anew in a rural setting. Karolína, a Czech woman who lives in England, recently spent a month in Polomy helping with a pottery course.

"I don't think I could lead a life like this but I much admire those who do. It's amazing to watch them carrying 25 kilos on their backs up the hills," she says.

Still, everyone who visits Zaježová seems to change. While some, like Karolína, return home to "ruralise and tidy up" their lives, others are inspired to start their own project - like Pavol Szamajdák and David Turčáni.

The duo recently purchased and is now reconstructing an old mill in the village of Ožďany. They are hatching plans to form a community there and cultivating the surrounding lands.