ONE of the last big sales of Slovak state property to a foreign investor will be wrapped up soon.
Although critics say the deal might put the country's ability to supply its own energy at risk, the Slovak cabinet approved Italian company Enel as the recommended buyer of a 66-percent stake in Slovakia's major power utility, Slovenské elektrárne (SE).
A few days before the October 6 cabinet session, Economy Minister Pavol Rusko officially announced the Ministry's support for Enel's bid. 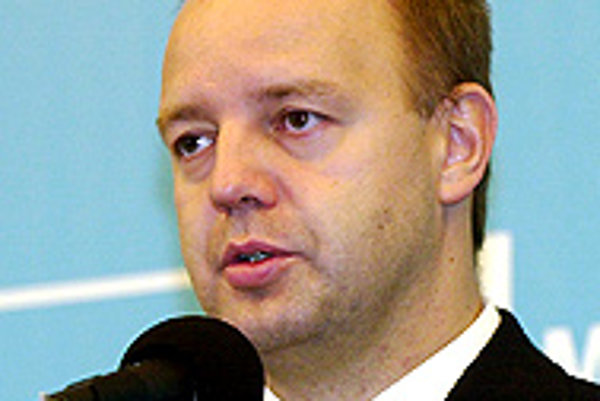 Font size:A-|A+0
ONE of the last big sales of Slovak state property to a foreign investor will be wrapped up soon.

Although critics say the deal might put the country's ability to supply its own energy at risk, the Slovak cabinet approved Italian company Enel as the recommended buyer of a 66-percent stake in Slovakia's major power utility, Slovenské elektrárne (SE).

A few days before the October 6 cabinet session, Economy Minister Pavol Rusko officially announced the Ministry's support for Enel's bid. The recommendation followed that of the privatisation committee, which also preferred Enel to the other leading contenders - Czech ČEZ and Russian RAO.

The cabinet placed some conditions on the recommendation, however, regarding the Italian state's 68-percent interest in Enel. For example, the Slovak government expects the Italian government to sell 20 percent of its stake on the capital market by the end of October.

Rusko now has the authority to stop negotiations with Enel if the Italian government fails to divest its interests.

Ahead of the cabinet's decision, the Christian Democratic Movement (KDH) and the Hungarian Coalition Party (SMK) expressed concerns over the future of Enel's shares.

SMK's István Harna confirmed for The Slovak Spectator that his party is not against the privatisation per se, but it is concerned about who will eventually buy the state's shares. Harna said that the Italian firm has not proceeded the way a strategic investor might, but rather as mediator of sale.

Though Enel remains careful with statements on further privatisation plans, it has taken some concrete steps towards achieving it.

"Enel yesterday [October 4] launched its road show for the sale of up to 20 percent of the company's stock, which is still held by the [Italian] treasury. This could bring the treasury's stake in Enel down to 30 percent," Ralph Traviato, Enel's press spokesman, told The Slovak Spectator.

"This is all good news but unfortunately it means we are very restricted in what the company can say, and therefore, we won't be making any official statements on any matters that might be seen as affecting the outlook of the company," he said.

The Economy Ministry and the privatisation advisors will proceed with negotiations with Enel. Rusko hopes to conclude the talks in three weeks.

Enel offered €840 million for the 66-percent stake in the Slovak power producer. The investor has indicated that it is prepared to pay 30 percent of the agreed price as an initial instalment. The payment is expected to take place at the beginning of the year.

The Czech government has bitterly accepted that ČEZ has been dropped from the deal.

The newly appointed Czech ambassador to Slovakia, Vladimír Galuška, told the news wire SITA that the Czech government does not plan to make any further steps to gain majority control of SE.

The Czech Republic has wanted to buy SE in the past, and at one time, the Slovak and Czech governments were considering a share swap.

Upon cabinet approval of Enel as the recommended buyer of SE, opposition party Smer immediately raised the alarm, saying Slovakia would lose its energy sovereignty.

Smer's Maroš Kondrót told the news wire SITA that the cabinet's approval indicated that the government had lost its common sense.

The party also warned that Enel's electricity is among the most expensive in the world. Smer calculates that Enel could wield its majority power and hike energy prices in Slovakia by 30 percent.

Despite Smer's opposition, the cabinet's approval did not come as a surprise. However, Rusko's unexpected request to reopen the issue of decommissioning the nuclear power plant in Jaslovské Bohunice stirred some debate.

Slovakia has already agreed to close down one of the two blocks of the V1 plant in 2006, and the second V1 block in 2008, based on accession agreements with the European Union. The V2 plant will continue operating.

Rusko wants to decommission both blocks at the same time in 2008, and urges the cabinet to consider raising the question with the EU before the deal with Enel is signed.

Rusko says that shutting the blocks down at the same time is a safer option than decommissioning them in subsequent years.

"If the European Union rejects [reopening the agreement], I would start to suspect that safety was not the ultimate concern when the EU demanded this action from us," Rusko told the daily SME.

The former head of the Slovak power utility, Tibor Mikuš, who is a deputy for the Movement for a Democratic Slovakia (HZDS), said that shutting down the blocks gradually does not pose an enormous risk.

Concerning Slovakia's other nuclear power station, Mochovce, the cabinet agreed that a joint study should be prepared on the economic advantages or disadvantages of its completion.