SLOVAK Telecom's board of directors gave the go-ahead September 28 for the acquisition of the remaining 49 percent share of EuroTel - one of two mobile operators in Slovakia.
Slovak Telecom will buy the shares from Atlantic West, a US consortium of Verizon Communications and AT&T Wireless. The transaction will give the fixed-line operator total ownership of EuroTel. 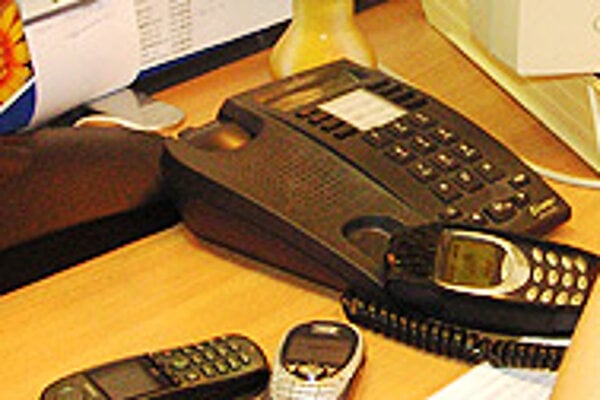 Font size:A-|A+  Comments disabled
SLOVAK Telecom's board of directors gave the go-ahead September 28 for the acquisition of the remaining 49 percent share of EuroTel - one of two mobile operators in Slovakia.

Slovak Telecom will buy the shares from Atlantic West, a US consortium of Verizon Communications and AT&T Wireless. The transaction will give the fixed-line operator total ownership of EuroTel.

"We can confirm that the board of directors of Slovak Telecom have unanimously agreed on the purchase of a 49-percent share in EuroTel," Radoslav Bielka, spokesman for Slovak Telecom, told The Slovak Spectator.

After the transaction has been approved by European and Slovak antitrust regulating bodies, which might take several months, the price will be paid and the shares will be signed over to the buyer at the Central Depository in Bratislava," he continued.

Although EuroTel is the smaller of the two mobile phone operators in Slovakia, it showed dynamic growth in the first half of this year and starting to catch its competitor. June 2004 saw its total number of customers reach 1.74 million, a 27-percent increase compared with the end of 2003. This number represents about a 44-percent share of the Slovak mobile phone market. Its competitor Orange, which belongs to the France Télécom group, had more than 2 million customers at the end of the last year.

EuroTel announced that it achieved record EBITDA (earnings before interest, taxes, depreciation, and amortisation) of Sk2.66 billion (€70 million) for the first six months of 2004.

The acquisition of EuroTel has pleased Slovak Telecom's 49-percent shareholder - Slovak Transport, Post Office and Telecommunications Ministry - as the purchase of profitable EuroTel could increase the state's earnings from shares. "We welcome the purchase of EuroTel by Slovak Telecom. We are confident that this will mean the appreciation of our shares in Slovak Telecom," Tomáš Šarluška, the ministry spokesman told The Slovak Spectator.

Slovak Telecom and Atlantic West have agreed so far not to comment on the price or the details of the transaction. The fixed-line operator is supposed to pay the price from its earnings. Industry analysts estimate the value of the deal between Slovak Telecom and EuroTel will reach Sk10 billion (€250 million), according to the daily SME.

The purchase of EuroTel has been in the news for some time. In mid-December last year, Slovak Transport, Post Office and Telecommunications Minister Pavol Prokopovič confirmed that the Slovak state wanted to buy the remaining EuroTel stake from its US holder. At that time, Prokopovič estimated that Slovak Telecom would purchase the 49-percent EuroTel stake for Sk13 billion (€316.37 million).

However, negotiations between Deutsche Telecom, which owns 51 percent of Slovak Telecom, and Atlantic West, were suspended earlier this year, after the sale of AT&T Wireless to Cingular, another US wireless company.

According to Slovak Telecom, the acquisition of EuroTel will create commercial synergies profitable for the both sides of the transaction, and mainly for customers.

"The purchase of the remaining 49 percent will enable both companies to further investigate and use mutual synergies in the field of procurement as well as other areas. EuroTel, however, will remain an independent legal entity," said Bielka.

"Apart from that, EuroTel will be able to use all its advantages as a member in the T-Mobile International group. Currently, EuroTel is on the right track to increase its market share and the world-famous brand will enable it to become an even more successful Slovak mobile operator," he added.

Juraj Droba, EuroTel's director of corporate affairs, also pointed out the growing cooperation between EuroTel and the second largest European mobile company, T-Mobile, as a result of this transaction. T-Mobile is a mobile division of Deutsche Telekom.

"This means good news for the customers in many different areas: exciting new products and services, progressive solutions for international calls and roaming, seamless service when abroad, new exclusive handsets and many other benefits that will make EuroTel even more competitive and attractive in the eyes of the Slovak consumer," Droba told The Slovak Spectator.

The possible re-branding of Eurotel in T-Mobile's image is now being speculated upon.

"Re-branding of every company is an important and strategic step. Thus, any re-branding will have to be approved by the shareholders," said Droba.

At the same time he pointed out that, in line with T-Mobile strategy in eastern Europe, Hungarian operator Westel was re-branded recently as T-Mobile Hungary, and Croatian HTmobile as T-Mobile Croatia.

"As shareholders so far have not approved the EuroTel re-branding, we are not going to comment on the timing," he added.

David Března, of the consulting company Accenture, also agrees that the takeover could benefit customers of both Slovak Telecom and EuroTel. For example, Slovak Telecom and EuroTel could consolidate their billing processes, allowing existing customers to pay just one monthly bill for both their fixed-line and mobile services. "It all depends on how the firms cooperate," Března said, according to the SME daily.

However, he warned that while this kind of cooperation could strengthen the market position of both operators, it could also spark regulatory actions by the Slovak Transport, Post Office and Telecommunications office. Even if the deal stipulates that Slovak Telecom and EuroTel remain competitors, Slovak Telecom stands to gain. Března pointed out that, historically, the purchase of a mobile operator by a fixed-line company improves the profitability of the latter.

In a letter sent to PMÚ, ATO demands a guarantee of clear, transparent, and non-discriminatory relations with other companies. "The key issue will be securing access to wholesale products, otherwise it will be impossible to compete with the new combined operator," claims Marek Chovanec, who represents Orange in ATO.

However, Eurotel disagrees with the claim that conditions for fair competition will be changed.

"We will proceed in line with all relevant regulatory and other requirements. EuroTel will continue to grow as a company on its own, with its own statutory bodies and own executive management and become even more competitive in the mobile market. Recent statements may have created a myth which has no substance," EuroTel's Droba added.