A CONSTRUCTION permit - or lack of one - nearly forced Korean automaker Kia Motors to suspend its plans to build a car manufacturing plant in Žilina. But in the eleventh hour on October 14, Žilina Mayor Ján Slota announced that the local construction authority would provide Kia president In Kyu Bae with the necessary permit to start construction. 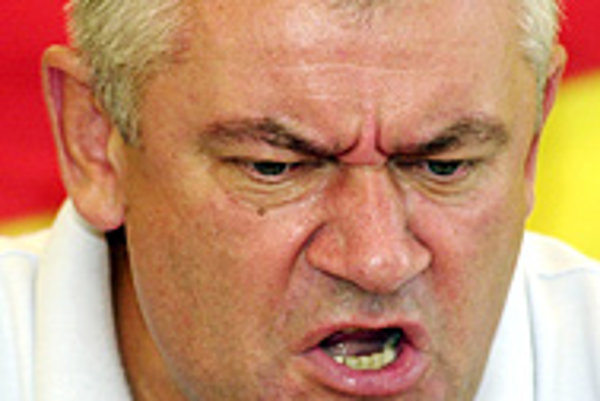 Font size:A-|A+0
A CONSTRUCTION permit - or lack of one - nearly forced Korean automaker Kia Motors to suspend its plans to build a car manufacturing plant in Žilina. But in the eleventh hour on October 14, Žilina Mayor Ján Slota announced that the local construction authority would provide Kia president In Kyu Bae with the necessary permit to start construction.

Slovakia has €700 million and thousands of jobs riding on the business deal.

As the October 15 deadline for starting construction at the proposed manufacturing site approached, several parties were voicing concern - not the least of which was Kia itself.

Although the Hyundai/Kia management was praising the Slovak government's role in regard to the project as late as mid-September, the investor started to show signs of discontent.

Slota told the press that he had received a warning letter from In Kyu Bae on October 13. According to Slota, the letter suggested that if a construction permit was not issued by October 14, midnight, the Korean automaker would halt the project.

"The willingness of the Kia company to go on with this project depends on [Slovakia's] capability to launch construction works no later than October 15. If this deadline is not met, the Kia company will be forced to suspend or even withdraw from the project," the letter, which was cited by the news wire TASR, said.

Slota appeared panicked in the days leading up to the deadline. He feared losing the investment along with thousands of jobs. And he claimed that Slovakia could face a fine of several billions of crowns to compensate losses incurred by the Korean carmaker if the deal went sour.

Economy Minister Pavol Rusko said that a few days' delay would in no way discourage the Korean investor from pursuing the project worth €700 million.

According to the Economy Ministry's spokesman, Maroš Havran, Rusko believes that construction difficulties would be solved by October 16.

"Based on the available information, the withdrawal of the Korean company is not mentioned in the letter. More likely the letter mentions suspending the project," Havran told the news wire SITA.

An unsolved dispute in which landowners refuse to sell land needed for the project for the price offered by the state has plagued the deal for months.

It was Slota's responsibility to provide the construction permit, but before he could do so, the state had to acquire a sufficient area of land for the site. On October 12, the Žilina regional construction authority confirmed its decision to place the construction of the Hyundai/Kia car plant in a locality near Žilina.

A landowner representative, Dušan Mikulík from Teplička nad Váhom, said that an agreement must be reached with his clients before the Žilina mayor can legally issue a permit.

"Ownership of the plots is not yet settled. Construction permission cannot be issued without breaking the law. However, in this country, rules are often violated," Mikulík told the news wire SITA.

The landowners will appeal against the permit in court.

Rusko stands firm on his position that the landowners will not receive more for their land than the maximum price determined by professional land appraisers.

Some landowners near Žilina leaked the information that I.F.I. Group company, officially authorised to purchase the land, paid them up to Sk293 (€7.3) per square metre - far above the price offered by the state.

The landowners, meanwhile, are demanding Sk300 (€7.44) to Sk350 (€8.68) per square metre. In an earlier interview with The Slovak Spectator, Slota said that the investment "must not be endangered by incompetent people who have no clue about the pricing of real estate and land."