Court to decide if law against bias is legal

THE GOVERNMENT has asked the Constitutional Court to determine whether a recently approved anti-discrimination law is in line with the Slovak constitution. The government's decision to involve the court follows an action filed by Justice Minister Daniel Lipšic, who opposes the legislation. 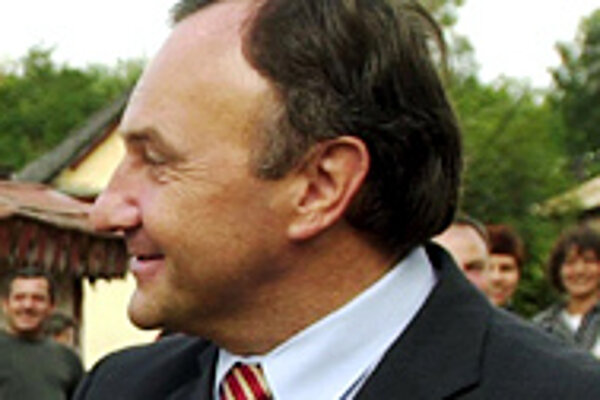 Font size:A-|A+0
THE GOVERNMENT has asked the Constitutional Court to determine whether a recently approved anti-discrimination law is in line with the Slovak constitution. The government's decision to involve the court follows an action filed by Justice Minister Daniel Lipšic, who opposes the legislation.

The Constitutional Court is Slovakia's ultimate authority for ruling on legal disputes.

In May 2004, the anti-discrimination law received support from 116 out of 150 legislators in the chamber. The law bans discrimination on the basis of colour, sex, religion, gender, and sexual orientation. The European Union itself recommended that Slovakia adopt such a law.

Despite massive support for the legislation, Minister Lipšic, a member of the conservative Christian Democratic Movement (KDH), considers it unacceptable.

He maintains that the law is in conflict with the Slovak constitution because, as written, it potentially enables positive discrimination.

Until the Constitutional Court decides on the legality of the anti-discrimination law, it remains effective in its current form. Presently, the law includes a clause that allows for the establishment of temporary measures designed to help disadvantaged groups in society.

Lipšic is primarily opposed to establishing quotas as a temporary measure for ensuring equality. He said that admitting disadvantaged people into universities or hiring them for work on the basis of their social status is "the most extreme form of positive discrimination" and that such acts "degrade dignity".

Lipšic also believes that preferential treatment "strengthens social stereotypes that certain groups are unable to achieve success without special help". He went so far as to suggest that certain individuals within mainstream society would suffer from temporary measures, such as positive discrimination.

"Individuals, stripped of their right to employment or university education because of the establishment of quotas, will have a hard time understanding that this is the price they have to pay because they belong to the Slovak majority," said the minister.

Pál Csáky, the Deputy PM for Minorities who prepared the law, argues that the new legislation will help level the playing field between members of the mainstream Slovak society and disadvantaged groups.

"This law gives the appropriate bodies an opportunity to apply temporary balancing measures to ensure against discrimination. Although some [groups and minorities] have their rights guaranteed by law, we have to create conditions in which they can exercise these rights," Deputy PM Csáky said.

Csáky's party colleague, Edit Bauer, who pushed through the clause on temporary balancing measures, insisted that "positive measures could not be anti-constitutional".

He said that the EU itself supports legislation that enables the implementation of temporary tools to help disadvantaged social groups.

At an October 6 press conference, Csáky said that if the Constitutional Court decides that the anti-discrimination law is in conflict with the Slovak constitution, he would propose amending the constitution as an "elegant solution" to the question of constitutionality.

Apart from the KDH, few party politicians appear worried about the potential effects of positive discrimination. However, opposition MPs as well as a majority of the ruling coalition, have kept away from the Lipšic/Csáky debate.

When asked what he thought about the anti-discrimination dispute, Sergej Kozlík, an MP with the opposition party, Movement for a Democratic Slovakia, said, "This topic is a big storm on the bottom of a chamber pot."

The public seems to back parliamentary support for the anti-discrimination law.

In a poll carried out by the Institute for Public Affairs (IVO) and the Focus agency in early September, 85 percent of the 1,016 respondents surveyed supported the passage of the anti-discrimination law.

Only four percent said approving the law was a bad step, while 11 percent said they did not know, or did not care, about the issue.

"The public support for the anti-discrimination law is so universal that differing opinions in terms of various social-demographic groups are almost invisible," the IVO reported.

"The political backing [of the law], which includes support from the ruling coalition as well as the parliamentary opposition, is also significant," stated the IVO.

Lipšic insists, however, that "everyone should be evaluated as an individual and not based on the person's origin or the colour of their skin".