SINCE the split in 1993, the Czechs and Slovaks have simply continued the cultural exchange, and will go on doing so despite stricter border controls currently under consideration.
That is, if the Czech centres in Slovakia have anything to do with it.
"We are here for everybody," says the director of the Czech Centre in Bratislava, Stanislava Wanatowiczová Bartošová. 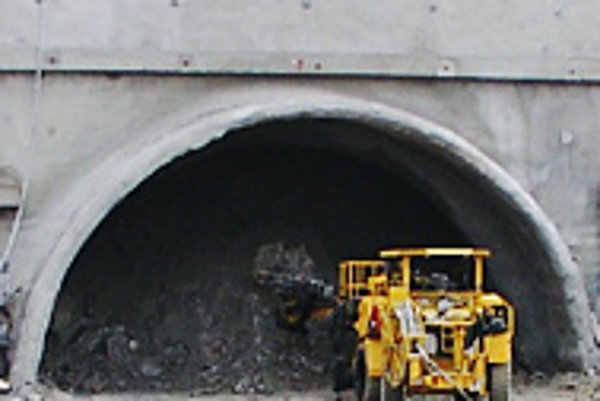 Font size:A-|A+  Comments disabled
SINCE the split in 1993, the Czechs and Slovaks have simply continued the cultural exchange, and will go on doing so despite stricter border controls currently under consideration.

That is, if the Czech centres in Slovakia have anything to do with it.

"We are here for everybody," says the director of the Czech Centre in Bratislava, Stanislava Wanatowiczová Bartošová.

A Czech, she feels at home in the Slovak capital, having spent several years here at the Czech embassy. After a short break, the former cultural attaché is returning to Bratislava on a new cultural mission.

"Some think that we are a kind of an elite club or even a business centre," she says smiling. But actually the Czech Centre is open to everyone who is interested.

Wanatowiczová Bartošová is very happy with the enthusiastic support of the Bratislava public for activities at the Czech Centre.

"They have already found us," she says, appreciating the role the press has played in attracting the public to their work.

"We cooperate both with state and non-profit organizations," says the director.

Established in 1993 shortly after the federation fell apart, the Bratislava Czech Centre is part of a network of Czech Centres.

Its task is to help promote the image of the Czech Republic as a modern and dynamically developing country.

Situated at one of the most attractive Bratislava locations, within the Czech Embassy at Hviezdoslav Square, where it has recently moved, the Czech Centre is accessible to all.

It is eager, however, to extend its influence outside Bratislava. It has successfully started activities in Košice, where the Czech General Consulate operates.

Wanatowiczová Bartošová emphasises that the centre is not exclusively culture-oriented but serves economic and business interests as well; it also helps the development of tourism.

However, it does bring Czech theater, film, literature and other kinds of art closer to their Slovak admirers.

"The Culture Centre wants to address all generations," says the director.

Nostalgia for times when Czechs and Slovaks lived as one is what attracts the elderly again and again, while the middle-aged want to have their knowledge refreshed all learn something new. There is much to attract the young as well.

Young Slovaks have access to Czech TV networks and can understand Czech well, as the director appreciates, much better than their Czech mates can understand Slovak.

Wanatowiczová Bartošová is proud of supporting and promoting alternative culture. She highlights cooperation with the A4 association for contemporary culture that houses theatre, dance, music, film and other kinds of art.

The centre also has a library with about 6,500 volumes.

So if you want to know what is new on the Czech scene you are welcome. You can browse through the latest dailies and magazines. Moreover, a wide variety of professional journals are available.

One of the most popular events among Bratislavans is the readers' marathon, which has taken place in Bratislava and Košice for several years already. Started in Prague as a tribute to the Beat Generation, Czech Centres took the idea under their wings, and this year Bratislava enjoyed a marathon devoted to neighbourhood relations, the topic marking EU entry.

Politicians, celebrities and members of the public read whatever they wanted on the topic. New enthusiasts came late in the night and early in the morning to join the readers. At one point, former Justice Minister, Ján Čarnogurský read excerpts from the Civic Code pertaining to neighbourhood relations, according to Wanatowiczová Bartošová. The marathon was a big success.

This month's schedule at the Czech Centre is as rich in events as the previous month - if not even richer. On October 20, the film festival, "One World", is kicking off, focusing on documentaries oriented to human rights and personal dignity.

The festival will show the best pieces of the event which is organised by the Man in Peril group. This year it will feature 64 films from over 30 countries in the Mladosť cinema, Bratislava. The show traditionally enjoys great popularity among Bratislavans.

The highlight of the Month of Photography and the Month of Czech-Slovak Cultural Togetherness is a photo exhibition featuring pictures taken by the famous Czech travelling duo Jiří Hanzelka and Miroslav Zikmunt.

The Czech Centre is proudly presenting the two legends who, in the 50s and 60s, travelled to known and unknown parts of all five continents.

Hanzelka and Zikmund, the travellers whom every little child knew, suffered a lot from Communist persecutors. Hanzelka died in 2003 but Zikmund is coming to Bratislava to introduce their pictures, taken at the most exotic places.

Also on show in the Slovak National Museum will be the famous Tatra 87 and 805 cars in which they travelled, along with souvenirs from their expeditions.

The Czech Centre has its doors open for all who are hungry for Czech culture and also for those who just need tourist or other kinds of information. So do not hesitate to discover the cultural embassy of the Czech Republic and its rich offerings. Enjoy!