The right to know

THEY are poor and they have to care for their families. They are the women from former communist countries of Moldova, Romania, and Ukraine. To make a living, they reply to ads they find in local newspapers that promise well-paid jobs as housekeepers or waitresses in rich western-European countries like Germany and Italy. 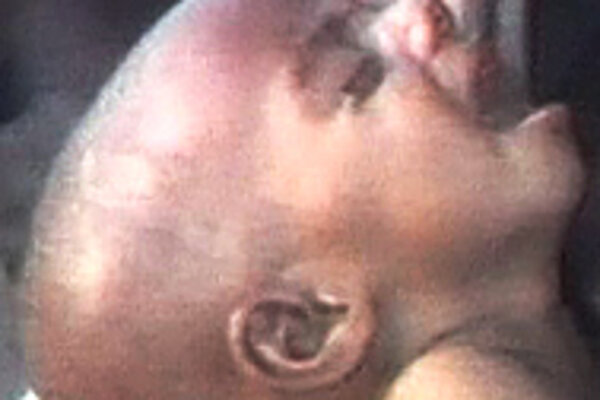 Font size:A-|A+0
THEY are poor and they have to care for their families. They are the women from former communist countries of Moldova, Romania, and Ukraine. To make a living, they reply to ads they find in local newspapers that promise well-paid jobs as housekeepers or waitresses in rich western-European countries like Germany and Italy.

But after finding themselves in a different country and with no chance to leave, the illusions change to shock. Often unable to speak the language and robbed of their documents, their "saviours" thrust them into bars and brothels, forcing them to become prostitutes.

So far, so familiar. But it gets worse when we learn that among the paying customers visiting brothels in Bosnia and Kosovo are those who actually came to help - members of international peacekeeping units.

German filmmaker Karin Jurschick investigated this disturbing matter for two years. The result, an 80-minute documentary The Peacekeepers and the Women that uncovers the significant influence the armed forces have had in forming the local prostitution business. It is currently available to Slovak viewers.

At the annual One World Bratislava festival, which puts the spotlight on human-rights violations, the film will be screened within the section, To Learn More. The section goes behind the issues dealt with only superficially by the media and looks at them in depth.

"When we arrived I wondered why there were so many destroyed houses in Germany. I realised that we were in Bosnia," says one of the women in Jurschick's documentary. Another explained that the first real trafficking in Bosnia of foreign girls involved an "Arizona-market". This followed a pattern of standing some 40 girls in a row, all naked, and letting the "traders" choose. The girls had numbers. not names.

The abuse of women by the military is certainly nothing new. But when will it end? Will Afghanistan or Iraq, where the military forces are moving these days, see an end to it?

A number of questions can be asked on each of the topics introduced by the films at the One World festival, which runs from October 20 to 24 in Bratislava. By the end of the year, it will tour nine more Slovak towns. Its fifth year brings 67 films portraying ordinary life and turbulent moments in more than 30 countries.

The festival's programme is a selection of the best that has been offered by the festival's partner in the Czech Republic, plus a few titles proposed by the Slovak team. The films are divided into seven sections, or categories.

In the section Behind the Curtain of Democracy, investigative pieces portray situations in today's Russia, Venezuela, and Italy. The Meeting of Cultures brings a rare glimpse into the ceremonies performed by the Ghaderi Dervishes of Kurdistan, during which they undergo various forms of self-mutilation when hypnotised.

A new section, Accepting the Difference, introduces people living in their own worlds. Such is the film My Flesh and Blood by Jonathan Karsh about Susan, who has adopted 11 children suffering all kinds of disabilities.

Also new is the section One World to Children, made about and for children. The organisers decided to address the issue of conflict to the youngest audience, pupils of elementary schools, after learning they understand the reason of helping those in need through their participation in a project organised for supporting children in Afghanistan (see article this page).

Apart from movie screenings, the festival has invited several international guests who will open discussions on the themes the organisers consider important.

Among them will be Richard Dowden, the director of the Royal African Society in Great Britain; Natasha Kandic, a prominent advocate for human rights and democratic reform in Serbia; Tanya Lokshina, from the Moscow Helsinki Committee; and the German filmmaker, Jurschick.

The People in Peril association in Slovakia, which organises the festival, will give a presentation about their projects in Afghanistan, and aid workers in Cuba will talk about life under Fidel Castro.

One World is a festival for those "who would like to know that they have the right to know", about the twists and turns the people endangered by wars or living in ethnic and social conflicts meet. The films transform the picture and word leaving the viewer to make the necessary connections and, what is more important, in many cases, to think of helping.

Jurschick, who cooperated on The Peacekeepers and the Women with co-director and editor Anke Schäfer, says of her work: "As you can see, the film is based on interviews with the 'responsible people' - from a bar owner to a high UN representative, combined with pictures following the circle the trafficked women are going through from the market to the bar and the police-station. And with the help of the International Community the circle gets completed - they are brought back to the starting point in their home countries, the situation they tried to escape."

Many of the movies are in English, others will be accompanied by English subtitles. Discussions will be held in, or translated into, English. In Bratislava, the One World festival runs at the IC.SK filmclub, Czech Centre, and A4 - Zero Space. For more information go to www.jedensvet.sk.