THE ALWAYS rich sounds of the Bratislava Jazz Days festival is loaded this year with even more musical delights.
The three-day event has been stretched to four, and the evening concert hours will play into the night. Moreover, visitors can expect a great choice of musical styles, ranging from traditional jazz to the latest hip hop grooves.
"The programme is designed to satisfy as many visitors as possible," the organisers explained. 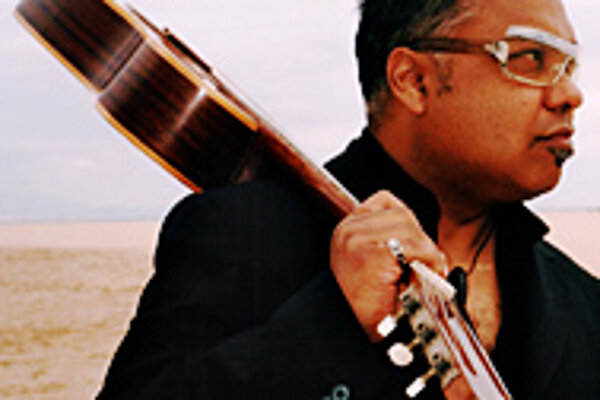 Font size:A-|A+0
THE ALWAYS rich sounds of the Bratislava Jazz Days festival is loaded this year with even more musical delights.

The three-day event has been stretched to four, and the evening concert hours will play into the night. Moreover, visitors can expect a great choice of musical styles, ranging from traditional jazz to the latest hip hop grooves.

"The programme is designed to satisfy as many visitors as possible," the organisers explained.

Regular festival goers know they can find the world's top performers on the festival's pallette. Among these acts coming to Bratislava are British legends Incognito and Level 42, and the highly-rated American organist, Jimmy Smith.

A novelty of this year's festival is that visitors have a whole day to hear the finest on the Slovak scene. This additional "Slovak day", which opens the festival on Thursday, October 21, will present six Slovak gigs. Austria's Dixieland Hall, covering New-Orleans jazz up to the 1930s Swing era, will also be there to give the Slovaks a break.

The all-stars of Slovak jazz musicians include one of Slovakia's most prolific drum and percussion soloists, Dodo Šošoka. Performing with his Slovak Young Jazz Generation, Dodo has invited his friend, German-based double bassist Ján Jankeje, to play alongside him.

Expressive vocalists Silvia Josifoska and Adriena Bartošová will bring the various musical elements they combine into their singing performances.

The evening will then continue on the Petržalka side of the Danube at the Aréna Theatre with the Traditional Club Bratislava. The late night jam sessions at the Aréna is the festival's other innovation, copying the popular bygone gatherings at the V-Club.

"Musicians and guests from previous years kept saying that they wanted to go somewhere after the concerts. So, we have made it happen," said Peter Lipa, jazzman and the festival's dramaturge.

Continuing in the tradition of the event, Friday, Saturday and Sunday will feature mainly foreign jazz stars.

Friday's headliner, Incognito, draws on British dance funk and acid-jazz influences mixed with funky, soul and jazz. The band, with its 11 musicians, is the largest at the festival. Other Friday performers include Hungary's Tropical Transform, Serbia's Vasil Hadžimanov Band and Slovakia's Jozef Döme Quartet.

Saturday will see the appearance of the highly rated Hammond organ player, Jimmy Smith. The American, whose style comes from soul jazz mingled with blues, will take to the stage with influential guitarist Mark Whitfield.

Britain is sending its saxophonist and innovative composer Iain Ballamy with his Central European Jazz Connection, and Sweden its energetic singer Viktoria Tolstoy with her Quartet.

Violinist Palúch, who has built his reputation as a universal musician shining in swing, fusion, world and folk music, will perform with Moldavian dulcimer player Marcel Comendant. The recital by the Arnotto accordion duo of Arnaud Méthivier and Otto Lechner will demonstrate the instrument's fitness for jazz.

During breaks on the main stage, visitors can move to the neighbouring Stage B to listen to Slovak musicians AMC Trio and Déja vu, two groups that incorporate various influences into their music. Other performers include the Funkadelic Brothers, who combine DJ-ing with live performance, and respected chill-out DJ C.O.D.E., who focuses on downbeat, mixing hip hop with nu jazz.