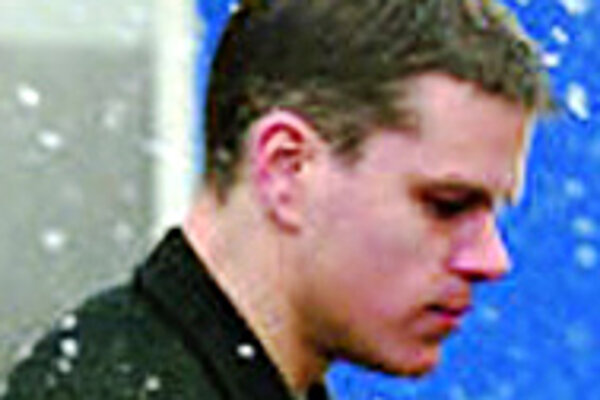 THIS column recently featured a review of Michael Moore's Fahrenheit 9/11 that, though in many ways positive, did not avoid criticism. Predictably, some Moore-loving readers complained of "right-wing propaganda". Ironically, their reaction underscored the main critique: that Moore's overly caustic muckraking inspires hysteria just as powerful as the Bush-brewed paranoia that it aims to combat.

President Bush's foreign policy has been described, quite convincingly, as shortsighted. But isn't it equally shortsighted, and unproductive, to portray him as a clueless, spoiled hillbilly motivated only by his and his business associates' greed - as Fahrenheit 9/11 seems to?

This portrayal fails to even acknowledge what Bush regularly says. He often speaks of the war in Iraq as part of a wider plan to democratise the Middle East. Who's to say he's lying? Isn't this a nobler, but still misguided, justification than pure greed?

Having said all that, greed obviously plays a role. International politics involves complex motivations, shady characters, and even shadier dealings. Good guys are never all good and bad guys are never all bad. It is with this understanding that the movies based on Robert Ludlum's Jason Bourne novels proceed.

Though action-thrillers directed at a mass audience, they show a grey area between good and evil seldom seen in the multiplex. By being the protagonist, Jason Bourne (a perfectly cast Matt Damon) is clearly a sympathetic character. Yet, he's also a former CIA assassin for whom brutality comes quickly and easily.

In The Bourne Identity he was introduced as an amnesiac constantly pursued by well-armed men whom he defeated with astonishing skill. Simultaneously, he tried to discover and escape his past. Whereas Identity was a particularly well-crafted espionage thriller that happened to strongly emphasise character, The Bourne Supremacy is a character-driven piece that happens to be peppered with intense action. It is here that Bourne tries to come to terms with his past.

At the end of Identity, he seemed content to live in obscurity with Marie (Franka Potente), a nomadic German he picked up while trying to avoid assassination. Supremacy picks up here, with the two living quietly in India. But the quiet can only last so long. A man who works for a Russian oil tycoon frames Bourne for an assassination, finds him and Marie in India, and tries to kill them. Suddenly, Bourne is forced out of hiding, to discover that the CIA is once again hunting him.

He returns to Europe to put an end to the attempts on his life and to piece together more of his past. Violence, past and present, is reentering his life. In one scene he threatens to kill Nicki (Julia Stiles), a harmless CIA agent who once worked with him, if she doesn't cooperate by giving him information. Her sobbing with fright seems completely justified. Bourne, by being trained to kill without even batting an eye, hovers in a sort of ethical murkiness.

And so do the bad guys. When one CIA agent is shown to be corrupt - having made secret deals involving Russian oil money and having killed off some of his compatriots who could have exposed him - he proclaims, with complete sincerity, "I'm a patriot". It is in its refusal to oversimplify or judge its characters, "good" or "bad", that The Bourne Supremacy truly succeeds. In this respect, it is reminiscent of such classic espionage works as Fred Zinnemann's The Day of the Jackal and the novels of Graham Greene.

Unlike Greene, however, the film completely lacks humour. This is its most obvious fault; otherwise, it's well-paced and full of strong performances. But, then again, perhaps the humour of international politics is best left to serious documentarians like Michael Moore.