JUST three days after President Ivan Gašparovič vetoed all six healthcare reform laws, the parliament effectively overturned the motion. On October 21, a parliamentary majority voted to approve the healthcare reform again.
"I carefully listened to all comments, even those presented by opponents of the reform," said Health Minister Rudolf Zajac immediately after the vote.
All six reform bills were passed a second time in their original form. 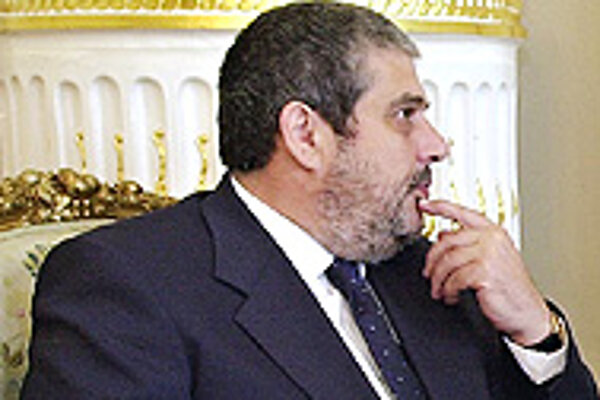 "I carefully listened to all comments, even those presented by opponents of the reform," said Health Minister Rudolf Zajac immediately after the vote.

All six reform bills were passed a second time in their original form.

Gašparovič had vetoed the reform October 18, sending them back to parliament. The president objected to only two laws but decided to veto the whole package because the legislation is interconnected.

"If one of the returned laws is not re-approved, in several cases the approved laws would refer to non-existent laws, and respective clauses would thus not be carried out," the president said in a statement accompanying the returned package.

Prior to the president's veto, rumour had it that Gašparovič would object to one or two laws. His rejection of all six surprised several MPs, including Peter Biroš, a New Citizen's Alliance (ANO) party member who sits on the parliamentary healthcare committee under the ANO-appointed Health Minister, Rudolf Zajac.

"We expected that the president would return one or two laws but not all six," Biroš said to The Slovak Spectator on October 19,

Gašparovič's decision made sense at least to some of the reform's opponents. Milan Urbáni, the deputy chairman of the opposition Movement for a Democratic Slovakia (HZDS), told The Slovak Spectator that the president "has certain commitments to political parties that helped him get elected".

For example, Smer, which backed Gašparovič in his presidential campaign, was strongly opposed to Zajac's healthcare reform package.

Nevertheless, two days before the laws were passed a second time, Urbáni predicted that parliament would approve the healthcare legislation again.

"The laws will be approved again, I am almost sure of it, thanks to the independent MPs," said Urbáni on October 19. His own party, however, is against the reform.

Biroš too rightly predicted that "the laws will again be approved".

Except for Mária Sabolová, a Christian Democratic Movement MP who abstained from voting, most of the ruling coalition MPs voted for the reform.

They were joined by several independent MPs, whose approval tipped the scales in favour of passage.

As the ruling coalition only controls 68 parliamentary seats, it needed the support once again of the independent MPs to reach the 76 votes necessary to pass the legislation a second time.

The president did not receive any political representatives who might have lobbied for or against the health laws.

Instead, he scheduled a series of meetings with health sector employees, hospital managers, and patients' rights organisations, to inform his decision.

However, Health Minister Zajac insisted that the president's decision was "political rather than matter of fact".

Apart from the two laws that the president objected to, the package also includes laws on health insurance, healthcare, healthcare providers, and ambulance services.

The laws constitute a major part of an extensive healthcare reform package that Health Minister Zajac began in 2002 when the current cabinet's term started.

The World Bank backs the Slovak healthcare reform package, providing an Sk2.8 billion (€70 million) loan that the government can draw on through 2007 to support the revamp.