THREE-time ex-PM Vladimír Mečiar has caused a stir by demanding that a private news channel pay him for appearing on its televised political talk show. The station, TA3, refused.
Critics say the one-time leader still believes that confrontation, not cooperation, is the way to build a coalition. Others fear that Mečiar's party, Movement for a Democratic Slovakia (HZDS), will suffer if Mečiar effectively removes himself from the public eye. 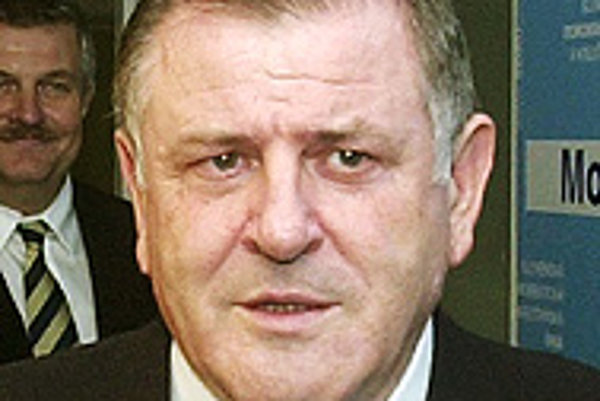 Font size:A-|A+0
THREE-time ex-PM Vladimír Mečiar has caused a stir by demanding that a private news channel pay him for appearing on its televised political talk show. The station, TA3, refused.

Critics say the one-time leader still believes that confrontation, not cooperation, is the way to build a coalition. Others fear that Mečiar's party, Movement for a Democratic Slovakia (HZDS), will suffer if Mečiar effectively removes himself from the public eye.

After learning that TA3 would not pay him, Mečiar sent a letter to other Slovak media outlets through his spokesman, Igor Žvach, notifying them that his participation in future television shows would require compensation.

While it is the first time an elected politician has asked to be reimbursed for his time, legal experts say it is not against the law.

However, observers think that Mečiar's demands will hurt the politician and his party. The media, unwilling to pay, will simply rely on another party spokesman.

"We will definitely not be paying [politicians]. That is absurd," said TV Joj spokesman, Ľudovít Tóth, whose sentiments were echoed by TV Markíza and TA3.

The HZDS stands resolutely behind its party leader. According to the HZDS spokesman, Žvach, Mečiar's appearances on talk shows "improve TV ratings and thus their advertising revenues".

He also said that Mečiar was not asking for a huge sum of money, just fair compensation for "the politician's time and presence".

Mečiar's party peers have come forward by name to back their leader. Milan Urbáni, the HZDS deputy chairman, told the daily SME that Mečiar is such a dynamic politician that the "media will gladly pay him and they will be happy to have him there".

Some political analysts consider Mečiar's demands immoral. As an active parliamentary politician, Mečiar receives full parliamentary wage, which is paid for by the state.

A political analyst from the Slovak Academy of Sciences, Ľuboš Kubín, said the issue of Mečiar's demand is not about morals but rather about the politician's perception of politics.

"This demand is an example of how he perceives politics and about his political culture. If an expert is asking money to appear on a show to discuss something he's qualified at, that is one thing. But in the case of an active politician, it is a different story.

"I was not surprised to hear the demand coming from Mečiar, but I am afraid that only a psychologist would be able to answer why he made such a demand.

He's clearly not boosting his chances in terms of reaching the voter," Kubín said.

Slovaks are used to hearing controversial news about Mečiar. A politician who has shaped the country's development throughout the 1990s, Mečiar has always managed to appear in the news, even after losing power in the 1998 national elections.

The financing of Mečiar's luxurious villa, Elektra, estimated at around Sk40 million (€1 million), has kept the media busy for years. Mečiar refuses to reveal the source of his income.

When the most recent TA3 case broke out, Béla Bugár, the Hungarian Coalition Party leader, joked that Mečiar might need money to make instalments on the villa.

Going into the 2002 national elections, Mečiar physically hit a journalist from TV Joj who asked the politician repeatedly about the financial source for Elektra.

Most recently, Mečiar damaged the camera of a photojournalist from Nový čas daily because she wanted to photograph the HZDS leader in a Košice hospital.

Kubín has not lost hope that the ex-PM will evolve.