THE EUROPEAN Commission gave the green light to start formal EU membership talks with Turkey. But fears immediately following the EC's October 6 decision bubbled over into ardent debate about whether the large Muslim nation has a place in Europe.
As an EU member, Slovakia has the right to add its voice to the melee. But Slovakia first has to figure out how it feels about Turkey, and it only has two months to do it. 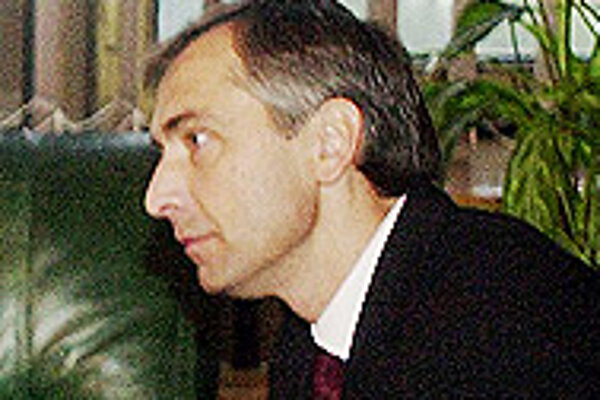 Font size:A-|A+0
THE EUROPEAN Commission gave the green light to start formal EU membership talks with Turkey. But fears immediately following the EC's October 6 decision bubbled over into ardent debate about whether the large Muslim nation has a place in Europe.

As an EU member, Slovakia has the right to add its voice to the melee. But Slovakia first has to figure out how it feels about Turkey, and it only has two months to do it.

Turkey, which straddles both Europe and Asia, has wanted EU membership for decades. At an upcoming EU summit in December, Turkey expects to learn definitively whether the EU will extend a welcome. And on December 17, when the Slovak Prime Minister Mikuláš Dzurinda presents Slovakia's stance on the country's EU bid, Turkey will know whether it has an ally - or something else.

The initial reactions by Slovak political parties to the EU's decision to open talks with Turkey indicate that it will not be an easy task for the Slovak government to take a unified stance to Brussels.

First to spring to action was the ruling coalition party, Movement for a Democratic Slovakia (KDH). Its leader and speaker of parliament, Pavol Hrušovský, initiated the preparation of a cabinet report on Turkey to provide them with an analysis that would help the lawmakers reach a conclusion on the matter.

Like its conservative counterparts throughout Europe, the KDH does not hide the fact that it fears allying Slovakia with a non-Christian country.

Ironically, the report surprised and disappointed Hrušovský because it remains neutral on Turkey's membership. It does, however, underscore that "a necessary condition for opening accession talks with any country is the fulfilment of the appropriate criteria in exactly the same manner as was required from other candidate countries". The report's neutrality did nothing to quiet the KDH's fears, however. "There are several reasons why the European Union should not commence talks on membership with Turkey," KDH spokesperson Laura Karpátová restated for The Slovak Spectator.

Karpátová cited deficiencies in democracy, human rights breaches, and discrimination against the Christian faith and non-European cultural and religious traditions as reasons for opposing Turkey's membership. She also included the unresolved question of Cyprus, the potential for illegal migration and Turkey's poverty.

Hrušovský told The Slovak Spectator, "We expect that the European Commission will closely observe the development of democracy and solutions to other contradictory issues pertaining to Slovakia."

No matter what his party thinks, Hrušovský insists that, based on a recently adopted law that enables parliament to oblige a member of the cabinet to present parliament-approved stances to the EU, parliament should have the final say over Slovakia's position towards Turkey's EU membership.

"Parliament should use its constitutional power to decide on what stance Slovak Prime Minister Mikuláš Dzurinda will present to the EU summit December 17."

The KDH favours a "privileged partnership" status for Turkey over full-fledged EU membership.

"The status of privileged partner is more suitable than full membership," Hrušovský told The Spectator. He believes the status gives respect to "a country that is gradually heading toward democracy".

Foreign Minister Eduard Kukan takes an entirely different view. "It is not appropriate to consider a special kind of status or partnership [for Turkey]. The Turkish side was unambiguous that such considerations would be unacceptable. This must be respected" Kukan told journalists.

Minister Kukan vehemently opposes the KDH's habit of associating risks of Turkish membership with the Islamic religion of the majority of Turks.

The SKDÚ's stance is in line with that of the European Commission report, which states the possibility of suspending talks if Turkey backtracks on human rights. The report is a useful starting point, according to the SDKU, ensuring that Ankara [the seat of Turkey's government] would have to meet strict conditions before becoming a part of the EU.

Nevertheless, just a few days before the SKDÚ made its official stance public, party boss Mikuláš Dzurinda was quick to say that Turkey was not a country that could join the European Union. Dzurinda does not think that Turkey has made sufficient progress in fulfilling the criteria that is required for starting accession negotiations.

The ruling Hungarian Coalition Party (SMK) also thinks that Turkey has not met the criteria for EU entry. It pointed to breaches in human rights, notably women's and minority rights. The SMK suggested that Turkey adopt measures to improve the market economy and intensify the war on corruption.

The New Citizen's Alliance (ANO) is the only party of the governing coalition that welcomes the European Commission's green light for Turkey. The ANO says it appreciates the headway that Turkey has made in human rights, securing basic freedoms and democratising the country and the law. Although the ANO admits that Turkey still has work to do, the liberal party insists that Turkey's integration into the EU would be a victory for Europe.

"An unambiguous 'no' to Turkey would be a dangerous precedent," said an ANO party spokesperson.

Slovakia's ruling coalition has yet to reach an agreement on Turkey's candidacy, but it has made a step toward it. Since the leaders of the four ruling parties failed to agree on a joint stance on Turkey's accession, they named a working commission to achieve this aim.

The joint position will then be advanced to parliament for a vote, the KDH spokesperson, Laura Karpátová, told The Spectator.

Prime Minister Dzurinda plans a marathon of meetings with opposition parties to reach consensus. He has already talked with the two strongest opposition figures: Smer leader Robert Fico, and Vladimír Mečiar, party boss of the Movement for a Democratic Slovakia (HZDS).

On behalf of their parties, Fico and Mečiar agreed that the EU should commence talks with Turkey but that they should be open-ended.

The Slovak parliament should debate the issue at its session beginning November 30. The EU affairs committee has asked the cabinet to prepare a draft bill outlining Slovakia's position. Foreign Minister Kukan pledged to deliver the draft to parliament sometime over the next few weeks.

Kukan thinks the time is not yet ripe for taking a definitive stance on Turkey and agrees with the committee's initiative.