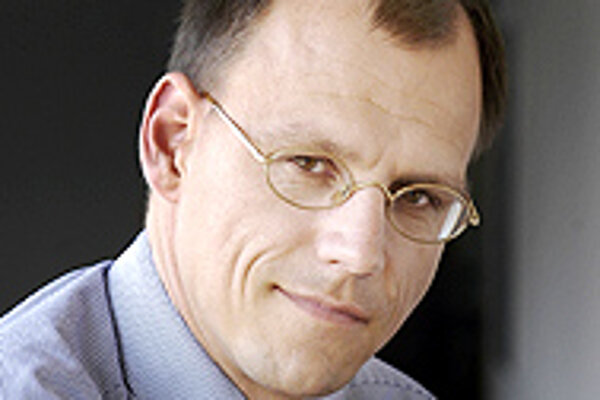 Font size:A-|A+0
THE SLOVAK insurance market is one the most competitive and swiftly changing sectors in Europe - so says Torsten Leue, the new president and chairman of the Board of Directors of Allianz - Slovenská poistovňa, the biggest insurance company in the country.

Allianz - Slovenská poistovňa itself is a fine example of how the market is changing. Formerly Slovenská poistovňa, the monopoly company was acquired in 2002 by Allianz after the Slovak government privatised the market. Since then, the German company's management has been working on a complex merger and re-branding process.

The Slovak Spectator caught up with Leue to talk about his impressions of the insurance market. Not entirely a newcomer to Allianz - Slovenská poistovňa (Leue sat on the Board of Directors for two years), Leue told us that the Slovak insurance market still holds some surprises.

Torsten Leue (TL): I was a member of the Board of Directors. Additionally, before Allianz acquired Slovenská poistovňa (SP), I worked at Allianz headquarters in Munich as vice-president for central Europe. I was responsible for buying SP, and I belonged to a committee dedicated to investment mergers. Thus, I believe I knew a lot going on in Allianz - Slovenská poistovňa before taking over as president.

Before I arrived in Slovakia, I expected a fast-changing market, and basically, my expectations have been fulfilled. One thing that surprised me, though, is the level of competition. The Slovak insurance market has become very competitive. It is incredible, really, because it is such a small market. But it is as competitive as a small market can be.

As for the company, I knew that it was full of young people, and there is great potential in youth. Right now, the task is to harness that potential. You have to make sure that the right people are working around you and that the market orientation is clear. In such a big company, you have to strike a balance between responding to market demands to meet business objectives and adjusting the internal organisational structure. Adapting to changes in the market requires that the company adjust its structure slightly, and so on.

TSS: How would you evaluate the Slovak insurance market? Are there any specific elements that stand out compared to the EU15 market? What is your opinion of the increased competition, the share of life and non-life insurance in Slovakia, and the development of insurance products for financial institutions?

This is normal in countries in transition. People want to first insure their property and cars; later they think about their pensions and long-term savings. I believe that the ratio between non-life and life insurance will be changing in Slovakia. There's big market potential there. For example, in the neighbouring Czech Republic, people spend roughly 80 percent more on life insurance than in Slovakia, at least in absolute numbers.

The bank insurance market has a long tradition in developed countries. Allianz - Slovenská poistovňa has a lot of experience in these products, in the EU and all over the world. Bank insurance is always a question of people working together. Banks and insurance houses have to understand each other and work together to reach the same targets. This is the first thing that is often underestimated.

TSS: Slovakia is just about to launch a new system of pension insurance. What do you think of the switch from a pay-as-you-go system to one that offers individual savings? Where do you see the risks of Slovakia's pension reform?

TL: Individual pension funds are known throughout the world, and Slovakia is one of the last developed countries to introduce this system. Pension funds can be understood as extra business for insurance and pension management companies, but on the other hand, they help solve a major problem facing a country's government: demographics. Pension funds benefit the insurance business for sure, but they also benefit the people because they help solve a problem.

[The pay-as-you-go system was deemed unfit to single-handedly support Slovakia's changing demographics. With the population growing older and fewer young people entering the workforce, there was less money to distribute to a greater number of people.]

If you talk about the risks of the reform, you have to ask, "For whom?" The risk for the government is guessing how many people will leave the pay-as-you-go system. For providers - insurance houses - it is a question of judging the volume of future clients to justify investing in a new business model. People don't realize it but insurance companies make huge investments to introduce a new business model, and company shareholders expect a return on investment.

As for the risks to clients, there are very few. Strict laws protect a client's pension. In fact, they have a big advantage over insurance companies in that regard. A pension belongs entirely to the account holder. He knows what's in it and no one can touch it. It's simply a matter of trust in the company managing the account. Insurance houses are strongly regulated. The law guarantees that a client receives an average return. It means no big risks, only safety.

TSS: You said there are some risks for insurance companies, too. Why did your company decide to join the new pension system?

TL: We are a market leader in Slovakia with about 6.2 million contracts. You cannot tell your customers that you cannot help them with their pensions. It was not a question of whether to join, but to what extent. If you consider customer relationships as important, you have to invest in products that capture the customer's interest, even if it doesn't interest the company as much.

TL: Yes, we believe we can capture 20 percent. The question is, 20 percent of what?

The government's official estimate says close to 50 percent of those who are eligible to open personal pension accounts will. That represents about one million people.

TSS: A massive advertising campaign is expected to introduce the so-called "second pillar" of the pension system. Do you think that this campaign will be specific, and if so, how?

It is very important to ensure success for those opting to join the new system for the first time. A disaster would damage the credibility of the system and people would go back to the first pillar [pay-as-you-go system].

The government has to be behind the success. I entirely support the Slovak legislation procedures that are so strict, for example, that companies who cannot support more than 50,000 pension policy holders will not survive. Regulations like this create trust.

TSS: Do you expect harsh competition between insurance houses that were granted a licence to manage pension funds? How do you think they will fare in the long term?

TL: Let me give you an example. Croatia is comparable to Slovakia in market size. More than seven companies decided to provide pension insurance when that country introduced a second pillar. Now, there are only four of them.

The legislation in Slovakia reads that if you have below 50,000 pension policy holders, you are compelled to go through certain procedures. From a business point of view, you can only survive if you manage a lot more than 50,000 accounts. Besides, the customer wants good services at a good price, and only the biggest companies can offer both.

Of course, you have to have experience in asset management as well. In a mature market, price is an issue but not the only issue. You have to look at the quality of services.

TSS: What impact will the pension reform have on life insurance?

I applaud the state for offering tax incentives to those who purchase life insurance as a supplement to their pensions. This third pillar of the reform will encourage people to think about mid-term savings.

TSS: Compulsory liability insurance on vehicles is an important topic on the Slovak insurance market. What are the challenges of this kind of insurance in Slovakia, and what changes need to happen to close the gap between the standards here and those of the EU15 markets?

TL: The most important topic on the liability market is the old burden. [A deficit from previous liability regulations is shared among insurance companies according to their current market shares]. We're talking about billions of crowns - close to Sk7 billion (€250 million) that the market has to carry in the future.

This, of course, has a strong impact on pricing and market behaviour. Market segmentation and competition came very quickly to Slovakia after privatisation. Now we have to face a heavily segmented market and at the same time, it's not certain that all the companies will be able to carry the [liability] burden in the future.