On the road with the Czech legends

THE GREAT Czech globetrotters Jiří Hanzelka and Miroslav Zikmund had, by the beginning of 1950, been on the road for three years. They had traveled across Africa, sailed to South America, and stayed in Argentina. Then they visited the Shuars Indians, a tribe in the Ecuadorian Amazon region, reputed to shrink heads to the size of a human fist. 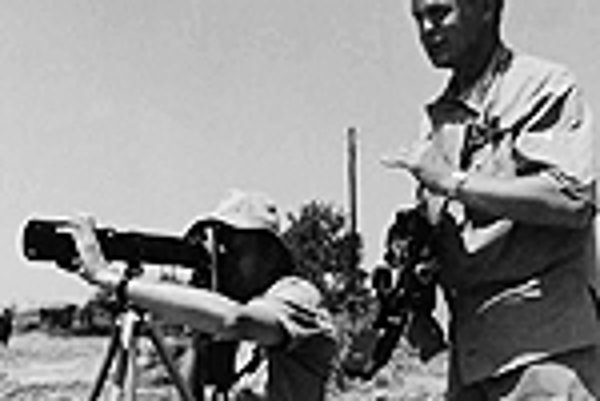 Font size:A-|A+0
THE GREAT Czech globetrotters Jiří Hanzelka and Miroslav Zikmund had, by the beginning of 1950, been on the road for three years. They had traveled across Africa, sailed to South America, and stayed in Argentina. Then they visited the Shuars Indians, a tribe in the Ecuadorian Amazon region, reputed to shrink heads to the size of a human fist.

Instead of violent warriors they found a friendly and welcoming people. Their hospitability reached its peak when the tribe's chief offered them his youngest and most popular son to take back to Czechoslovakia. Only a postcard of a snowy Prague persuaded the generous host that the boy would be certain to freeze to death should he accompany the Czechs.

This story is told in the film From Argentina to Mexico, which narrates some of the adventures of the two Czech travellers, who, during the communist era, made it to places their contemporaries could only dream about.

The film will be shown at the Czech Centre in Bratislava on November 18 at 18:00 (in the original langauge), as part of the photo exhibition simply entitled Jiří Hanzelka and Miroslav Zikmund: Photographs. Zikmund, who is now 85, is expected to attend the exhibition. Hanzelka died in 2003.

The exhibition is part of the Month of Photography festival and brings a new perspective to the two legendary travellers and their expeditions in the late 1940s and early 1960s. This time it shows them as great photographers.

"We were struck by their photographic talent," said Přemysl Řepa, of the Emauzy Centrum in Prague. He joined Radovan Kodera, a photographer at Plzeň's National Conservation Institute, in curating the exhibition. Kodera suggested concentrating on the artistic aspect of the photographs the two travellers took. In 2003 they exhibited them at the Plzeň Synagogue.

The two curators examined 120,000 negatives and made a final choice of 284 photographs. The majority of them have been transferred to Bratislava's Slovak National Museum and a selection will be exhibited at the Czech Centre.

The exhibition also includes authentic models of Tatra 87 and Tatra 805 cars in which Zikmund and Hanzelka travelled the five continents, as well as souvenirs and various artefacts they used or collected on their adventures.

The exhibition brings back the memory of the legendary travellers after half a century, as the two were persecuted by the communist regime and their works banned until the Velvet Revolution of 1989. Previously, people had to hide Zikmund and Hanzelka's books, and their names were erased from public life.

"For us, who could not travel, their journeys were our window to the world. Through their books we could identify with their experiences in Tanzania, Uganda, Mexico," said Peter Maráky, director of the Slovak National Museum.

The photos on show feature the less well-known pictures, some of which even the travellers never saw, taken mainly during their second set of journeys through Asia from 1959 to 1964, after which they were banned from public life.

"When Mr Zikmund saw the pictures, he was delighted and surprised. He considered some of them unsuccessful, which the two of them would never use," said Kodera, who thinks that "many could have aspired for the World Press Photo award, if it was possible at that time".