ONE of the last big privatisation deals involving a foreign investor might not go according to schedule.
Economy Minister Pavol Rusko rattled the business community by announcing that the sale of Slovakia's major power utility, Slovenské elektrárne, to Italian power producer Enel is "not certain". 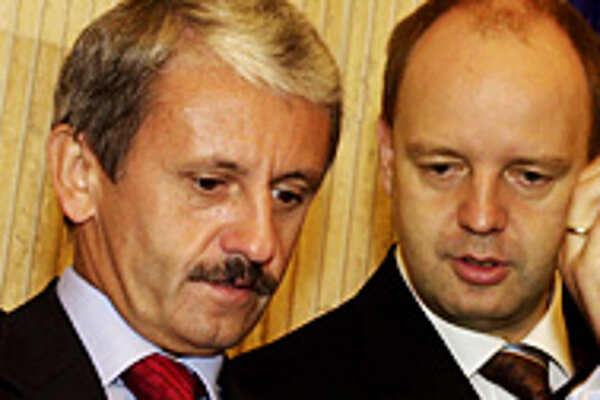 Font size:A-|A+0
ONE of the last big privatisation deals involving a foreign investor might not go according to schedule.

Currently, Enel, the cabinet's preferred buyer of a 66-percent stake in Slovenské elektrárne, and the Economy Ministry are discussing terms of the privatisation contract. However, Rusko hinted that too many issues remain unresolved, making the Slovak partner nervous.

"Enel is unwilling to accept several conditions made by the Slovak side. I am disappointed by the course of the talks. If Enel does not change its approach, I will consider other possibilities," Rusko told journalists.

According to the Economy Ministry, negotiations are stalled because the Italians are quibbling over insignificant details and so far disregarding the important issues.

Rusko has the authority to stop negotiations with Enel if the company does not live up to the seller's expectations.

"There are two alternatives [if the Slovak government and Enel do not break their impasse]. We either recommend discontinuing the tender [with Enel], or recommend negotiating with the company that took second place in the bidding process," Rusko told the news wire agency SITA.

Enel offered €840 million for the 66-percent stake in the Slovenské elektrárne, putting it far ahead of the closest competitor, Czech power utility České energetické závody (ČEZ), which offered €150 million less. A consortium led third place in the bidding process.

ČEZ says it is ready to start negotiations any time the Slovaks are ready.

"Our position has not changed," said ČEZ spokesman Ladislav Kříž. "ČEZ has always declared that it is prepared to negotiate with Slovakia regarding the acquisition of Slovenské elektrárne at any time."

Slovakia's privatisation advisor, PricewaterhouseCoopers, does not recommend that Rusko pull out of the tender process with Enel or approach ČEZ. A formal decision is expected next week.

The Economy Ministry has not specified what, exactly, is clogging the deal. His reticence has encouraged media speculation.

According to the financial daily Hospodárske noviny, the impasse could be over the way in which the Slovak state has chosen to manage its 34-percent minority share; the return of Gabčíkovo waterworks to state administration; or a long-term rental agreement with the Slovak power producer.

Some experts believe that the Slovenské elektrárne investment program - and whether Enel identifies with it - could be one of the reasons for the deadlock.

Another long-term deal, between Slovenské elektrárne and an aluminium smelter, Slovalco, might also be one of the thorns in Enel's side. In 1994, the power utility signed a contract that ensures advantageous energy prices to Slovalco through 2013.

Official ministry sources deny, however, that Slovalco plays any decisive role in the negotiations with Enel. The ruling coalition has promised to address the Slovalco contract, which interferes with Slovakia's commitment to the EU to liberalise its electricity market by 2006.

The European Bank for Reconstruction and Development and Norwegian company Norsk Hydro holds the majority stake in Slovalco, which is pressing the Slovak government to honour the contract.

The head the Hungarian Coalition Party (SMK), Béla Bugár, says that the obligation of Slovenské elektrárne to Slovalco might be problematic and thus it should be solved prior to privatisation of the company.

Bugár and the SMK have come out against privatising Slovenské elektrárne, arguing that the deal potentially threatens the country's ability to supply its own energy.

However, a member of the SMK, István Harna, told The Slovak Spectator that the SMK is not against the privatisation per se, but concerned over who will eventually buy the state's shares.

Harna said that the Italian firm has not proceeded the way a strategic investor might, but rather as a company intending to eventually sell.

The Christian Democratic Movement (KDH) joined the SMK in expressing concerns over the privatisation, primarily because Enel is partly owned by the Italian government.

Enel has been careful about how it talks about the privatisation deal, but it did describe concrete steps it had taken to eventually sell the Italian government's shares.

"Enel yesterday [October 4] launched its road show for the sale of up to 20 percent of the company's stock, which is still held by the [Italian] treasury. This could bring the treasury's stake in Enel down to 30 percent," Ralph Traviato, Enel's press spokesman, told The Slovak Spectator in early October.

The country's energy sector is buzzing, even excluding the Slovenské elektrárne and Enel deal.

On October 26, the parliament passed crucial energy-related legislation: the Energy Act, an amendment to the Regulation in Network Industries Act, and the Thermal Energy Act.

The Energy Act is an important tool to harmonise Slovakia's legislation with the EU and fully liberalise the country's energy market. It includes a commitment to promote the use of energy from renewable sources.