IVAN Šimko is leaving the Free Forum party for what he calls a lack of "any programme or set of values". Šimko, who founded the party less than a year ago, will become an independent member of parliament.
Although Free Forum (SF) was established as a Christian values-based party, Šimko said that, for him, SF had become a party of "improvisation" in which members were "fighting for power and political position". 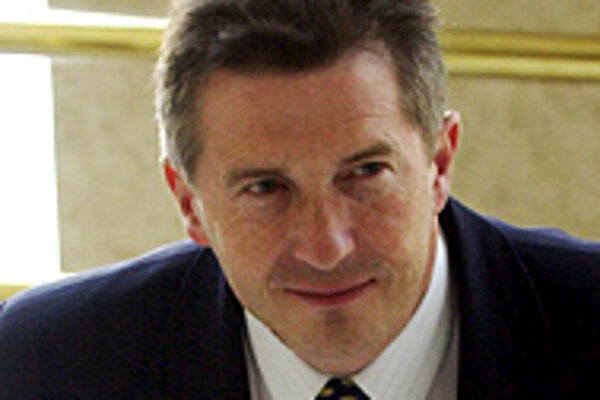 Font size:A-|A+0
IVAN Šimko is leaving the Free Forum party for what he calls a lack of "any programme or set of values". Šimko, who founded the party less than a year ago, will become an independent member of parliament.

Although Free Forum (SF) was established as a Christian values-based party, Šimko said that, for him, SF had become a party of "improvisation" in which members were "fighting for power and political position".

Šimko told The Slovak Spectator that his decision to leave SF was difficult. "My decision was the result of a deep and long reflection of my 15 years in public life. I came to the decision gradually, and I admit, it was not easy. But serious political decisions usually do not come easy," he said October 25.

Free Forum's secretary, Viktor Maroši, is also leaving the party. According to media sources, another SF member, MP Alexej Ivanko, is considering it.

In an official statement, Free Forum said it took note of Šimko's decision to leave, but it would not accept that the party lacked an agenda or values.

"The SF will continue to respect and adhere to the values and principles that, thanks to Ivan Šimko, provide its foundation," the statement reads.

Soňa Szomolányi, a political analyst from Comenius University's political sciences department, said she was not surprised by Šimko's departure, and that the move was likely motivated in part by "unfulfilled personal ambitions".

"Šimko certainly has made several mistakes as a professional politician during his career," she said, "but the decision to leave SF was a rational one. Maybe it could even have come earlier."

The analyst thinks that Šimko's leaving is "an honest way of retreating" from the situation.

Retreat is not new for Šimko. The former Defence Minister has either founded or helped found four parties, and has been a member of three. "I could start a business establishing political parties," he said, laughing.

In 2003, Šimko left the Slovak Democratic and Christian Union (SDKÚ) in protest of how Prime Minister Mikuláš Dzurinda handled a case that resulted in the firing of Ján Mojžiš, who was the head of the National Security Office (NBÚ).

At the time, Dzurinda said that Mojžiš was linked to a group that worked against the interests of the state and the SDKÚ. Subsequent investigations never confirmed Dzurinda's allegations.

Because Šimko refused to support Mojžiš recall in the cabinet, the SDKÚ fired Šimko from the party's top body. Shortly thereafter, Šimko left the SDKÚ, taking several members with him, including the former deputy spokeswoman of the Slovak parliament, Zuzana Martináková. They formed the Free Forum a few weeks later.

Šimko had planned on becoming the SF party leader, but in a surprising turn, his fellow SDKÚ maverick, Martináková, took the ballot in a tight vote.

Šimko had spent more than a decade in active politics compared to Martináková's two. His defeat by a political newcomer, many said, devastated him. But according to Szomolányi, Šimko continued to adhere to the pro reform program principles based on which he was elected to the parliament on the SDKÚ ballot.

Unlike the SF, he also supported several major cabinet laws, including the recently approved health reform.

Analyst Szomolányi said it was ironic that Martináková recently scorned Šimko for supporting the healthcare reform package, just as the SDKÚ leadership scorned Šimko in 2003 for failing to toe the party line on Mojžiš.

"The SF was created as an opposition to PM Dzurinda and his party, but Šimko has a sense of honesty, and because of that, he largely voted in line with Dzurinda's cabinet's healthcare reform programme even while in the Free Forum," he said.

Szomolányi added that he thought it was "a bit naive" of Šimko to think that he could create a so-called politics of values party. "I think Šimko was used only as 'the face' of the new Free Forum party," he said.

Šimko remains optimistic about his future. "I want to become an independent MP without any party membership. But in parliament, I will express my opinions and positions to the [ruling] Christian Democratic Movement (KDH)," Šimko told journalists October 23.

The KDH, for its part, does not embrace the idea.

KDH is one of the parties that Šimko helped establish. He was a KDH member until he left with Dzurinda to found the Slovak Democratic Coalition (SDK), and later, the SDKÚ.

The creation of the SDK hurt the KDH considerably, and the party's leader, Pavol Hrušovský, still nurses old wounds.

"We know Ivan Šimko's style of politics. The KDH remembers well the steps he took to weaken the KDH in politics," said Hrušovský.

When a member of the SDKÚ, Šimko was perceived as one of Dzurinda's closest peers and the party's main ideologist. Šimko drafted the majority of the party's ideological as well as political documents.

One of Šimko's main reasons for leaving the SDKÚ was that the party had lost sight of its values. Even though Šimko has repeatedly left parties for what he considers a lack of morality, he said that he believes that values-based politics can exist in Slovakia.

"I still cherish the hope that Christian and civic democrats can cooperate," he said.

Dzurinda suggested that he would not be against Šimko's return to the SDKÚ, saying that the former Defence Minister "never drove anyone out" of the party. "It is up to him to decide," said the Prime Minister.

Šimko insists that his political focus is elsewhere. "I want to support politics that is not in the business of fighting for power," he said.

Šimko said that the KDH is the group that is most closely aligned with his beliefs. "My complex political experience has led me to support Christian-democratic policies, and that is my principal decision," he said.