BREWERIES in Slovakia are saying that high excise taxes are creating an industry crisis. The Finance Ministry disagrees, arguing that low income taxes offset excise taxes, and the real reason for lacklustre beer sales lies elsewhere.
Since August 2003, small breweries have been paying an excise tax of Sk37 per hectolitre and per plato of beer produced, while large breweries have been paying Sk50 per hectolitre and per plato. 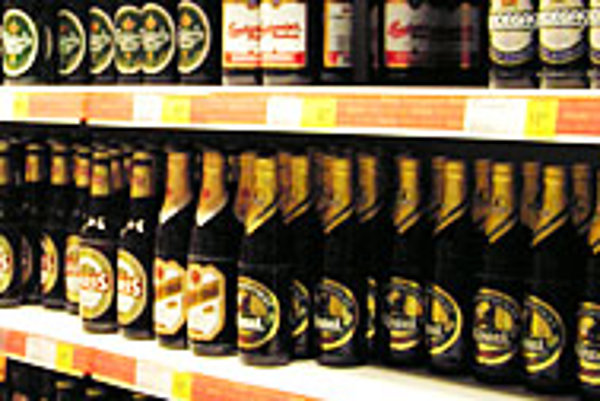 Three breweries and two malt producers have closed since the excise taxes were raised, costing 500 jobs in Martin, Nitra, and Trnava. According to the Slovak Association of Beer and Malt Producers (SZVPS), three more breweries are about to collapse.

The beer industry recorded a total loss of Sk355 million (€8.8 million) for the first half of 2004. The SZVPS expects that figure to reach Sk500 million by the end of the year.

"We believe the reason behind lower beer consumption in Slovakia is because of the discord between a radical hike in excise taxes on one side, and purchasing power of consumers on the other," said Roman Šusták, the executive manager of SZVPS, in an interview with The Slovak Spectator.

The Finance Ministry disagrees. Peter Papanek, advisor to the Finance Minister, told The Slovak Spectator that excise taxes do not reduce the competitiveness of domestic beer producers.

"Direct taxes, such as income tax, have far more influence on industry performance," he said.

Papanek said that the government's tax reform, which included income tax cuts and the abolishment of taxes on dividends, more than compensated for the hike in excise taxes on beer.

While Šusták admits that low direct taxes have improved the general business environment in Slovakia, he says that "in the case of beer production, high excise taxes work against us, just like high direct taxes do."

The Finance Ministry suggests that the drop in consumption of Slovak beer might be a consequence of increased foreign beer imports as well as a gradual shift in consumer habits, with Slovaks consuming less alcohol in general.

Papanek continued: "The problem of low beer consumption is not local. It is decreasing in other countries, too. In the Czech Republic, they say cool weather is the reason."

Empirical studies show that changes in price usually do not affect consumption of goods like beer, wine and cigarettes.

"The role of the state is not to maximise beer consumption in Slovakia [especially since] beer consumption is related to higher healthcare costs and other [state] expenditures in the criminal and social systems. Each excise tax hike is supposed to increase the state budget in proportion to what it needs to cover such expenditures," Papanek said.

The Finance Ministry said that lower excise taxes would not necessarily result in lower beer prices but that it would necessarily mean "less needed income for the state".

The Slovak brewery association refutes the causes of low beer consumption provided by the Finance Ministry, and has asked all Slovak political parties to help the association push through an amendment in parliament that would reduce excise taxes on beer.

Members of the parliamentary committee for agriculture submitted a proposal to amend the law on beer excise tax with the goal of reducing current taxes to parry industry losses. However, the parliament turned it down October 26.

Pavol Hrušovský, chairman of the Christian Democrat (KDH) party and speaker of parliament, told journalists that the coalition would need to have talks with representatives of the Slovak brewing industry to ensure against further plant closures.

The Big Three, Heineken, Šariš, and Topvar, which capture a total market share of 86 percent, are the largest breweries in Slovakia. The rest of the market belongs to small breweries (those that produce less than 200,000 hectolitres of beer) like Steiger, Stein, Tatrab, and Popper.

The beer industry weathered a storm recently. Small breweries did not like the radical approach of the Big Three and were considering leaving the SZVPS to form its own association.

Small brewery association members were particularly irritated when certain SZVPS representatives said that only the big breweries would survive if the government did not arrange for excise tax cuts.

Eduard Rada, the director of Steiger brewery in Vyhne, told the news wire agency TASR that small breweries do not have financial problems. On the contrary, they have succeeded in maintaining profits, even though the industry as a whole is facing losses.

Small Slovak breweries were hoping for an excise tax of Sk25 per hectolitre and per plato of beer. Rada thinks that pushing cuts through parliament of one excise tax rate - that of the smaller brewers - would be more acceptable to the Ministry than asking the government to lower both.

Small breweries reached a tentative agreement with SZVPS, reconciling them for the time being.