THE EVER-GROWING popularity of photography may be put down to the flexible, easy-to-use applications of the digital revolution. Or perhaps it is just that snapping has finally won out over the other visual arts. Regardless of the answer, the phenomenon that is photography has spurred growth in Bratislava's annual Month of Photography festival, the longest-running such celebration in Central and Eastern Europe. 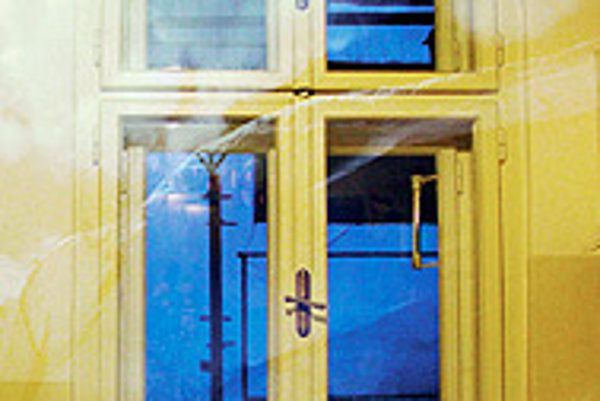 Font size:A-|A+0
THE EVER-GROWING popularity of photography may be put down to the flexible, easy-to-use applications of the digital revolution. Or perhaps it is just that snapping has finally won out over the other visual arts. Regardless of the answer, the phenomenon that is photography has spurred growth in Bratislava's annual Month of Photography festival, the longest-running such celebration in Central and Eastern Europe.

Since its launch in 1991, the festival has grown into a veritable carnival of photographic expression, housing numerous exhibitions and giving space for creative discussion and practical workshops.

More than 100,000 visitors are expected to sample its delights this year.

Thirty-nine exhibitions showcasing works by over one hundred artists will be on display, in this, the festival's fourteenth year. As is the custom, exhibitions are being held in a web of galleries, cafteterias, museums and other cultural centres. The aim is to bring art photography closer to the public. This year's festival also stretches its tentacles abroad.

Big names from various countries, including Switzerland, Spain, Croatia and Slovakia, have been included by the organisers, The Fotofo Society. This fulfills the festival's main aim of showcasing art photography from Central and Eastern Europe. But there are also works from further afield, including India.

World-renowned Indian photographer Raghu Rai's exhibition at the House of Arts is one of the highlights picked out by Month of Photography director, Václav Macek. Rai's photographs offer a unique insight into the

human and environmental tragedy that has engulfed the Indian city of Bhopal since December 1984, when an explosion at a pesticide plant released lethal gases into the city - the world's worst industrial disaster.

Other highlights include a visual chronicle of Germany from the 1950s to the 1990s by Swiss documentary photographer René Burri, at the Bratislava City Gallery. Czech Jan Svoboda combines simplicity and magic realism in his works displayed at the SPP Gallery.

Slovak names particularly worthy of mention, according to director Macek, are Miloš Dohnány and Marek Kvetan. To mark the 100th birthday anniversary of the former, a leading light in the almost forgotten Slovak modernist photographic movement, the Slovak National Gallery and Fotofo are holding an exhibition and introducing a publication of his work.

Another unique exhibition space, created especially for this festival, is the basement of the former art school at Palisády 51. This underground area, which served as a bunker and probably a prison during World War II, hosts the 3 + 3 exhibition, a creative dialogue between two cultures. Curated by the Crossroads for Ideas project, it introduces Great Britain through the eyes of Slovak photographers, and Slovakia through the eyes of their British counterparts.

From the Czech Republic, the organisers have brought a reduced version of the Nude in Czech Photography 1960-2000 show, which garnered great success in that country. Another Czech exhibition, Jiří Hanzelka and Miroslav Zikmund, shows what it was to travel in far-off countries 50 years ago.

The Institute for Public Affairs (IVO) presents the work of another winner of its grant to present A Pictorial Report on the State of the Country, Slovakia 004. This time the award went to a Czech, Tomki Němec. In his ironic photos Němec focuses on the influence of pop culture.

Among collective "must see" exhibitions, Václav Macek points to the winning works of the prestigious European competition, the Fujifilm Euro Press Photo Awards 2004.

And similarly to last year, Slovakia is displaying some of its art photography in Vienna. Café Stein at Währinger Strasse 6-8, hosts a show by artists from the Visegrad Four countries, and Austria - Silvia Saparová, Ján Bartoš, András Ridovics, Joanna Žak Tvarog, and Andrea Starl. MuseumQuartier is presenting an exhibition entitled Body-Pain-Ornament by Slovak photographer Dorota Sadovská.

Following the successful start to the new practice of selling photographic works, the Soga auction house will hold a photo sale November 5. Its aim is not only to generate revenue, but also to promote photography as an item of collectors' interest.

For more information on the individual exhibitions visit www.fotofo.sk (also in English).