WITH Slovakia's state-owned airlines at the brink of bankruptcy, a cosy bailout offer from long-term business partner Austrian Airlines has the Transportation Ministry jumping for joy. However, the terms of the offer make it possible for state shares to end up in the hands of Austrian Airlines. 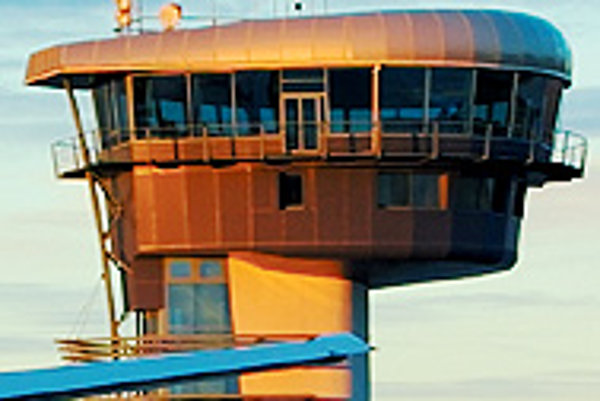 Font size:A-|A+  Comments disabled
WITH Slovakia's state-owned airlines at the brink of bankruptcy, a cosy bailout offer from long-term business partner Austrian Airlines has the Transportation Ministry jumping for joy. However, the terms of the offer make it possible for state shares to end up in the hands of Austrian Airlines.

A joint-stock company, Slovak Airlines' shares are worth Sk763 million (€19 million). The Slovak state owns an 89.5-percent stake. Other shareholders are the Devín Group with 5.8 percent, and Willi with 4.7 percent.

The fact that Austrian Airlines could end up with state shares without an official privatisation evaluation by the Economy Ministry or a public tendering process has raised analysts' eyebrows. Nevertheless, it appears likely that Slovak Airlines will accept the offer with the state's blessing.

In an interview with The Slovak Spectator, Tomáš Šarluška, the spokesman for the Transportation Ministry, said the Ministry welcomes the arrangement.

"We are pleased by Austrian Airlines' initiative, especially with Slovak Airlines so close to bankruptcy. We are not against entering into a loan agreement with them.

"If there are protesting voices from some carriers against Austrian Airlines' offer, it could be that they are afraid of increased competition," Šarluška said.

Šarluška does not think that the Austrian Airlines' option to capitalise a potential loan default by Slovak Airlines into shareholder stakes is against state privatisation rules set by the Economy Ministry .

Šarluška added that Austrian Airlines would only be able to acquire a portion of the state's current 89-percent stake in Slovak Airlines in case of default.

It would have to participate in an official tender process to access more shares.

"Even if a part of the state's stake would be capitalised in favour of Austrian Airlines, the tender for the remaining percentage would for sure take place," he said.

According to Maroš Havran, spokesman for the Economy Ministry, the privatisation proposal is on the Ministry's agenda. However, the Ministry is waiting to see how the loan with Austrian Airlines plays out before announcing the tender.

Whether the air carrier will find bidders for actual privatisation remains to be seen, as the only quantifiable benefit of acquiring Slovak Airlines in its present state would be to gain licensure of a national air carrier.

According to a document that the Transportation Ministry submitted to the Slovak government, the economic situation of the state's air carrier is dire, "characterised by a long-term lack of investment and financial capital". Slovak Airlines is burdened by previous losses amounting to Sk619 million (€15.5 million); debts owed to shareholders are the air carrier's biggest problem.

Slovak Airlines provides scheduled and chartered air transport for passengers, and it also makes cargo and mail runs. It is responsible for plane maintenance and operates a travel agency.

Slovak Airlines is confident that a strategic partnership with Austrian Airlines will help the company overcome its financial crisis. According to Marek Reviľák of Slovak Airlines' marketing department, mergers and acquisitions are commonplace in the global air industry.

"At the beginning of this year, Slovak Airlines started talking to Austrian Airlines about cooperation and operating common lines out of Bratislava. Shared routes to London, Paris and Brussels are the result," Reviľák told The Slovak Spectator.

"A foreign partner or investor would benefit any air company, including us, because they can support efforts to develop and strengthen a business plan," he said.

The Transportation Minister, Pavol Prokopovič, also expressed his hope that Austrian Airlines would become a partner in the privatisation of Slovak Airlines, once that process gets underway.

"I can't imagine a better strategic partner for Slovak Airlines," he told the press. Prokopovič confirmed that the loan guaranteed by Austrian Airlines could end up converted to an equity stake, the SITA news wire reported.

"Currently an audit is being performed in Slovak Airlines to evaluate its financial results for the last year. After that, an international tender will be announced for the privatisation," the minister said.

Prokopovič refused to specify what portion of Slovak Airlines would be privatised. "We will decide on this portion after the audit is concluded," he stated.

"The development of Slovak civil aviation is of significant importance to Austrian Airlines, considering the company's market position," the company stated in early October.