BOTH Bratislava and Košice airports are expecting a bright future. They report increasing numbers of passengers and a growing interest from foreign investors.
The Transportation Ministry is confident that it will be able to find reliable strategic investors and sell the airports at an appropriate price in a tender process that is already underway.
"There is a great deal of interest from potential investors to buy shares in both airports. 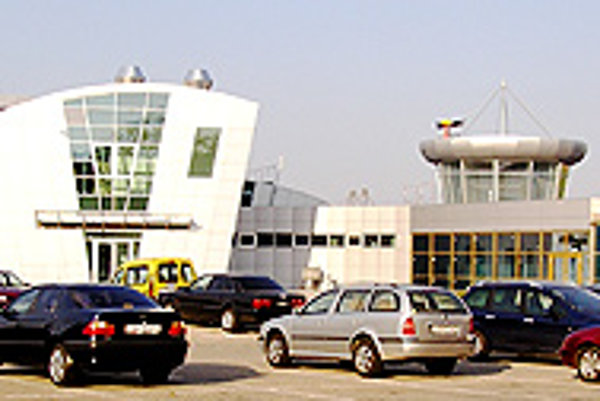 Font size:A-|A+  Comments disabled
BOTH Bratislava and Košice airports are expecting a bright future. They report increasing numbers of passengers and a growing interest from foreign investors.

The Transportation Ministry is confident that it will be able to find reliable strategic investors and sell the airports at an appropriate price in a tender process that is already underway.

"There is a great deal of interest from potential investors to buy shares in both airports. This includes foreign companies from America and Asia, as well as Europe. Investors for Bratislava and Košice airports should be chosen by the end of 2005," Tomáš Šarluška, the spokesman for the Transportation Ministry told The Slovak Spectator.

The first stage of the privatisation process was made at the end of April, when Minister Pavol Prokopovič signed documents establishing new trade companies out of what were previously state-subsidised corporations. The two stock companies started operations this May.

In October this year the Ministry announced that it was tendering for a privatisation advisor on the sale of the two airports. The ministry will only allow highly experienced companies in the field to take part in the tender.

The candidates are supposed to submit their proposals by November 12, 2004. The advisors will also recommend just what percentage of shares in both airports would be made available to investors.

Both Bratislava and Košice airports are pleased with the volume of passengers in recent years. They are hoping that their future investors will help them develop their business plans.

"The airport in Bratislava is exceptionally satisfied with the number of passengers. 714,000 people passed through Bratislava airport in the first nine months of this year. That represents a 91-percent increase year-on-year," Želmíra Habánová from the marketing department of Bratislava airport told The Slovak Spectator.

Bratislava airport authorities expect that the number of passengers passing through the airport will reach 900,000 this year. Passengers can fly directly from Bratislava to 30 destinations in Europe, Asia and Africa as well.

Habánová explained that growing interest in the airport is related mainly to Slovakia joining the European Union and the fact that renowned carriers such as Austrian Airlines, Lufthansa and easyJet are, or will shortly be, touching down in Bratislava.

"The growth of domestic carriers like SkyEurope, Air Slovakia, and Slovenské Aerolínie have also had a positive impact on development," added Habánová.

The growing number of passengers, however, has started to exceed the capacity of Bratislava airport. The management says that a modernisation and enlargement programme is inevitable.

"This year has shown that we need to optimise services. The times when only a few airlines took off from this airport are over. The check-in facilities we have were designed for 330 passengers per hour. However, during the summer the number sometimes reached 500 people per hour. We had to increase the number of check-in counters and departure gates, as well as parking places," Habánová explained.

The Bratislava airport authorities forecast that the number of passengers will increase to 1.2 million next year. Apart from more check-in counters and parking space it is planning to rent more premises for shops and, in the mid-term, build a new terminal. They also expect to hire more safety staff.

Location is one of its biggest attractions for potential investors. Situated as it is near the borders of Austria, Hungary and the Czech Republic, Bratislava serves as a natural gateway to Central Europe.

Habánová explained that Bratislava airport is even now acting as an alternative to Vienna airport, just 60 kilometres away. The airport hopes that in the future it could welcome passengers from Austria, Hungary and the Czech Republic, as well.

"There are signs that the airport is attracting a lot of interest. It is clear that an increasing number of passengers as well as the arrival of new air carriers is good for us. We expect that investors will want to initiate new development projects and that the airport will become as attractive as other European airports," she continued.

Horváthová explained that an increased demand in Košice airport services also stems from EU accession, and that recent government reforms have encouraged an influx of direct foreign investments.

According to her, the growing economic power of the domestic population, and the opening of labour markets in some western countries, makes Slovaks of all ages want to travel.

"Gradually, people are realising that time is money and air travel is a way of saving time," added Horváthová.

Košice airport has invested Sk1.2 billion (€30 million) in development and modernisation in the last 12 years. The investments helped to put the airport into the category of rank II of the International Civil Aviation Organisation (ICAO).

"Investments in an airport are not always reflected in its income. The return on such an investment relates mainly to long-term safety systems. It is often said that an airport is the engine of a region's economy.

"Our surveys confirm that investors coming to our region appreciate a well-functioning airport," emphasised the director.

Passengers can fly regularly from Košice to Bratislava, Prague and Vienna. During the summer season travel agencies offered 18 destinations in Europe, Asia, and Africa.

"The proximity of the Schengen border [EU countries in which there are no border controls] and the location of this airport, predestines it for growth.

"A planned industrial park near Košice in Pereš should also contribute to the development of the airport," Horváthová concluded.

So far, only Vienna airport and Austrian Airlines (who is interested in Slovak air carrier Slovenské Aerolíne) have officially declared that they would like to be the new owners of Bratislava airport. The Slovak press earlier reported that Argentine and Thai investors are also interested in Košice and Bratislava airports, but some analysts doubt the trustworthiness of this information.

The cities of Bratislava and Košice have also expressed their interest in being involved in the privatisation process and acquiring minority stakes in the airports. They say that cooperation between the airports and the municipal authorities would be to their mutual advantage.

While analysts have almost no doubts about the potential of Bratislava airport to investors, they are not so sure about Košice.

Smaller airports are not always attractive to investors, even though Košice is a city of potential growth.