"USING steam for bending wood has been well-known since ancient times. Typical examples of traditional wood bending are the side of a boat, the handle of a walking cane, or parts of a stringed musical instrument," said Tibor Uhrín.
The old technique has inspired the artist to create unique wooden bowls, the individual parts of which are stitched decoratively together. 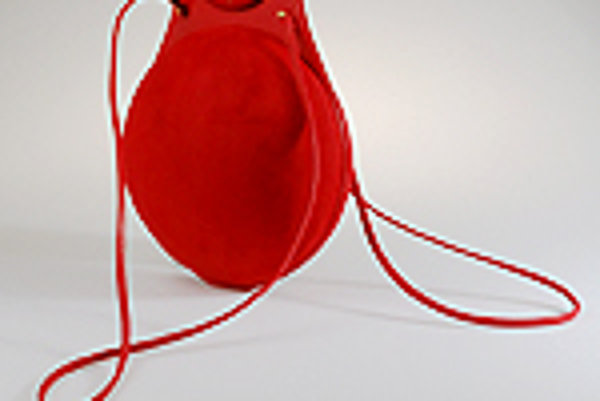 Font size:A-|A+0
"USING steam for bending wood has been well-known since ancient times. Typical examples of traditional wood bending are the side of a boat, the handle of a walking cane, or parts of a stringed musical instrument," said Tibor Uhrín.

The old technique has inspired the artist to create unique wooden bowls, the individual parts of which are stitched decoratively together. The highly aesthetic but practical result in walnut won him first prize in the Dining Sets category of Rings in Water 2004, a competition combining traditional crafts and contemporary design.

Along with over a hundred other works, Uhrín's creations are currently on display at a newly-opened gallery at the Folk-Art Production Centre (ÚĽUV) in Bratislava.

"We have noticed that the number of participants is rising," said Agáta Žáčková, the chairman of the competition's seven-member jury. "It marks a new course of development at ÚĽUV."

Thanks to the competition, which originated in 1999 as a European project, Slovakia has bred its new bearers of tradition. While some have slowly started to infiltrate their works amongst the highly traditional offerings at ÚĽUV shops, others remain at the level of sole experiment.

"The exhibition proves that there is young talent here, who manage to make the work of their grandfathers look modern," said Milan Beljak, the director of ÚĽUV.

The third year of Rings in Water saw 205 applicants from all around Slovakia, who submitted a total of 544 artefacts. The increase in number was reflected in the higher quality of the products, which induced the organisers to add more works to the exhibition. Visitors can thus see 22 winners of the various categories and an additional 85 exhibits, all listed in a full-colour catalogue available at the venue.

Among the winners is a collection of mugs by Ivica Markovičová. Her set of glazed glasses, inspired by the traditional wooden mug (črpák) and Pozdišovce pottery, gives the art of mug making a new aesthetic twist. She uses the spiral-like pottery technique and extends the mug's body into its handle. The wire-and-wood rocking couch of Michal Hanula, the winner of Interior Object category, draws inspiration from the traditional tinker's technique.

Some of the designers, craftsmen and artists went to less explored traditional crafts for inspiration. One such example is the wood craftsman Uhrín, whose other collection, a set of works entitled Štiepance (Wood Chips), won the Souvenir category. Inspired by the nicely uneven surface of chopped dried wood he created boxes and candleholders.

Similarly, Nikoleta Píšová surprised judges with her felt bowls. Using compressed wool fibres she coiled them into bowls, following again the popular turning technique of tinkers. Michaela Getlerová collected chewing gum packs and, folding them using a basket-weaving-like technique, she sewed a corset and a bonnet out of them.

Kleinová also manages the ÚĽUV Design Studio that develops, maps and promotes the activities of this new wave of young talent inspired by folk art. Many of those who participated at the Rings in Water have had their works exhibited and put on sale there.

"The Slovak craftwork we have exported abroad is too traditional - such as corn husk dolls," said Hanula, who participated in the competition for the second time. "For young people like me it's interesting to see that there is the possibility to make traditional craftwork in an attractive up-to-date way."