Talks take a turn in the right direction

ONE of the last big hurdles to the privatisation "deal of the year", which involves the Slovak government, the country's dominant power producer Slovenské elektrárne, and an Italian investor, has been cleared.
"The negotiations are on the right path," spokesman for the Economy Ministry, Maroš Havran, told The Slovak Spectator November 11. 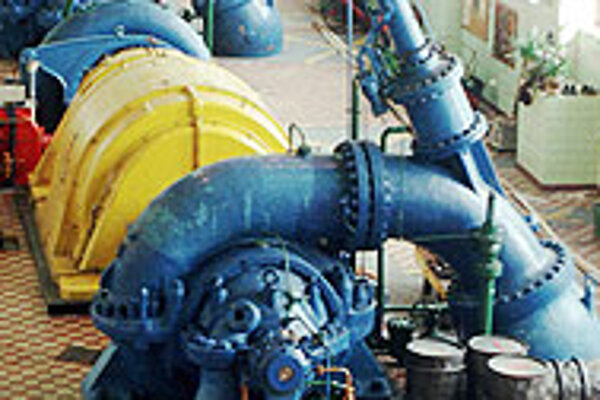 Font size:A-|A+  Comments disabled
ONE of the last big hurdles to the privatisation "deal of the year", which involves the Slovak government, the country's dominant power producer Slovenské elektrárne, and an Italian investor, has been cleared.

"The negotiations are on the right path," spokesman for the Economy Ministry, Maroš Havran, told The Slovak Spectator November 11.

As late as October, Economy Minister Pavol Rusko expressed concerns that selling a 66-percent stake of Slovenské elektrárne to Italian buyer Enel was uncertain. But since then, it appears that the privatisation talks have taken a turn for the better.

The talks should have concluded November 1. However, on October 28, Rusko announced an extension until November 11, after which time Enel's exclusivity in the deal would expire. At issue, the Ministry implied, were three conditions required by Slovakia that Enel had not yet agreed to.

Havran told The Slovak Spectator that the government is not interested in prolonging the talks because such an act would require extending the validity of the Enel bid, which ends November 21.

Once the talks wrap up, the country's national privatisation agency, the National Property Fund (FNM), and the Slovak government must seal the contract.

The Economy Ministry has not specified what, exactly, has been clogging the deal.

According to the financial daily Hospodárske noviny, the impasse could be over one or all of the following: the way in which the Slovak state has chosen to manage its 34-percent minority share; the return of Gabčíkovo waterworks to state administration; or a long-term rental agreement with the Slovak power producer.

The SME daily announced that it had inside information that indicated that the deadlock was over a guarantee over a "backdoor" fuel cycle. Slovakia reportedly demanded a guarantee from Enel that the Italian company would not make the Slovak state responsible for the eventual deficit of Slovakia's Liquidation for Nuclear Facilities Fund.

The state liquidation fund is the only resource for covering costs associated with liquidating nuclear power devices, including spent fuel. Currently, Slovenské elektrárne covers part of the liquidation costs in addition to paying the fund an annual fee of Sk2.6 billion (€947 million).

The state liquidation was created in 1995, 23 years after the first nuclear power plant started operation, which explains why it has a deep deficit. Also, unplanned expenses, such as the dismantling of the A1 nuclear reactor at Jaslovské Bohunice, further increased its debt.

According to experts, the state liquidation fund will run out of money in 2039 at the current pace of funding and spending.

The Economy Ministry considered offsetting the deficit by increasing electricity prices before the sale of Slovenské elektrárne, as no investor would want to take on the fund's existing Sk90 billion (€2.24 billion) deficit, the SME daily reported.

Some experts believe that the Slovenské elektrárne investment program - and whether Enel identifies with it - could be one of the reasons for the deadlock.

Another long-term deal, between Slovenské elektrárne and an aluminium smelter, Slovalco, might also be one of the thorns in Enel's side. In 1994, the power utility signed a contract that ensures advantageous energy prices to Slovalco through 2013.

Official Ministry sources deny, however, that Slovalco plays any decisive role in the negotiations with Enel. The ruling coalition has promised to address the Slovalco contract, which interferes with Slovakia's commitment to the EU to liberalise its electricity market by 2006.

Enel offered €840 million for the 66-percent stake in the Slovenské elektrárne, putting it far ahead of the closest competitor, Czech power utility České energetické závody (ČEZ), which offered €150 million less. A consortium took third place in the bidding process.

ČEZ says it is ready to start negotiations any time the Slovaks are ready.

"Our position has not changed," said ČEZ spokesman Ladislav Kříž. "ČEZ has always declared that it is prepared to negotiate with Slovakia regarding the acquisition of Slovenské elektrárne at any time."

In late October, when Rusko said the Enel deal was uncertain, PricewaterhouseCoopers recommended that Rusko continue talks with Enel and not approach ČEZ.

Some ruling coalition partners were against the SE privatisation deal with Enel because it was unclear who would eventually own the shares. Enel is partly owned by the Italian government.

Enel has been careful about how it talks about the privatisation deal, but it did describe concrete steps it had taken to eventually sell the Italian government's shares.

"Enel yesterday [October 4] launched its road show for the sale of up to 20 percent of the company's stock, which is still held by the [Italian] treasury. This could bring the treasury's stake in Enel down to 30 percent," Ralph Traviato, Enel's press spokesman, told The Slovak Spectator in early October.