FROM Tesco to Provident Financial, British businesses are making an impact on Slovakia. In fact, Britain is one of the top investors in Slovakia, with nearly 100 companies employing mostsly Slovak nationals.
Britain continues to contribute to Slovakia's cultural scene as well with science exhibits, jazz greats and art shows. In an interview with The Slovak Spectator, British Ambassador Judith Anne Macgregor talks about the relationship between the old and new EU nations, and about Britain's open labour laws. 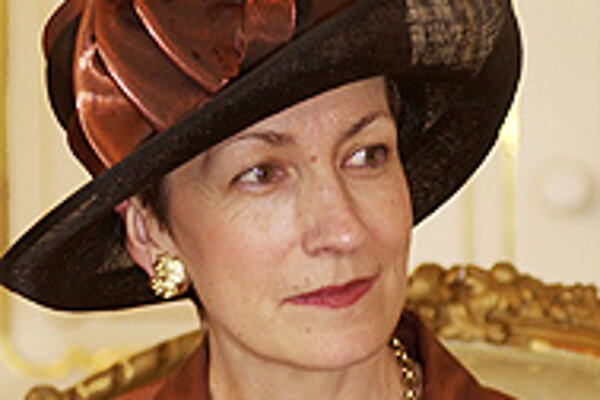 Font size:A-|A+  Comments disabled
FROM Tesco to Provident Financial, British businesses are making an impact on Slovakia. In fact, Britain is one of the top investors in Slovakia, with nearly 100 companies employing mostsly Slovak nationals.

Britain continues to contribute to Slovakia's cultural scene as well with science exhibits, jazz greats and art shows. In an interview with The Slovak Spectator, British Ambassador Judith Anne Macgregor talks about the relationship between the old and new EU nations, and about Britain's open labour laws.

The Slovak Spectator (TSS): The community of Slovaks living in the United Kingdom started to grow after the fall of the Iron Curtain in 1989. Though official numbers talk about a 1,000-strong community, the number is presumably higher. Has this development gone both ways? Is there increasing interest in Britain in visiting Slovakia?

Judith Anne Macgregor (JAM): British nationals do not have to register with the British Embassy so we have no precise figures for the British community here. However, there is certainly a growing interest in Slovakia within the UK. This has been helped by Slovakia's entry to the EU and the direct flights that are now available. In addition to Sky Europe and Austrian Airlines, easyJet will begin operations between Luton and Bratislava next month.

Overall we are aware of some 90 UK companies that have invested here though, rightly, the majority of their employees are Slovak. To date there is very little Slovak investment in the UK, however I am sure this will increase as Slovakia's economy continues to flourish.

JAM: Slovakia has many advantages for the British investor. It offers a skilled workforce with a high standard of English and favourable labour laws. Comparatively lower labour costs and a favourable flat rate tax are also key factors. UK companies look at Slovakia's strategic location, its proximity to major clients and to other expanding economies. The establishment of industrial parks and business incubators is attractive to UK companies as is Slovakia's eligibility for EU structural funds.

We already have substantial investment in Slovakia. You cannot go very far without seeing a sign for Tesco. We also have significant investments with the presence of Linklaters, Allen & Overy, Logica and Provident Financial, and through CP Holdings in the Spa Resort in Piešťany.

TSS: Are you satisfied with the British business presence in Slovakia? Has the business potential been fully explored?

JAM: I would certainly like us to increase UK investment. However, we are the eleventh largest exporter to Slovakia (and tenth largest export market) and we are also the seventh largest investor in Slovakia. My embassy is receiving more and more enquiries from UK companies looking to increase their presence here. The more that bodies like SARIO [Slovak Investment and Trade Development Agency] can do to help UK companies find good Slovak partners, the more investment, including outsourcing, will come to Slovakia. Tier 2 and 3 automotive component suppliers already have plans to set up operations close to their major clients.

There are also major opportunities for the UK with Private Public Partnerships (PPP), which we profiled successfully during the visit of the Lord Mayor of London in July. Slovakia is just starting to focus on this major area and is currently working on its strategy. The UK is responsible for over 90 percent of all PPP projects worldwide, so we are well placed to help Slovakia.

TSS: None of the fears of a vast wave of immigrants from Eastern Europe seeking work in the older EU members, particularly in Great Britain, have materialised in the months since EU expansion. What are Britain's experiences so far with Slovaks seeking work?

JAM: Our experience is very positive. By our estimates some 91,000 people from the new states have registered for work since May 1, of which Slovaks represent roughly 10 percent. Overall we believe our policy of an open labour market has contributed some Ł120 million to UK GDP during this period. The evidence is clear that people from the new EU states have come to work not to seek benefits. The demand is large. Over half a million jobs still need to be filled in the UK in the skilled labour market, from hotel services to construction, and there are seasonal jobs in the agricultural sector. I am glad so many Slovaks have been successful in finding jobs but some others of course have not. It is certainly best to apply before you go and to have good English. A guide to what you need to know about working in the UK can be found at www.i-uk.com.

TSS: A mutual Slovak-British photo project will be held in November as part of the Month of Photography festival, and there will also be a science exhibition, called United Kingdom Space. Such events are intended to build relationships across cultural boundaries within the new EU. What other cultural projects is your embassy planning?

JAM: The photographic exhibition - Britain through Slovak Eyes, Slovakia through British Eyes - is in fact part of a larger initiative to build cultural links across the new member states. In Britain, this led to events for 70 talented young professionals from the new member states focussing on themes as varied as bioscience and innovative TV development. In Slovakia we have had rock concerts, film festivals, science exhibitions and English language workshops.

Looking ahead we have three British bands in the Nu Jazz Days festival at Club Babylon in Bratislava on 18 and 19 November. Three UK artists will show their work in the Challenge Exhibition in the Synagogue Centre for Contemporary Arts in Trnava, and several UK films will be shown at the Bratislava International Film Festival in December. The British Council is our cultural agency in Slovakia and works hard to build cultural contacts and support UK artists. Increasingly, however, as in the rest of the EU, the role of governments in orchestrating these exchanges will diminish.

TSS: Do you feel that Slovakia has been fully exploiting its tourism potential? What could Slovakia offer to British tourists?

JAM: I think Slovakia's tourist attractions are still to be discovered by the rest of the world. But there is much to offer, from weekend breaks in Bratislava to outdoor holidays in the Tatras. Now that there are direct flights to Bratislava, Slovakia should benefit from a steady flow of weekend tourists. However, these will chiefly be focussed on Bratislava and it will be important to spread tourism outside the capital.

Areas of particular interest to British tourists will be spas, golf (when there are more courses), skiing and other outdoor activities. There is also a major opportunity for Slovakia with corporate tourism. I see a market, too, in building regional tours based on a Prague/Vienna/Bratislava axis. Slovakia needs to market itself aggressively and of course intensify its investment in the service infrastructure.

TSS: The popularity of English has been continuously increasing. Have you seen the language barrier between the nations diminish over the past decade?

JAM: I think the language barrier - if there is one - is probably at its lowest level ever. I was at Košice and Prešov universities recently and found a huge interest there in learning English and studying in the UK. This is replicated at the British Council and other English language centres around Slovakia. We fund English language training to government officials from various Ministries and look for every opportunity to facilitate the teaching of English. I fear with so many Slovaks now speaking excellent English, there is less incentive for English speakers living here to learn Slovak - although I have tried to buck the trend. I also suspect that there will increasingly be an interest in the business community to learn a modicum of Slovak. I wish them luck!

TSS: Slovakia's tax reforms, though being praised by European institutions, also evoked concerns on the part of some older EU nations. Do you think that Slovakia's low taxes might in any way affect business or political links between the nations?