A LACK of publicity and the large distance between Slovakia and Great Britain are two of the reasons for the relatively low number of British investors operating in this country. However, there is a growing awareness in British business circles that investment in Slovakia can reap rich rewards.
John Baron, chairman of the British Chamber of Commerce in Slovakia, considers the favourable tax regime, strategic location and the low cost but high quality of labour, to be the key advantages that Slovakia has to potential UK investors. 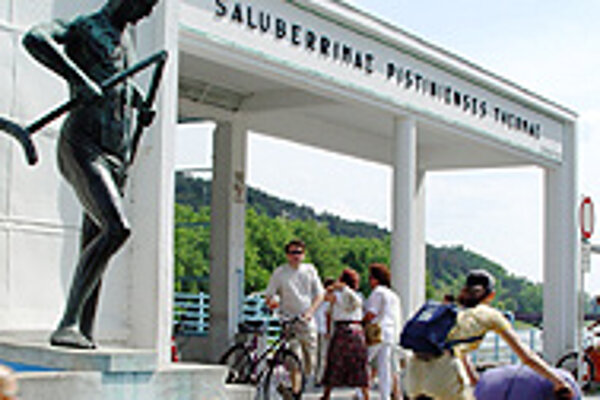 Font size:A-|A+  Comments disabled
A LACK of publicity and the large distance between Slovakia and Great Britain are two of the reasons for the relatively low number of British investors operating in this country. However, there is a growing awareness in British business circles that investment in Slovakia can reap rich rewards.

John Baron, chairman of the British Chamber of Commerce in Slovakia, considers the favourable tax regime, strategic location and the low cost but high quality of labour, to be the key advantages that Slovakia has to potential UK investors. However, he emphasised that Slovakia must seize its chance now before businesses start looking further east, to countries like Romania, Bulgaria and Ukraine.

According to the British Embassy, total UK investment in Slovakia has been relatively modest in comparison with other European countries. These are led by Germany, Austria and the Netherlands.

Overall the UK is now the seventh largest investor in Slovakia.

However, over 90 UK-owned companies are registered with the commercial section of the British Embassy in Bratislava.

Tesco is one example of how well British investors can do in Slovakia. In 1996 Tesco bought seven large stores here. Now they are the biggest retailer in the country, with 20 hypermarkets and five department stores.

The United Kingdom's share of Slovak imports and exports was only around 2 percent in 2003. John Baron admits that the British have not always paid attention to Slovakia.

"Frankly, British awareness of Slovakia has been not as great as it ought to be. It comes from a combination of factors. Firstly, it is a lack of publicity. I hate to say it, but Slovaks are the world's worst in promoting their own country.

"Secondly, it is also a question of the perception of distance, because the UK is at one end of Europe, and Slovakia at the other end.

Sadly, Brits do not always understand the geography of this part of the world. Even now I know people who confuse Slovakia with Slovenia and some are still talking in terms of Czechoslovakia rather than Slovakia," said Baron.

At the same time he pointed out that times are changing. The Chamber of Commerce is registering a lot more interest in Slovakia than before.

Baron cited the annual European Bank for Reconstruction and Development (EBRD) meeting as proof. At EBRD meetings each country has the opportunity to hold a presentation. Slovakia used to attract only about 25 to 30 people to its presentations in the past.

"This year at the EBRD meeting in London, the Slovak panel got over 200 people. Recently, a delegation from the City of London came to Slovakia under the leadership of the Lord Mayor, Robert Finch. A few days later, at a debriefing session that he ran in London, about 150 people took part," added Baron.

According to Baron, it was Slovakia that made the biggest impression on the London Lord Mayor of all the countries he had visited.

Baron thinks that tourism offers tremendous potential for future cooperation between Slovakia and British investors. Slovakia's natural beauty and places of interest create opportunities, especially in business tourism such as conferences and team-building sessions. However, to achieve this, some facilities would need to be refurbished and staff given more training.

Production outsourcing and setting up call centres are other fields that Baron sees as ripe for mutual cooperation.

"A lot of call centres have been built recently in India and the Far East. But Slovaks are very good at languages. A Slovak speaking English is far easier to understand than people from many other parts of the world. I think there would be a lot of scope for such work in Slovakia, especially in eastern Slovakia where there are not so many job opportunities," said Baron.

My argument is this is exactly not the case of Slovakia. We can look, for example, at the high quality of products coming out of Volkswagen, or US Steel."

Accession to the European Union has brought new opportunities, according to Baron. He thinks the Slovak 'economic package', including the flat 19-percent income tax and low costs now offered to investors, is exceptional.

Joining the euro zone will further enhance opportunities with the elimination of the exchange risk as regards trade within the zone.

"This may be a low cost economy but it is a very high quality economy. The low tax regime married to that really creates opportunities to grow the economy.

"Slovakia has to take advantage of it now because if we do not do it in the next two or three years, the whole FDI (foreign direct investments) wagon will move to Ukraine and Romania," the chamber's chairman pointed out.

However, Baron thinks that no country can afford to sit back on its laurels and Slovakia should now try to "harmonise" all the legislation and regulations that it has recently adopted. "There are still some anomalies between bits of legislation where this piece of law does not say exactly what another piece says. This needs some fine tuning," he added.

Apart from the big investors that the Slovak government recently succeeded in attracting (PSA Peugeot Citroen and Kia), the government should now also look at medium and small enterprises and investors as well, Baron concluded.