Fifteen years of democracy - and life

ON November 17, 1989, Anton Halko, a political prisoner, found himself free after 17 years and six months in prison. He ordered rum and a chocolate bar at the Leopoldov train station, and then boarded a train to Bratislava. He wanted to experience for himself the last buzz of The Velvet Revolution. 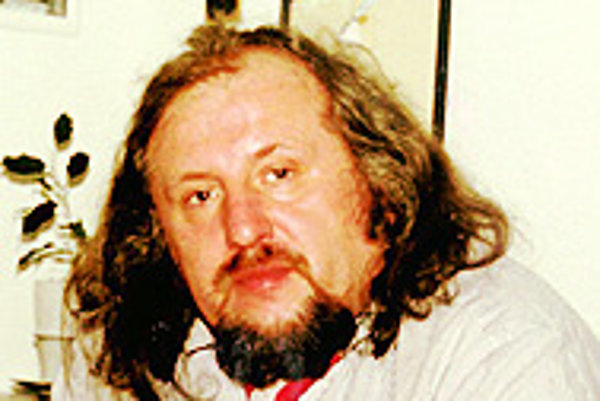 Font size:A-|A+0
ON November 17, 1989, Anton Halko, a political prisoner, found himself free after 17 years and six months in prison. He ordered rum and a chocolate bar at the Leopoldov train station, and then boarded a train to Bratislava. He wanted to experience for himself the last buzz of The Velvet Revolution.

Anton Halko is not a famous dissident, writer or another symbol of communist resistance. However, his story is not that of an ordinary man who we could so easily forget. Halko's is the sad tale of a ruined life and of the spirit's determination to live.

When Halko's story started, in 1972, he was an ordinary soldier, a joiner by profession, with a tragic flaw: he was a news hound interested in politics, history and art, and he loved to tune into two forbidden stations, The Voice of America and the Vatican, on the radio.

One day Halko decided to emigrate - or, in the eyes of the state - defect. His dream? He wanted to live in America, find himself a wife, raise children and work as a joiner. No more, no less.

"I was expecting two or three years maximum for desertion and attempting to cross the border," Halko said.

The government officials of the 1970s described Halko as a man with an "infected ideology". Halko describes the officials as part of a regime bent on setting him up as an example of what happens when you try to leave.

"To think that you could get away with only a few years of imprisonment was total ignorance," Rudolf Dobiaš, a writer and former political prisoner, says about that time in history.

Dobiaš has been documenting victim stories of the communist "witch hunt" for 15 years. According to him, officials had to treat cases like Halko's with an iron hand, to prove that they could maintain law and order. Dobiaš spent six years behind bars himself.

Halko's trial was absurd. The prosecutor asked for the death penalty.

"They accused me of espionage. But I couldn't even put a sentence together in a foreign language! And I certainly wasn't in possession of any strategic information," he said.

Halko was lucky. He escaped the death penalty and received a sentence of 14 years in prison.

"Apparently, 14 years proved to be too little."

Halko insists that he would have died in prison if it were not for the 1989 revolution.

In order to grasp how the system worked, let's analyze Halko's story in greater detail.

"On June 11, 1972, just after midnight, when my guarding duty was over, I did a 'runner'. Our battalion was guarding the border, and I ran through the woods towards Germany. The weather was terrible, and the heavy downpour made me lose my way. I managed to start a parked motorbike but after a few kilometres, I ran out of petrol. It was almost dawn when I spotted a parked Fiat. I disturbed two lovers and asked them to give me a lift to the border area.

Did Halko threaten them with a weapon? He insists he did not. So why did his rifle fire a shot?

Halko explains that the "willing" driver worked for the police.

"He parked at the petrol station and, together with the shop assistant, took my rifle away and tied me up. I didn't even try to resist. I knew my plan was over. I didn't want to use the weapon under any circumstances."

Ballistic examinations of the rifle later proved that the shot had been fired when it hit the car floor. This is the scrap of evidence that saved Halko from the death penalty.

"After I was arrested, I was asked to take a shower. They didn't want me to go to prison smelly and sweaty. As soon as I'd taken my clothes off, four policemen entered the bathroom. They beat me up so severely that I thought they had cut me in two. I fell unconscious. Many beatings followed but the first was the worst."

Halko's first Christmas behind bars in Ruzyň prison in Prague is, ironically, a happy memory.

"James Smith, 47, from London, was my inmate. He worked as an expert in a factory called Tesla in Jihlava. He was also accused of espionage, but he received many visits from the British ambassador.

He was allowed to receive more parcels than the other prisoners but he was always happy to share. Our friendship lasted only a very short time, though, as James was expelled from then-Czechoslovakia straight after Christmas.

"I trusted him very early on. He always helped me after the beatings. I revealed to him that I was going to pass through the Vatican on my way to America, where I would meet Andrej Paulíni, my relative.

"In the past, [Paulíni] had helped two locals from Rajčany emigrate to the USA. I believed he would be able to help me as well."

After the beatings, Halko confessed his plans to the court. "But that wasn't enough for the shouting prosecutor. He fabricated evidence of espionage against our republic and said I wanted to fight alongside Americans in the Vietnam War.

The retaliation of Pinochet

After Halko's main process hearing, he was escorted from prison in Plzeň to Leopoldov.

"In 1973, Pinochet gained power as the dictator of Chile, a move that upset communists. The Leopoldov guards bullied the prisoners as a reaction against Pinochet. Those in charge decided to move all the political prisoners into a separate ward, into high security prison within a prison."

At the Helsinki conference in 1977, the Czechoslovakian government agreed to respect human rights. Inspired, Halko wrote a secret letter exposing the physical abuse of the political prisoners at Leopoldov. The letter, addressed to Paulíni in the Vatican, would be broadcast to Western Europe using Vatican radio.

Unfortunately, the letter was confiscated before it left the prison and Halko received an extra four and half years in prison for attempting to discredit his country's reputation abroad.

"As a prisoner, I cleaned copper and aluminium cables for nine years. After that, we worked on Czech jewellery for export. Not many people knew that slaves made those lovely pieces. In the end, I couldn't tell the difference between blue marble and red cylinder."

Halko says that books saved him from going completely mad, helping him overcome hardship and avoid taking painkillers or hallucinogenic teas, like some did. He liked lyric prose the most.

The parcel that did not find him

According to Halko, he felt political changes inside the prison after Gorbachev came to power in Russia. He even received a radio, for which he had applied 12 years earlier.

"I nearly fainted when a guard offered me half his snack," says Falco, remembering another positive sign.

"Shortly after the snack incident, I was selected to compete in a knowledge contest. When I saw the prison meeting room after all those years, I felt as if I was at the centre of a cultural palace.

Halko won the competition, winning access to an extra parcel. But before his parents were able to pack it, the Velvet Revolution arrived, and Halko was set free.

He boarded the train to Bratislava on 8 December 1989, spending his first night as a free man in 17 year in a stranger's flat. Ironically, the stranger who had taken him in was an official from the People's Militia.

The two spent all night discussing politics. Halko insisted that he did not want to retaliate against his captors. Only once, after he had left Bratislava with a girlfriend for the Czech Republic, does Halko admit to wanting to visit the prosecutor and the judge and ask if ruining his life had been worth it to them, if it had helped their careers.

To America and back

"After I returned to my hometown of Rajec, I got a job as a locksmith. After two years, the company laid me and almost everyone else off."

Halko eventually received financial compensation for his years in prison: Sk2,500 (€60) for every month, totalling €5,625.

Is it a lot? Would you swap your life with his?

"One of the locals in Rajčany complained about paying my compensation out of his taxes. We solved our differences in a fight," says Halko.

According to Halko, many people envied his "windfall".

"They expected me to be a respectable, boring man, suited to my age and watching TV all the time. Neighbours got irritated when I partied with friends. Some became jealous of my trips abroad. I just wanted to discover the world - something that had been denied me for 17 and a half years."

Halko spent his money financing his original dream: going to America. He brought back a 20-centimetre-tall Statue of Liberty that he carried with him always. On his fifth trip to the States, he wondered if he should stay there for good. But when the customs officer checked his hand luggage and broke his Statue of Liberty, Halko felt a sense of foreboding.

Later, during a transit stop in New York, an immigration official arrested Halko on suspicion of illegal immigration.

"I was simply unlucky," says Halko. Then he smiles and corrects himself. "Actually I guess I was lucky. Otherwise I would not have met my wonderful wife, Helenka."

Halko spent six months at the Elizabeth Centre in New Jersey before asking to be deported. The fences, the bars on the wall - it reminded him too much of his prison years.

Halko met Helenka on a blind date through an agency. After a year of courtship, they married. Both dote on Helenka's son, a university student in Banská Bystrica.

Halko and Helenka live in the nearby countryside. "Next year, we will have the nicest garden in the whole village," says the man who had virtually lost hope of leaving prison 15 years ago.

Halko's story could be bittersweet if it ended there. Unfortunately, the challenge of finding work plagues him.

"Do you think employers want to employ someone who spent 17 years in prison? They would much rather close the door in your face. I don't even have to mention the fact that there were 5,300 collaborators with the secret police in the district of Banská Bystrica alone. In fact, I don't even mention my previous prison experience anymore. It always ends with a discussion about how much cheaper the milk was."

Anton Halko, a member of the political prisoners' confederation, will celebrate the 15th anniversary of the Velvet Revolution as an unemployed citizen. Since having an operation in September, he was let go from the security firm he worked for.

"At least I've got Helenka. And I will find a job," Halko says hopefully.