Under our favourite linden tree

THE ANCIENT linden tree growing in the park of Bojnice Castle is the property of the Slovak National Museum.
Legend has it that king Mathias Csák of Trenčín planted the tree in 1301, when the last king of the Arpád family, Ondrej III, died. 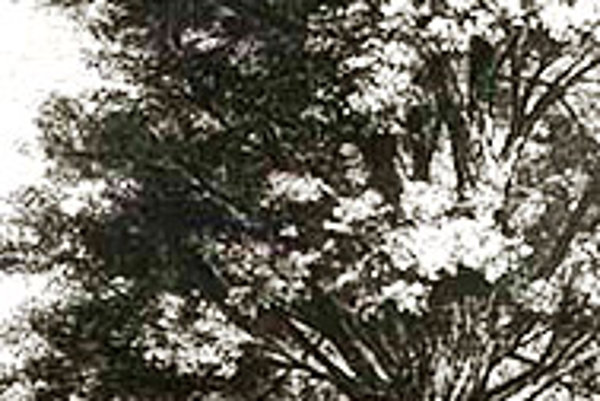 Font size:A-|A+0
THE ANCIENT linden tree growing in the park of Bojnice Castle is the property of the Slovak National Museum.

Legend has it that king Mathias Csák of Trenčín planted the tree in 1301, when the last king of the Arpád family, Ondrej III, died. During its long life the tree became a magnificent sight. At its fullest the crown was a massive 36 metres in diameter, the central branches reached a height of 28 metres, and the circumference of the trunk was 12 metres.

One of the castle's owners, the Hungarian king Mathias Corvinus (1458-1490), enjoyed sojourning in Bojnice, and used to hold great banquets under the spreading linden. His love of the Bojnice lindens is documented in a letter ending with the words "Sub nostris dilectis tillis bojniciensibus" ("Under our favourite Bojnice linden trees").

The National Museum linden tree has survived the vagaries of history - the Turkish invasions of the 17th century and the rebellions against the Habsburgs, for example.

Although it survived these merciless times of war and rebellion, the tree suffered as wind and weather harmed its outer reaches. Count Francis Pálffy, one of the castle's last aristocratic owners, took special measures to preserve it by putting iron hooks into its crown to protect the biggest branches from gale force winds.

By the early 1950s the great linden was decaying rapidly and in urgent need of treatment. Its three main branches had been severely damaged by high winds and other large branches had broken under their own weight. The gashes left by these breakages made the tree vulnerable to rainwater, attracting insects and causing rot. Some larger branches started to split, resulting in huge cavities.

In 1952 the castle authorities started to treat the tree. In 1969 the ancient linden was declared a protected natural site by the state authorities. Almost two decades later, Roman Vacho, initiated a project to rescue Bojnice's favourite linden.

This included planting new "daughter" trees under the supervision of Roman Leontovič from the Forest Research Institute in Banská Štiavnica.

By 1997 the tree had been saved. By treating the trunk with a preservative and coaxing the larger branches to keep growing, the tree lived. Since then only treatment against wood-decaying fungi and insects has been necessary.

Nowadays, experts and amateurs are involved in the linden's upkeep. Sponsorship partly pays for its upkeep and offshoots of this remarkable tree, which has, with a little help from its friends, survived the merciless beatings of time, are to be planted in the castle grounds.

For more information on the Bojnice Castle museum, and the linden tree visit www.bojnicecastle.sk