THE INTERNATIONAL Women's Club of Bratislava will hold their annual Christmas bazaar at the Old Market in Bratislava November 21. In this 14th year of the festive event, women from over 40 countries will be offering delicacies and souvenirs from all over the world.
The popular bazaar has become the signal to the international community in Bratislava that Christmas is just around the corner. 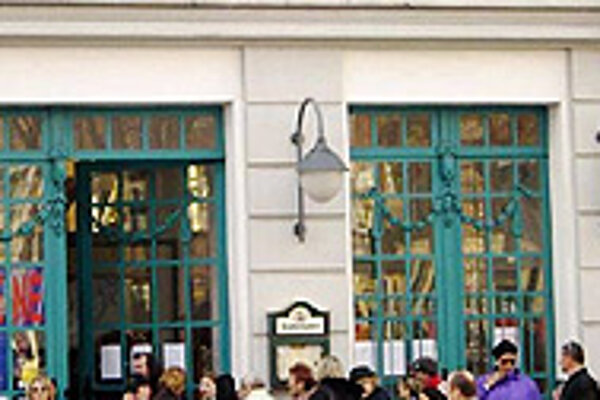 Font size:A-|A+0
THE INTERNATIONAL Women's Club of Bratislava will hold their annual Christmas bazaar at the Old Market in Bratislava November 21. In this 14th year of the festive event, women from over 40 countries will be offering delicacies and souvenirs from all over the world.

The popular bazaar has become the signal to the international community in Bratislava that Christmas is just around the corner. The variety of goods on offer is incredible. Imported wares from as far away as Turkey, Indonesia, Brazil and the USA are on sale. But perhaps it is the aroma of exotic, freshly cooked snacks that is attracting more and more visitors every year.

And nobody need have a bad conscience about eating too much, as all the money taken is donated to local charities.

"The bazaar has a dual purpose. Firstly, it is a way for the members of the international community to show how close they are to this country by giving money to local charities. Secondly, the event enables them to show something of their countries," said Lenka Peugniez, the club's president.

Weeks before the bazaar is due to start the club's members get together to plan the event, discussing logistics, negotiating the transportation of goods, and swapping anecdotes about years past. Some are old bazaar hands, others newcomers.

"This will be the first time I've been involved in something like this," said Lenka Procházková from the Czech Embassy. "I love these kinds of events. I have always visited them with my children. They have such a nice atmosphere."

Her embassy plans to defrost visitors numbed with winter cold by offering hot mulled wine and shots of Becherovka. To complement these liquid refreshments will be tasty Moravian sweet and salty cookies. Once thawed and fed, grateful visitors can check out Czech souvenirs, books and CDs.

Ukrainian Svetlana Pratsuk, a veteran organiser of the bazaar, knows that the night before she will be cooking pirogies filled with cabbage, peas, apples, and potato-mushroom mix. Another Ukrainian speciality is bread with bacon and garlic. To wash down these succulent combinations the Ukrainians will be selling good strong vodka with spicy pepper.

The Slovak table, one of 25 international tables at the bazaar, will for the first time be promoting other regions of the country. Crystal from Poltár, wine products from various regions, traditional crafts, honey-cakes and cheese from all over the country will be on offer. Zdenka Kukanová, the wife of Eduard Kukan, foreign affairs minister, will sign Cooking with the Ambassadors, a book she has prepared with the help of numerous ambassadors in Slovakia.

On offer at the Russian table will be traditional caviar, bonbons, vodka and interesting toys. Cocktail shaking will be the main attraction at the Brazilian table and Asian countries will sharpen up your taste buds with their spicy dishes. Scandinavia will be presenting the latest fashion in shoes.

"We will use the space to the maximum," said Viera Buchtová, the club's vice-president, who revealed that preparations for this year's bazaar started in September. This year's tables will be bigger than ever. Along the 25 international tables, the club directly provides space to charity organisations, which will be represented through their tables.

Each of the tables will be decorated in the spirit of Christmas and according to the traditions of their countries. Many of the participants will be dressed in national costumes. Another custom is to invite the wives of the ambassadors, and even their spouses, to actively participate at the event. Silvia Gašparovičová, the wife of Slovakia's president, has promised to draw the Grand Prize in the bazaar's raffle at 15:00 on the big day.

"It's a day we have to prepare hard for. It will be tiring and in the evening we will feel exhausted. But it's rewarding in the sense of getting to know the local life, the people," Buchtová said at last week's meeting of the club, geeing up its members for the big event.

Tickets to the Christmas Bazaar cost Sk50 and Sk100 and will be on sale at the entrance or at the Bratislava Information Centre on Klobučnícka Street from November 15.

Donations to the charity work supported by the International Women's Club of Bratislava (IWCB) can be paid in directly to the bank account: Tatrabanka 2621016207/1100.