Home is where the hurt is

WARRANTED or not, New Jersey has a bad reputation. To many New York enthusiasts, it's merely the wasteland across the river - a conglomeration of strip malls, highways, beer-guzzling frat boys, and the big-haired, third generation mafia daughters who love them. To Kevin Smith, it's home and the main source of inspiration. 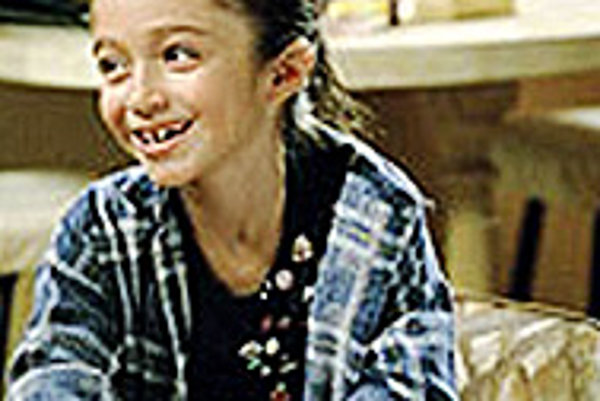 WARRANTED or not, New Jersey has a bad reputation. To many New York enthusiasts, it's merely the wasteland across the river - a conglomeration of strip malls, highways, beer-guzzling frat boys, and the big-haired, third generation mafia daughters who love them. To Kevin Smith, it's home and the main source of inspiration.

In 1994 he released Clerks, which combined a complete lack of cinematic technique with the sort of acerbic dialogue you'd expect from cynical young people in dead-end jobs. Suddenly, he was proclaimed the voice of disaffected youth. He rounded out his "New Jersey trilogy" with the less enthusiastically received Mallrats and the critical darling Chasing Amy.

His next two movies - Dogma and Jay and Silent Bob Strike Back - though bigger in scope thematically (well, at least the former is) and geographically, remained grounded in his beloved home and in his characteristic stoner humour. Critics divided over their quality, but his core audience remained as enthusiastic as ever. Their cynical hero, it seemed, could do no wrong.

But Smith has grown up, or at least he thinks he has. Gushy talk of his wife and child have dominated his interviews in the past couple of years. They have joined New Jersey as his primary inspiration, and Jersey Girl is the result. It's a very different sort of movie, but it's not so much a departure as it is a maturation.

This isn't artistic maturation, however. As with all his movies, it's a basic linear story, heavy on dialogue, with little of visual interest. Rather, the maturation comes from the characters. Instead of focusing on bored young people who have nothing better to do than smoke marijuana and talk about their sex lives, it features older people, with responsibilities, who spend their time drinking in the local bar or watching pornography in lieu of having sex lives.

Smith regular Ben Affleck plays Ollie Trinke, a successful young New York music publicist on an upward trajectory. He loves his flashy career and his doting wife, Gertrude (Jennifer Lopez), who is pregnant with their first child. After Gertrude dies in labour, Ollie medicates himself the only way he knows how: by diving into his work. But this is at the expense of his new daughter, Gertie, whom he regularly dumps on his father, Bart (George Carlin).

After a disaster at work, a dejected Ollie retreats to his father's house in New Jersey and finally devotes his energy to his young daughter. We know this not because we see it, but because Ollie spends an entire scene sobbing at the foot of his daughter's crib, apologising for his negligence, and basically explaining everything that happened in the first half hour of the movie. Not only is the scene painfully sappy; it also makes the entire beginning irrelevant: Why bother showing exposition if you're simply going to explain it all in one monologue?

This has always been one of Smith's major problems: He tells rather than shows. Okay, so he's first and foremost a writer. But he's an overrated one at that; his films have never been as funny or as clever as his devotees believe them to be. And movies consist of much more than dialogue, drug and sex humour, and basic plot. Or at least the good ones do.

It's true that Smith has a knack for capturing the angst of the young. But Jersey Girl is about growing up, responsibility, and familial love. Smith the family man may now understand these things, but Smith the writer very clearly does not. Instead, he has given us a movie that feels much like the stereotype of his home state: an artificial wasteland.