IMF: Fight inflation not the crown

THE SLOVAK crown continues gaining muscle. Even so, the International Monetary Fund (IMF) is concerned that the country's monetary policy will prevent Slovakia from meeting Maastricht inflation criteria for eventual euro adoption.
The National Bank of Slovakia says that it will continue cutting key interest rates as long as the crown is backed by economic growth, despite a recommendation by the IMF to keep the crown strong to fight inflation.
Analysts tend to share the IMF's concerns. 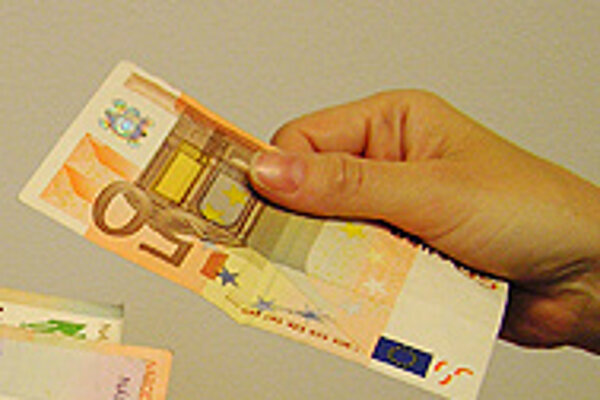 The National Bank of Slovakia says that it will continue cutting key interest rates as long as the crown is backed by economic growth, despite a recommendation by the IMF to keep the crown strong to fight inflation.

"The IMF has joined others in raising concerns over the present nature of Slovakia's monetary policy. We fully agree with the fund that Slovakia is not yet out of the woods in terms of bringing inflation to EU levels," Ján Tóth, analyst with ING bank, told The Slovak Spectator.

"Taking into account an unprecedented pick-up in foreign direct investment, productivity levels and labour costs in the Slovak manufacturing sector, we agree with the IMF that that the present rate of the crown is not hurting Slovak exports. In fact, we remain optimistic about the growth of Slovak export capacity in the next three years," Tóth added.

Silvia Čechovičová of ČSOB also agrees that the central bank should focus on reaching inflation targets rather than tempering the crown's rising strength with interest cuts.

"The strengthening of the crown has helped to push inflation down this year. According to the central bank, inflation should move between 2.4 and 3.3 percent. It is quite an ambitious goal and if the National Bank of Slovakia intends to meet it, the bank must allow the crown to grow even stronger," Čechovičová told The Slovak Spectator.

The National Bank of Slovakia has already cut the crown's interest rate three times this year.

She said, "At the beginning of next year inflation will drop considerably. An inflation slow-down is reflected in an increase in real wages, which could, incidentally, cause demand pressure. However, if the central bank weakens the crown by cutting interest rates, it could evoke further demand pressures that could inflate prices."

Bankers say that players on the world currency market find the Slovak crown attractive. On November 16, the crown firmed by 10 hellers to end the trading day at 39.48 crowns to one euro. The Slovak currency became the strongest against the US dollar since August 1996.

According to the National Bank of Slovakia's governor, Marian Jusko, the crown's appreciation continues to be influenced by two factors: an improving economy and an influx of speculative capital.

"Distinguishing the degree of influence of these two factors is complex - perhaps impossible to determine them exactly," Jusko told the news wire SITA.

Jusko claims that the National Bank of Slovakia will only fight appreciation triggered by speculative operations.

In its preliminary report, the IMF mission to Slovakia noted that the country faces the challenge of meeting the Maastricht criteria on inflation and the fiscal deficit, and that the government should adopt more ambitious goals for 2005 than lowering the deficit to 3 percent of its gross domestic product.

According to Finance Ministry State Secretary Vladimír Tvaroška, the IMF recommends that Slovakia target its 2007 deficit to 2.5 percent of GDP.

"The inflation rate, though falling, is well above the euro area average, and bringing it down to the Maastricht level will require further effort. Interest rate cuts and fiscal stimulus, combined with other factors, could lead to an increase in underlying inflation," reads the IMF report. The IMF recommends that Slovakia avoid excessive accumulation of fiscal reforms in the short-term, and to adopt stricter fiscal policy in 2005.

According to the IMF, additional fiscal consolidation will become more difficult for the country, particularly in light of the costs associated with the pension reform. (Pension costs are expected to increase the state deficit by one percent, bringing the deficit closer to 4.9 percent of GDP.) Slovak Finance Minister Ivan Mikloš, attending a November 17 session of the Council of EU Finance Ministers in Brussels, said that Slovakia would likely adopt the euro in 2009 - one year later than it initially wanted to.

The Finance Ministry seems to have given up the idea of adopting the euro in 2008.

Although the EU acknowledged that pension reform costs would not be taken into account when assessing Slovakia's euro adoption criteria, it would not make much difference, Mikloš told the news wire TASR.

"We need a formal decision whether or not to apply for entry into the ERM II [new exchange rate mechanism] so we can decide when to adopt the euro. Informal agreements are not enough, and a formal decision will be taken in March, at the earliest," Mikloš said.

The aim of ERM II is to maintain exchange-rate stability between the euro and participating national currencies. Stability is important to ensure that excessive exchange rate fluctuations do not cause problems on the internal market.

Once entered, Slovakia would remain in the ERM II for two years. Mikloš expects entry in the first half of 2006, TASR wrote.

The IMF also recommends that the Slovak government search for ways to cut taxes on labour, encourage investments, and improve tax administration.

According to the IMF, Slovakia should continue dealing with its unemployment problems and suggests that one of the cures would be enhancing labour mobility. Despite its criticism, the IMF gives credit to reforms made to the Labour Code and national social security system.