ACCORDING to Health Minister Rudolf Zajac, it is time for the Slovak healthcare system to get back on its feet. And if anyone knows, it is Zajac.
As the official in charge of curing the country's ailing healthcare sector, Minister Zajac claims to be the first minister to openly inform Slovak citizens about the reality of the nation's healthcare system.
In an interview with The Slovak Spectator, Zajac talked about the aches and pains the system suffered under the communist regime, the antidote of his new healthcare reform and the risks and hopes that go along with it. 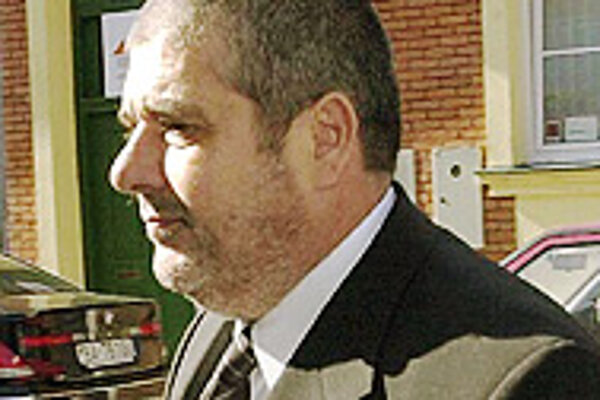 Font size:A-|A+0
ACCORDING to Health Minister Rudolf Zajac, it is time for the Slovak healthcare system to get back on its feet. And if anyone knows, it is Zajac.

As the official in charge of curing the country's ailing healthcare sector, Minister Zajac claims to be the first minister to openly inform Slovak citizens about the reality of the nation's healthcare system.

In an interview with The Slovak Spectator, Zajac talked about the aches and pains the system suffered under the communist regime, the antidote of his new healthcare reform and the risks and hopes that go along with it.

The Slovak Spectator (TSS): The first critical step in healthcare reform - the adoption of the necessary legislation to enact reform - has been taken. What steps will follow?

Rudolf Zajac (RZ): The reform legislation truly brings crucial changes [to the sector] and I am deeply convinced that these changes will help get the Slovak healthcare sector back on its feet. Now the implementation phase will start. We have to prepare executive guidelines for the laws.

Payments to health insurance companies will increase and patients will have an option to pay for additional individual insurance. All this should happen without citizens noticing any negative impact on their wallet.

All patients should notice is a gradual improvement of the quality of healthcare and better services from health insurers.

TSS: What impact will the transformation of health insurance companies have?

RZ: Citizens should notice a change in the quality of customer service they receive, not only from health providers but also from insurance companies.

Insurance companies will have to demonstrate more interest in their clients because they will be competing for them. Competition will increase after new insurance providers enter the market. At the moment, reports show that 19 entities intend to operate communal health insurance companies. I welcome these steps.

TSS: Does the government health department still carry the debts of the communist system?

RZ:When I took over the health department, I found it drowning in debt, but the measures we adopted have already started reducing it. We assume that in 2005 the deficit will stop increasing. The Slovak healthcare system was extensively developed under socialism, which resulted in general redundancies, in the number of hospital beds and services as well. Resources have not been used effectively.

We have too many healthcare professionals in hospitals with too few functioning in clinics. However, even "older" countries like Germany have problems managing healthcare.

Essentially, there was a 14-year delay in the transformation of the Slovak healthcare sector. This delay is reflected not only in the health department's shrinking resources compared to other departments, but also in the decline in the quality of care available.

I am the first minister to openly inform citizens about the reality of the healthcare sector. My team and I have pointed out several reasons for its ailments, and we have also started seeking a cure.

Now, our goal is not to increase patients' co-payments when it comes to covering healthcare costs, but to increase the effectiveness of the system so that it can operate on the finances that are available in the system.

The healthcare reform that parliament has adopted for the second time [after the Slovak president vetoed the legislation] will be more efficient than the current system and will not increase the financial burden of citizens. Moreover, it is in line with Article 40 of the Slovak Constitution. Still, the biggest changes will take place in the minds of the Slovak people.

TSS: How long will it take until citizens notice the first results of the reforms? What form will they take?

RZ: Changes will not happen overnight. Reform is a marathon and the race ahead of us requires additional effort. The adoption of healthcare legislation requires immense effort, and the whole system will start functioning gradually, perhaps in 2005. At that time, citizens will notice the first positive signs: higher quality of health services, reduced corruption, better treatment from physicians and nicer hospitals - at least according to my view.

TSS: What are the most important changes that healthcare reform laws will inject into the system? Parliamentary deputies have inserted numerous changes to the original draft. Have these revisions weakened the original intentions of the reform?

RZ: The philosophy of the reform is preserved. The changes pertained mostly to the technical side of the reform. Parliament has demonstrated political strength by improving Slovak citizens' lives. I am happy that lawmakers supported changes that, in the long run, will improve the quality of life for all the taxpayers of the country.

TSS: Still, the opposition intends to challenge the reform package at the Constitutional Court. They claim that it is at odds with the Constitution, which guarantees free healthcare to citizens. What impact could a court battle have on reform?

RZ: Critics have a right to challenge the [healthcare reform] package. Only the Constitutional Court can decide whether the reform is in line with the constitution.

TSS: What impact will reform have on socially weaker groups, for example, children?

RZ: One ministry cannot solve the social impacts of healthcare reform. We have shown schemes that make it obvious that people will not pay more, and that payments will be more justly distributed than before. We have sent a proposal to Labour Minister Ľudovít Kaník on how to distribute social aid to those who need it. If there is social assistance for transportation, I propose to establish special aid for those who, after paying their insurance, might slip into material need. There are very few people that the reform could potentially push to the edge of poverty.

TSS: Where do you see the Slovak healthcare system in two years?

RZ: Next year, the healthcare system should be effectively using the financial resources available to it. And by the end of 2006, healthcare institutions should be joint stock companies.

TSS: Do you think that citizens comprehend the reforms you have proposed?

RZ: Citizens understand that there is something wrong with the healthcare sector. The current system could not have been maintained in the long run. I am sure that people will understand that reform is here to serve them and to make public health insurance more effective so that we can address serious cardio-vascular and oncology diseases, and that emergency services can reach people with the right services at the right time.

Martina Jurinová and Jana Liptáková contributed to the report.