THE CONGRESS of the national trade unions (KOZ) rejected a proposal by several KOZ leaders to forge a strategic alliance with left-wing opposition party Smer. At the same session, the KOZ re-elected a Smer sympathiser for another four years.
The decision to strike down the proposed allegiance was unexpected, as the KOZ leadership had already decided to approve the resolution earlier this year. 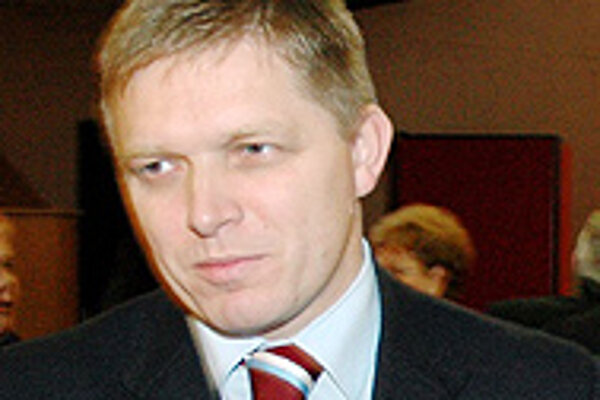 Font size:A-|A+0
THE CONGRESS of the national trade unions (KOZ) rejected a proposal by several KOZ leaders to forge a strategic alliance with left-wing opposition party Smer. At the same session, the KOZ re-elected a Smer sympathiser for another four years.

The decision to strike down the proposed allegiance was unexpected, as the KOZ leadership had already decided to approve the resolution earlier this year. In reaction, Smer spokeswoman Silvia Glendová stated that Smer respected KOZ's decision but noted she was "sorry the delegates succumbed to the cabinet's threats".

KOZ's plan to make Smer a strategic partner caused a political stir since the plan included pledging KOZ's support to the left-wing opposition party in the upcoming national elections in 2006.

Certain state officials warned the KOZ through media channels that if the trade union approved Smer as its strategic partner, the cabinet would no longer consider the KOZ a partner in the Social Partnership Council, an organisation in which employers, the KOZ (employees), and the government act as equal partners.

Economy Minister Pavol Rusko, head of the tripartite body, said November 12 that "if the KOZ decides to declare convergence to any coalition or opposition political party, from that moment on, the KOZ stops being a partner of the government".

Labour Minister Ľudovít Kaník joined Rusko, saying "if the KOZ congress formally approves the resolution on cooperation with Smer, it would be an obituary to the trade union's standard policy".

Minister Kaník used Smer Chairman Robert Fico's presence at the KOZ congress to declare a "public confirmation of the efforts to transform the KOZ into a political party branch".

The closeness of the KOZ and Smer was apparent one year ago when the trade union organised a petition calling for a referendum on early elections in protest against the current cabinet's measures. Smer, the most vocal opponent of the right-wing Dzurinda cabinet, supported the KOZ in the petition.

In an unofficial battle between the trade unions and the current right-wing cabinet, government ministers voted to abolish the Social Partnership Council to form a new body with a purely advisory statute.

According to Minister Kaník, the KOZ's efforts to forge a special partnership with Smer shows that the "KOZ is not behaving as the cabinet's social partner, but rather as a political opponent". Some observers say an alliance would help some KOZ officials get on the Smer ballot in the 2006 elections.

Several KOZ members are against a close alliance with Smer as well.

"Smer is just one of several political parties in the parliament. By what right does it try to take the dominant position [in cooperating with the KOZ]?" asked a congressional delegate, Štefan Mihalus. (Mihalus represents the education sector's labour union.)

KOZ's choice for president, Ivan Saktor, was among the strongest advocates of the union's strategic cooperation with Smer. Although Saktor, president for eight years, was the only candidate running for the post, he did not receive unanimous support. Of the 221 delegates voting, 170 supported him.

The national KOZ congress, which took place November 13 and 14, adopted a new union programme as well as resolutions calling for a more intense integration of trade unions in Slovakia. It also ended up approving a resolution to cooperate with all political parties.

"The KOZ is prepared to work with all political parties whose programmes correspond with the programme goals of the KOZ, and who express interest in such cooperation," states the new resolution.

However, some KOZ officials, such as Emil Machyna, say that although the unions have approved a compromise, "there is still only one party with which cooperation is possible, Smer".

According to Darina Malová, political analyst with Comenius University in Bratislava, it was unlikely that under Saktor the KOZ would change its planned cooperation with Smer despite the resolution that suggests the KOZ is open to working with other parties as well.

"It is very unlikely that the KOZ would work with the communists [Slovak Communist Party, KSS, a small uninfluential parliamentary party] or the [opposition] Movement for a Democratic Slovakia," she told The Slovak Spectator November 15.

In terms of membership, the KOZ remains a strong force, although trade unions are seeing a continuous decrease in members since the fall of communism.

According to Malová, the declining membership in the KOZ is a result of long-term indecision. Malová says the KOZ faltered in its efforts to negotiate with the cabinet on every single law and its failed attempts to organise demonstrations and marches.

"The KOZ failed to mobilize the workers effectively, and since the fall of communism, it has failed to negotiate with the government to increase the minimum wage. Because of that, many people wonder, 'What kind of unions are these?'," she said.