FOR the first time ever, Slovak citizens can redirect a part of their mandatory pension contributions into private pension funds. As of November 1, 2004, they have been able to do this by making arrangements with one of eight newly licensed pension administration companies.
The change is a consequence of pension reform legislation, precipitated by a significant drop in the active working population and an increase in pensioners that made the traditional "pay-as-you-go" system financially unsustainable. 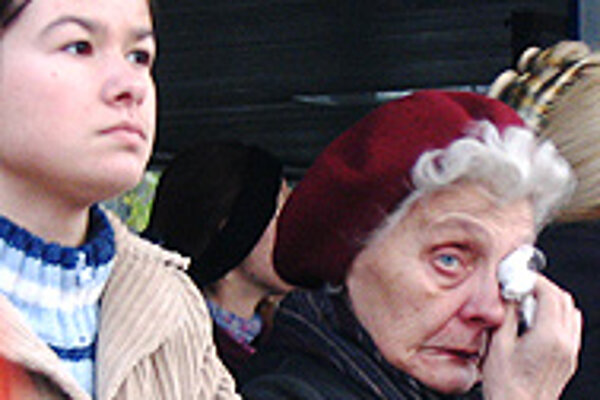 Font size:A-|A+  Comments disabled
FOR the first time ever, Slovak citizens can redirect a part of their mandatory pension contributions into private pension funds. As of November 1, 2004, they have been able to do this by making arrangements with one of eight newly licensed pension administration companies.

The change is a consequence of pension reform legislation, precipitated by a significant drop in the active working population and an increase in pensioners that made the traditional "pay-as-you-go" system financially unsustainable.

So far, eight Slovak companies have obtained licenses to manage private pension funds. They see the establishment of private pension funds (known as the capitalisation, or second pillar, of the state-controlled pension system) as a unique market opportunity. However, chances are that only half of them will survive.

The Slovak Spectator talked to the founders of newly established pension administration companies and some companies themselves. We asked them about the current state of the pension market and what is on the horizon.

The Slovak Spectator (TSS): Your company has decided to join the new pension fund system (the second pillar). What are your specific goals for this market - market share, number of clients?

Aegon: It is supposed that about half of the current working population, that is, about 1.2 to 1.4 million people, will opt to establish a private pension savings fund. Our aim is to capture 10 percent of the market share in terms of account holders as well as the volume of managed assets.

Allianz-Slovenská poisťovňa:We believe we can capture 20 percent of the market. The question is, 20 percent of what exactly? The government's official estimate says close to 50 percent of those who are eligible to open personal pension accounts will do so. That represents about one million people.

Credit Suisse Life & Pensions: Our plan is to have at least 200,000 clients or 20 percent of the market share.

ING: We believe that around one million citizens will choose to redirect part of their mandatory pension contributions into the second pillar. This is indeed a large number, given that 2.3 million people are economically active in Slovakia. Our target is to achieve 150,000 clients within the initial 18-month period. This number ensures long-term sustainability of our pension fund administration business.

Prvá dôchodková sporiteľňa: It is necessary for us to reach a relatively high number of clients so that a pension fund administration company can work effectively. The concrete number of clients depends, of course, on each company, but in our opinion, we need to attract about 150,000 clients to reach adequate returns. We know that the overall market potential in Slovakia is somewhere around 2 million citizens. The prognosis of how many people will eventually join the second pillar is at about 1.1 to 1.4 million. Our company would like to reach a significant position in the market with around 18- to 20-percent market share.

VÚB Generali: In our business plan we expect 1 to 1.2 million citizens to join the second pillar. At least, 1 million is a realistic expectation. We are calculating to capture approximately 20 percent of the market share. Thus, we would like to offer our services to 200,000 clients.

TSS: Why have you decided to offer private pension savings plans?

Aegon: Pensions and life insurance are the core business activities of the Aegon group all over the world. After the Slovak government introduced pension reform and created new business opportunities, Aegon felt the establishment of a pension administration company was a natural step.

Allianz - Slovenská poisťovňa: We are a market leader in Slovakia with about 6.2 million contracts. You cannot tell your customers that you cannot help them with their pensions. It was not a question of whether to join, but to what extent. If you consider customer relationships as important, you have to invest in products that capture the customer's interest.

Credit Suisse Life & Pensions: Pension fund management is a traditional business of Credit Suisse. We have extensive know-how in this area. With our economies of scale and cost sharing across Slovakia and other Visegrad countries (Hungary, Poland, and the Czech Republic), we enjoy a strategic competitive advantage in this market.

ING: First of all, I would like to stress that ING appreciates the extent of pension reform in Slovakia. We consider it one of the most progressive reform measures in Central Europe. Nonetheless, we still see room for further reform.

The strategy of our company is based on building long-term commitments. We actively seek opportunities to offer comprehensive services and quality products to our clients. ING has been on the Slovak market since 1991. Ever since our entry, we have aspired to become an active player on the developing pension products market. This was the main reason why we founded ING DDP (supplementary pension insurance) and ING DSS (pension administration company). In conjunction with a complete portfolio of life insurance products, ING can offer its clients a complete range of products that cover both active age and retirement.

It is worth mentioning the shareholders of PSS. They are important Slovak and foreign banks, such as Raiffeisen Bausparkassen Managementservice und Beteiligungsgesellschaft (Tatra banka, the third largest bank in Slovakia belongs to that group as well), Bausparkasse Schwäbisch Hall, Erste Bank der österreichischen Sparkassen, and of course, Slovenská sporiteľňa, Slovakia's largest bank. These names confirm that Prvá dôchodková sporiteľňa comes from a family of strong financial institutions, ensuring its long-term financial strength and stability.

VÚB Generali: The idea to establish a pension administration company emerged after evaluating the business experience and opportunities of founding companies, as well as know-how from other Central European countries. We consider the interconnection of a strong, trustworthy and efficient bank such as VÚB and an insurance company with great potential such as Generali beneficial to the client. Another factor is you do not find an opportunity to offer a new financial product to more than a million potential clients every day. In fact, with our capabilities, it would be more questionable if we had not established a pension fund administration company.

TSS: How do you think the pension market will develop in the next several years?

Allianz - Slovenská poisťovňa: Competition has already started, as companies have to reach a certain size in order to justify their investments. Let me give you an example. Croatia is comparable to Slovakia in market size. More than seven companies decided to provide pension insurance when the country introduced a second pillar. Now, there are only four of them.

Credit Suisse Life & Pensions: As the situation in Poland and Hungary suggests, the number of players will decrease by mergers and acquisitions in the medium term. We assume peaceful coexistence of four to five pension fund companies over the next four years.

ING:In light of what I just said, the expectation is that there will be room for approximately five or six companies in the medium- to long-term period. These remaining pension administration companies will acquire clients from the existing players. However, the market shares determined in the first two years will in all likelihood remain largely unchanged.

Prvá dôchodková sporiteľňa: The licence to establish a pension fund administration company was granted to eight companies. We do not expect a new company to appear on the market anytime soon. According to the law, the first client-gathering period will last until June 30, 2006. During this period companies will have to attract more than 50,000 clients to stay in business. It is possible that the market will consolidate at this time and there will be changes. On the several-year horizon, we expect that about four to six companies will stay on the pension market.

VÚB Generali: It is important to say that the number of clients as well as the size of the pension company will impact the cost and quality of products available to the client. It is questionable whether companies unable to attract 50,000 clients (the number required by the law) will be able to compete with companies with a larger number of clients.

The beginning of the reform is only before us. I would wait with such predictions like who will stay on the market and what their position will be. But it is clear that from the long-term point of view, eight companies are a lot for the Slovak market.