SIX NEW healthcare laws recently approved by the Slovak parliament are supposed to ensure not only improved healthcare but also sharper competition on the health insurance market.
Health insurers and the Slovak Health Ministry see new investment opportunities in individual supplementary health insurance (a type of coverage defined in the adopted legislation). 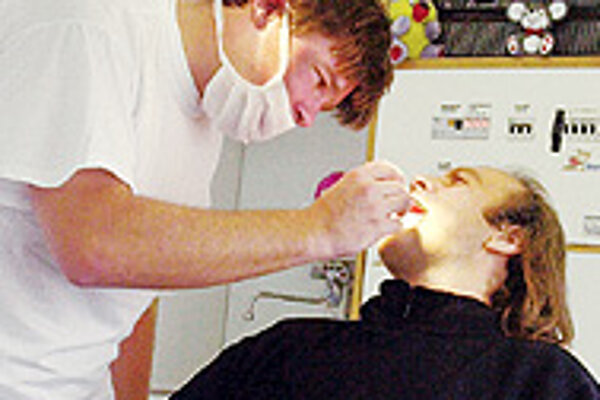 Font size:A-|A+0
SIX NEW healthcare laws recently approved by the Slovak parliament are supposed to ensure not only improved healthcare but also sharper competition on the health insurance market.

So far, only one commercial insurance company has decided to offer supplementary health insurance. The rest are waiting to decide or refused to comment on the topic.

Mário Miklosi, a spokesman for the Health Ministry, told The Slovak Spectator that the ministry is optimistic about the role of competition.

"The [healthcare] laws create a healthy competitive environment in which health insurers will compete for their clients with the quality of their services," he said.

According to the new legislation, public health insurance, paid for by all working citizens, gives people the right to basic healthcare services, such as medicine and medical aid. The insurance is mandatory, and the law determines the premium required and the extent of services provided. Only those insurance companies who sell health insurance exclusively are allowed to provide this type of coverage.

By contrast, individual supplementary health insurance is optional. Its aim is to give insurants the chance to get healthcare services of a higher standard than they would get through the public health insurance system. A contract between a licensed insurer and a client would establish the premium and extent of services.

"It is only in spa treatment that the public health insurance system will change, and this is not enough if we want a strong supplementary health insurance market," Velecký told The Slovak Spectator.

However, VšZP does not rule out offering supplementary health insurance products in the future, together with its traditional partner, Generali commercial insurance company.

Slávka Petrušková, an analyst with Sideria-Istota health insurance company, pointed out that insurants and insurers need a detailed list of the diseases, medicines, and medical treatment that is not covered by the public insurance plan so companies can develop appropriate supplementary insurance products and people can buy them.

"We do not suppose that these categories will be determined anytime soon, and that is why we are not considering providing supplementary health insurance products next year," said Petrušková.

On the other hand, Peter Kalenčík, the general director of Vzájomná zdravotná poisťovňa Dôvera, thinks that the new laws have created new market opportunities. He says there are no barriers for those interested in offering new products.

"VZP Dôvera is considering asking for a license to provide supplementary health insurance. We are convinced that part of the population is interested in a higher standard of services, and our goal is to offer our clients what they want. We want to tailor products based on the needs of those who are interested," Kalenčík told The Slovak Spectator.

Kalenčík agrees, saying that VZP Dôvera "welcomes competition and wants to be successful".

Union poisťovňa commercial insurance company was the first and so far the only company that has started offering supplementary health insurance in Slovakia. Its first products went on the market in October of this year. Union poisťovňa based its supplementary health insurance product on 12 years of experience in providing coverage to Slovak citizens travelling abroad - a segment in which Union has 50 percent of the market share.

Union cooperates in supplementary health insurance with chosen state and private healthcare providers. Its product is limited to the Bratislava and Trnava regions.

The insurance covers hospital rooms with a higher standard (if a hospital has such rooms), costs for some services performed by eye doctors and dentists, preventive check-ups, and guarantee a precise time for doctor's visits. A customer can get the one-year coverage for treatment abroad as a benefit.

"Union will be widening its network of partner healthcare providers so that it can react to the increasing demands of its clients," Drahomíra Juriková, Union spokeswoman and manager of the communication department, told The Slovak Spectator.

The know-how of Union is based on experience of shareholder Eureko B.V., whose daughter companies provide supplementary health insurance in Holland, Greece, and Poland.

According to health insurers it is too early to evaluate new health legislation and its impact on the market. They appreciate that the new laws are giving them more freedom to differentiate themselves in the healthcare sector.

The new legislation also gives health insurers access to stricter sanctions against debtors. To a certain extent, they also will be able to select which healthcare providers they want to work with, as long as it does not hurt the patient. The price of healthcare will depend on an accord between the health insurer and healthcare provider, which will help insurers better control their financial situation.

Health insurance still remains strongly connected to the state budget, however. The state will pay public health insurance costs for 60 percent of the Slovak population, and it has the right to determine the level of the premiums.

The laws do not introduce family health insurance coverage, which is common in other EU countries, nor does it eliminate so-called health insurance "tourism" - when clients change from one insurance company to the next, even when they are receiving treatment and the costs are being covered.