No future for 68ers

AS THE 15th anniversary of the Velvet Revolution passes, mostly foreigners have been celebrating. A series of government reforms - including income tax at a flat rate of 19 percent - recently earned Slovakia the World Bank's title of top business-environment reformer for 2004. American mogul Steve Forbes has said Slovakia is the domino that could push Europe toward freer enterprise.
The press for Slovakia has been good, as have the reforms, but 15 years after the fall of communism life is still a struggle for Slovakia's poorest citizens. About 18 percent of the population is unemployed. 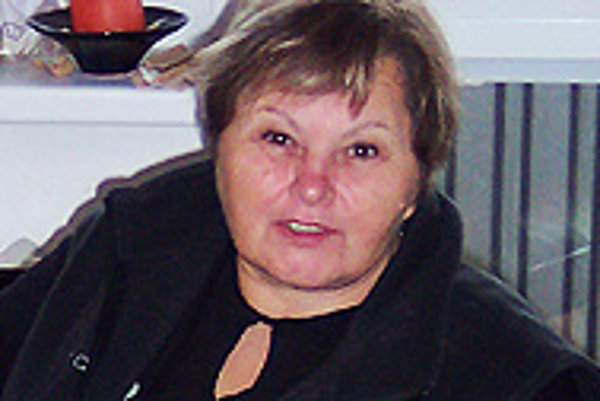 Font size:A-|A+0
AS THE 15th anniversary of the Velvet Revolution passes, mostly foreigners have been celebrating. A series of government reforms - including income tax at a flat rate of 19 percent - recently earned Slovakia the World Bank's title of top business-environment reformer for 2004. American mogul Steve Forbes has said Slovakia is the domino that could push Europe toward freer enterprise.

The press for Slovakia has been good, as have the reforms, but 15 years after the fall of communism life is still a struggle for Slovakia's poorest citizens. About 18 percent of the population is unemployed. The country's median monthly income is only $370 (€291). The average monthly pension is just $220 (€174).

Even with expected GDP growth of about five percent this year, Slovakia is not expected to approach the average wage of the European Union for three and a half decades.

The pace of growth can be especially frustrating to Slovakia's baby boomers. This was the generation that saw foreign troops quash pro-democratic reforms in 1968. They lived to experience the optimism of the revolution. They saw their hopes fade and the economy stagnate during a decade of wild politics and suspect privatisations. Now they face reforms that cost in the short term, and may not produce prosperity in their lifetimes.

"When we were invaded in 1968, that was about having freedoms, then suddenly losing them," Zdenka Kamiačová, 57, said. "When the revolution came in 1989, that was about freedom and economics. I expected a chance at a better life, like people in the party had. It's been 15 years. When's it going to come?"

Kamiačová, a pensioner, lives in a gloomy, and today, fogbound block of flats on the outskirts of Bratislava. Outside, concrete high-rises stretch into the grey horizon. Trams grind shrilly against their cables.

Kamiačová receives a monthly pension of about $300 (€236). It's enough for rent, utilities, a telephone, cable TV, a tram pass, food, medicine, and clothes.

"It's big enough to cover the basics," she says. "And so small all I can afford to do is sit alone in my apartment."

A college graduate, Kamiačová worked after the revolution for a construction company, a publishing house, and finally a bank. She was laid off in 2002. She retired after failing to find another job. A widow and mother of two, she says she expected the fall of communism to herald a better life, but her standard of living has not improved in 15 years.

"I don't have to stand in line for toilet paper any more. I can buy whatever books I want. And I've been abroad. But on the whole, I'm not any better off."

Yet Kamiačová is luckier than many: she worked for 13 years after the revolution, and her son, Andrej, has had a steady job since graduating college.

Bratislava, where Kamiačová lives, has an unemployment rate of just 9 percent. In eastern Slovakia, it's 25 percent. In some villages there, it's hard to find someone who has a job. Many belong to Kamiačová's generation: more than two-fifths of Slovakia's 489,000 unemployed workers, according to government statistics, are older than 40.

"Before the revolution, a person with a degree was handed a job - in a state office, in a factory, or in a cultural organisation," said Ján Bunčák, a 58-year-old sociologist at Commenius University in Bratislava. "There was a huge class of bureaucrats. A lot of them were unproductive, and in 15 years of free-market restructuring, a lot of them lost their jobs.

"Older workers who were laid-off have a hard time adapting. They don't know computers. Most don't speak foreign languages. They don't have experience starting companies, and anyhow, no money to do so."

Bunčák's generation has, not surprisingly, turned gloomy. A recent EU survey found 25 percent of Slovaks felt left out of society; seven out of ten were older than 55.

"Some of us, like me, have seen their lives improve," Bunčák said. "I've been able to publish. I've travelled abroad. I can do the research I want.

"But for many of us, life has gotten harder."

Slovakia's right-leaning government says a series of reforms to the welfare system, labour code and especially the tax code have put Slovakia on a path to prosperity. Foreign investment is on pace to more than double this year, according to SARIO, the government's foreign investment agency, and analysts expect GDP to grow by about five percent for at least a decade.

"Doing business here is a lot more attractive," said Peter Goliáš, an economist at INEKO, a Bratislava think-tank that sometimes advises the government. "A lot more investors are coming, which means growth."

Even so, Goliáš said Slovakia's economy would not catch up to economies of western countries for decades. A study by The Economist last spring predicted Slovakia's income per capita would hit the EU average in 38 years.

Critics say the government should, in the meantime, do more to ease the lives of the poor and elderly. Tax reform is a net burden to pensioners like Kamiačová. With a new flat tax rate on consumer goods, the price of everything from milk to concert tickets has gone up.

"It can be hard for a struggling pensioner to accept higher milk prices knowing the price of caviar has gone down," the sociologist Bunčák said.

"A millionaire shouldn't have his taxes cut while a factory worker has his raised," he said. "Flat tax may make sense in a stabilised economy, but not in a transitional one, where so many people are poor and unemployed."

A government survey last spring showed most Slovaks oppose the idea of pain now, gain later. About three-quarters of respondents agreed with the statement, "The government should try to make our lives better now, not in a bunch of years."

Like the United States, Slovakia had a baby boom, but sociologist Bunčák says the term never caught on here. His generation is more identified with the reforms and subsequent invasion of 1968.

That year Alexander Dubček took power after two decades of Stalinist communism. Dubček launched a series of reforms known as "socialism with a human face". Borders were opened, jailed "revisionists" were released, and media restrictions were lifted.

"Suddenly newspapers wrote about party debates and proposed reforms," Kamiačová said. "There was a national dialogue. That never happened before. We could go abroad. We could buy books that had been banned."

The Soviet Union disapproved of the changes, and in August, troops from the Warsaw Pact massed on Czechoslovakia's border. Ordinary people were shocked one morning to find tanks rolling through their streets.

"I worked at a post office," Kamiačová said. "We got a phone call: tanks were coming from the east. Tanks? Nobody believed it."

The Czechoslovak ambassador to the United Nations appealed for help in expelling the troops. He was refused. The Soviets removed Dubček and installed hardliners. Critics were sidelined and jailed. Reforms were rolled back. The economy entered a long period of decline.

The next big moment for Kamiačová's generation was the Velvet Revolution. In November 1989, students led protests that culminated in a peaceful handover of power by the communist government.

"It was our second chance at a decent life," Kamiačová said.

But Kamiačová was forced out of her job as a clerk at a construction firm. She found work in a bank. It was an era of uncertainty and chaos. Slovakia split from the Czech Republic, and Prime Minister Vladimír Mečiar launched an era of widely criticised privatisation.

"I watched the stealing with my own eyes," Kamiačová said, of her time at the bank. "I saw a two-billion crown (€50.1 million) shoe company privatised for a crown."

Records on privatisations are scant, but government documents show, for example, that state-owned companies sold for 18 percent of their value in 1997.

Economist Goliáš agrees - to a point.

"That's one-third of the time since the revolution, a long time, but the economic transformation here was going to take decades anyhow.

"Imagine a country where everything is owned by the government, every single business, and then all of it, all of the economy, has to change to private hands. That's a massive task. No matter what the government did, it was going to take a long time."

Goliáš says the reforms have put Slovakia on the right track, and the benefits will be evident in the coming years. Kamiačová says she has no hope they will improve her standard of living.

"My pension isn't going to get any bigger, and at my age, I'm not going to find decent work," she said. "The thing that bothers you is the feeling you never had a chance."