AUTUMN is a time for tidying up the garden, making bonfires, raking up endless leaves, painting garden furniture - getting ready for the onslaught of a Slovak winter. It is also a time for field mice to head down to their local estate agents and start choosing a warm, cosy hideaway in which to take refuge for the long cold season ahead.
On this last point, my partner and Viktoria, my daughter, put their feet down and made it abundantly clear that no mice or even mouse shall take up residence in our house this winter. 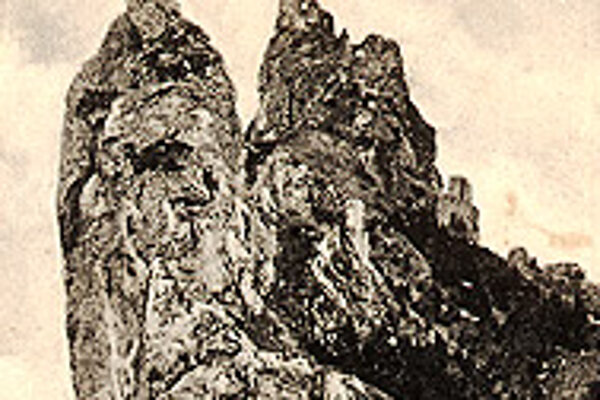 Font size:A-|A+0
VRŠATEC was just one of the numerous castles along the river Váh. In this picture from the 1920s, its ruins evoke the atmosphere of a fairy tale. And in fact, the history of Vršatec does reveal something story-like: The castle's inventory from 1574 shows that young goats were raised alongside tame wolves in its stalls.

The castle's location on a steep cliff meant it was unconquered for centuries. In 1663, even the 10 thousand-strong Turkish army marching along the river Váh did not dare lay siege to it, despite knowing it to be the hiding place of the local nobleman. Vršatec was finally conquered by the army of Hungarian aristocrat Imre Thököly, and shortly afterwards, in 1708, the royal army blew up its main buildings to prevent it from being used by insurgents.