A discovery to change history

"ONCE I was watching a programme on TV where they said that even stone has memory. After finding this church dating back to the Great Moravian period I stood in it and, recalling the TV programme, I started to wonder what the church's stone could remember - masses held in old-Slavic, maybe even the visit of [Greater Moravian ruler] Svätopluk on his way to Nitra. 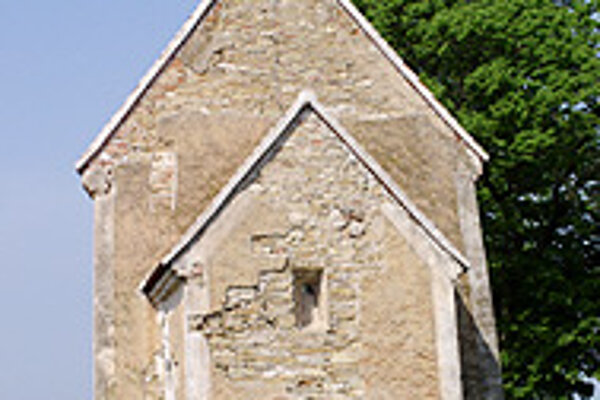 Font size:A-|A+0
"ONCE I was watching a programme on TV where they said that even stone has memory. After finding this church dating back to the Great Moravian period I stood in it and, recalling the TV programme, I started to wonder what the church's stone could remember - masses held in old-Slavic, maybe even the visit of [Greater Moravian ruler] Svätopluk on his way to Nitra. I was fascinated, even touched, by knowing that this is the place where our ancestors stood," said Peter Baxa from the Regional Monuments Board in Bratislava.

Baxa led the team that, in August 2004, identified an almost perfectly preserved church as dating from the Greater Moravian period in the 9th century. Baxa and his team made the discovery in Kopčany near the western Slovak town of Skalica, bordering the Czech Republic.

The local church of Svätej Margity Antiochijskej (Saint Margaret of Antioch) dates back to the 9th century, which makes it the oldest preserved church in the former Greater Moravian region.

"This is a discovery of great political and historical importance, connected with the brightest period of our national history - the period of Greater Moravia, a time of independence and glory for the whole Slavic world," Baxa said.

"The church of Saint Margaret of Antioch is the only, almost completely preserved Greater Moravian church. It is unique evidence and testimony of the Christian traditions that shaped Central European culture," he added.

Eighty percent of the original church has been preserved, which makes the discovery of great importance. "If you had suggested five years ago that a find like this would be made, you would have been laughed at. Something like this is akin to utopia," he added.

Prior to the discovery, experts assumed that everything from the Greater Moravian period had been destroyed. The church of Saint Margaret of Antioch, though almost 80 percent preserved, was presumed to be from a later period, and deemed unimportant by archaeologists and historians, following the 1964 excavations.

On visiting the site nearly thirty years later, Baxa felt curious. Something told him and his team that further excavation might indicate that the church was older than previously thought.

"Seeing that the church was really old, with very old windows, made us restless. So, we told ourselves: 'If Greater Moravia is there, we have to find it'," Baxa said.

Baxa and his team began extensive long-term excavations at the site. They mapped the remains of more than 70 tombs, from the 11th to the 18th century.

"We were using the gold mining, sifting technique, presuming that any older graves would have been destroyed, thinking the only chance would be to find their contents - jewels and other things buried there," Baxa explained.

They divided the whole area into one metre squares and began sifting, delving and documenting everything they found. "After six years we found the golden egg."

In the summer of 2004 the archaeologists discovered three previously unknown tombs, outlining the foundations of the church. They contained silver and gold earrings and two gilded bronze buttons. The experts determined that these findings dated back to the 9th century.

It was an historic moment.

Now the church will be the centrepiece of the Slovak part of the Mikulčice-Kopčany archeological park project, prepared in cooperation with the Czech Republic.

According to the mayor of Kopčany, Dušan Dubecký, the municipality plans to build a bridge over the river Morava to connect with their Czech neighbours in Mikulčice. They want to attract tourists to the area by improving the infrastructure, implementing a public information system and repairing the archaeological sites. The first masses should be held in the church in 2007, while the rough date for completion of the entire project is 2010.

"We plan to create a system, where people would come for a day or a week-long holiday, to explore the sites, do some sports and have fun," said the mayor, who mentioned the outdoor activities the area has to offer, including horseback riding, fishing, and swimming.

Conservationists want the church to be declared an official World Heritage site by the United Nations Educational, Scientific and Cultural Organization (UNESCO).

"This finding is concrete evidence and puts an end to any doubts. It proves that Greater Moravia was here as were the great men, Constantine and Method," said the archbishop of the Bratislava-Trnava diocese, Ján Sokol.

"It's very encouraging. God willing we will also find the tomb of Method."