WINDSTORMS levelled entire forests in the Tatra Mountains, toppling the nation’s pride along with them. The disaster left two people dead, billions of crowns in damages and Slovakia’s most popular tourist destination badly scarred.
Wind speeds were clocked at 170 kilometres per hour. The force of the gale knocked down the equivalent of 2.5 billion cubic metres of timber, or nearly a year’s worth of coniferous logging in one day. 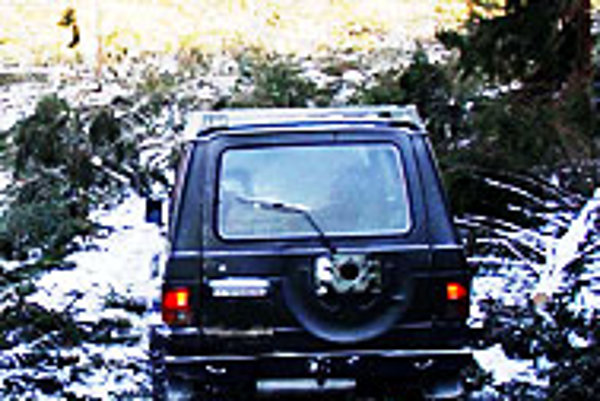 Font size:A-|A+0
WINDSTORMS levelled entire forests in the Tatra Mountains, toppling the nation’s pride along with them. The disaster left two people dead, billions of crowns in damages and Slovakia’s most popular tourist destination badly scarred.

Wind speeds were clocked at 170 kilometres per hour. The force of the gale knocked down the equivalent of 2.5 billion cubic metres of timber, or nearly a year’s worth of coniferous logging in one day.

According to Agriculture Minister Zsolt Simon, around 12,000 hectares of forest was destroyed, and another 12,000 hectares was damaged by the windstorm. The amount is approximately one half of all forested areas in the country.

All softwood logging in Slovakia has been banned indefinitely, and for the time being, the affected woods are closed to all except those involved in cleanup activities.

The Agriculture Ministry released Sk10 million (€250,000) to pay for immediate clean-up efforts. He said he would ask the European Union to provide additional economic assistance to ensure that the clean-up process proceeds and that the forest is restored.

“This is an emergency situation and extraordinary measures are required,” said Minister Simon. He estimates that it could take clean-up crews one and a half to two years to finish the job.

Officials convening in the Tatras to evaluate the situation registered shock at the extent of the damage.

Environment Minister László Miklós said the November 19 storm “is the biggest ecological catastrophe in Slovakia in the last 100 years”.

“It’s horrible to imagine, that the forests we are all used to seeing in the Tatras have disappeared, and we won’t see them for another 70 years at least,” he said.

When the storms hit, Gašparovič was in Krakow, Poland, on an official visit. The fierce weather prevented him from travelling by plane, and so the president and his delegation were driven back into Slovakia via the Javorina border crossing.

“What I saw [in the Tatras] is a horror for Slovakia as well as the whole of Central Europe,” said the President.

During the windstorm, a driver was killed and two passengers were injured when a tree fell onto a vehicle. A 28-year-old Czech tourist also died when a blast of wind blew him down a mountain slope between Štefánikova chata and Čertovica mountain in the Low Tatras where he had been hiking with companions.

Several villages in areas across the country lost power as a result of the storms. Blackouts were the most serious in central Slovakia, where Stredoslovenská energetika, the local power distributor, reported 65 damaged high-voltage lines and 96 municipalities without electricity.

Emerging from a crisis committee meeting held November 21 to discuss environmental restoration, Slovak officials called on citizens to join a national effort to revitalise the High and Low Tatras.

“The Tatras are not just our national symbol and a tourist attraction but also a major cultural and natural heritage. I therefore want to encourage all to a broad civic activity [to help],” said Prime Minister Mikuláš Dzurinda, himself a native from the High Tatras area.

The long-term impact on the nation’s wildlife and the Tatra mountains ecosystem is unknown, but experts expect the damage to be long lasting. According to forestry officials, renewing the destroyed areas would take decades and entire generations would pass before the trees grew big again.

In an effort to decrease the likelihood of winds toppling the forests again, forest experts will be planting a variety of deciduous trees to replace the predominately spruce forests that were ruined. Spruce trees have shallow roots and are more easily felled by strong winds than other varieties.

Minister Miklós predicted that rodents would probably multiply now that the forests had been levelled, and managing them could be a problem. Resorting to chemicals to eliminate them would not be a possibility because of potential contamination of water sources in the area.

“We don’t even realize how much work there is ahead of us,” the Environment Minister said.

Experts from the Tatras National Park (TANAP) were in the meantime assessing the damage to the wildlife that lived in the forests.

“At this moment it is impossible to estimate the damage to the animals,” Jozef Kováč from TANAP told the state run news agency TASR.

“Following the route from [Tatranská] Lomnica up to Vyšné Hágy, where deer are the dominant animal species, we have not seen a single animal track because of the volume of fallen trees,” said Kováč. He added that some of the animals might have sensed the storm coming and managed to hide.