ĽUBICA Trubíniová knows a thing or two about the environment. A former Greenpeace activist, Trubíniová is currently project manager at the Regional Centre of Environmentalists in Bratislava.
Trubíniová took time out to talk with The Slovak Spectator about the recent windstorm that destroyed huge swathes of forestland in the Tatra mountains and the Tatras National Park. 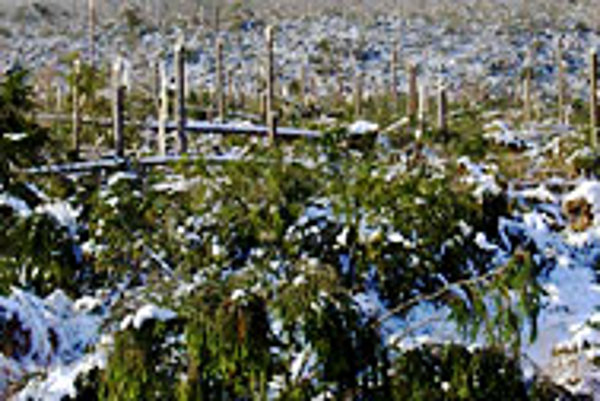 Font size:A-|A+  Comments disabled
ĽUBICA Trubíniová knows a thing or two about the environment. A former Greenpeace activist, Trubíniová is currently project manager at the Regional Centre of Environmentalists in Bratislava.

Trubíniová took time out to talk with The Slovak Spectator about the recent windstorm that destroyed huge swathes of forestland in the Tatra mountains and the Tatras National Park. The environmentalist believes that the destruction of our forests was unnecessary and preventable, and she stresses that Slovaks can take steps today to help prevent the loss of our most valuable treasure: our alpine wilderness.

The Slovak Spectator (TSS): Could the disaster that levelled the Tatra forests have been avoided?

Ľubica Trubíniová (ĽT): Natural forests can deal with severe weather, including windstorms, in a very effective way. Over the course of millions of years they have developed auto-regulatory and self-defence mechanisms, ensuring long-term health and survival. Unfortunately, man interferes with this ecosystem and alters natural selection. We build roads through the forests, erect power plants, cut down trees, and generate noxious emissions with our cars and factories.

Perhaps the first destructive interference with the Tatras’ ecosystem happened 80 years ago, when forest keepers planted conifers and inadvertently destroyed the delicate natural balance the forest had achieved over hundreds of generations.

Truthfully, the Tatras have been in bad shape for a while, especially the area along the Freedom Road where nearby factories and vehicle traffic choke the area with poison gas emissions. It does not surprise me that this is where the storm hit hardest.

TSS: I heard that most of the levelled trees had been weakened by parasites.

ĽT:This is a man-made problem as well. Trees of the same type and age are ideal breeding grounds for insects. In healthy, natural woodlands, there would have been a variety of trees of all different ages. If the Tatras’ forests had been natural, boring insects would not have been able to spread so widely and rapidly.

TSS: When the forests were levelled, animals lost their homes. What has happened to them?

ĽT: With their living environment irreparably damaged, many animals probably died. At this point, we can only estimate that the fauna is endangered. Still, the government grants hunting permits to kill 63 bears every year - around 10 percent of the whole bear population in Slovakia! Wolves, too, can be hunted between November 1 and January 15.

TSS: What can we do to avoid disasters of this kind in the future?

ĽT: Make the long-term health of the environment a priority. Policies based on ecological ignorance and lust for money threaten our environment. Look around you. Economic arguments - not environmental arguments - usually win. We routinely eradicate our woods, build dams, regulate rivers, construct factories and scatter toxic materials wherever we please.

TSS: How should the government revitalise our woodlands and the Tatra National Park?

ĽT: We need to leave the trees where they are to prevent erosion and potential flooding. Heavy removal machinery and chemicals should be avoided at all costs. When replanting, we must try as much as possible to simulate a natural environment by seeding the area with indigenous tree varieties. We must ban hunting and discourage “investment” activities, such as new hotel construction and ski lifts. And we should all use public transportation. Nature will take care of itself if left alone. The more we interfere, the more we destroy our most valuable natural treasure.